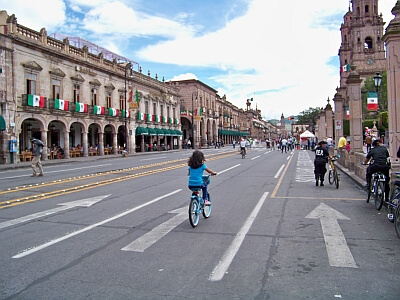 I just took a jaunt to Morelia, a place one guidebook calls “the coolest city you’ve never been to.” This is a destination in the state of Michoacan that is totally off the radar for foreign tourists. It gets almost no press, but it is definitely one of the most attractive large cities I’ve been to in Mexico. 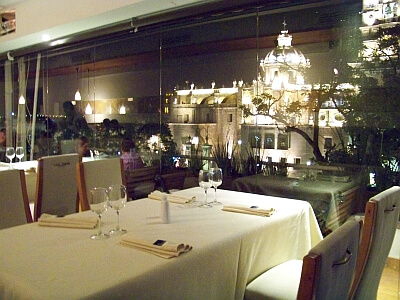 I stayed at the lovely Hotel Los Juaninos, right on the main plaza, across from the incredible cathedral. At night you get a perfect view from the hotel’s restaurant and some of the rooms have this view (pictured above) one floor down from their own window. It’s a former bishop’s palace from colonial times that became a hospital then a luxury hotel. I’ll have a full review of it posted later. It’s part of the Tesoros de Mexico group, which represents a whole collection of historic hotels with character in central Mexico. 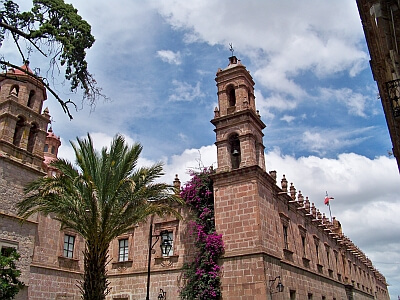 Morelia itself is an aesthetic delight, the center full of majestic stone buildings that date back centuries, churches with stunning interiors, and lovely parks. I could definitely live there. I might put on some pounds though: it’s main claim to fame is that it’s a center for Mexican sweets. There’s even a Mercado de Dulces that’s filled with vendors selling candy and a Museo de Dulces in a historic candy shop’s location. 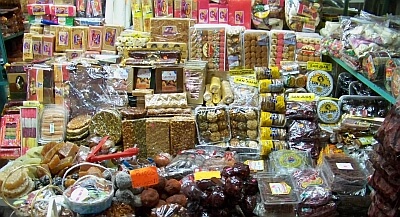 Here is one more photo to give you an idea of what Morelia looks like. More to come later, including when I inevitably return—one weekend was way too short. 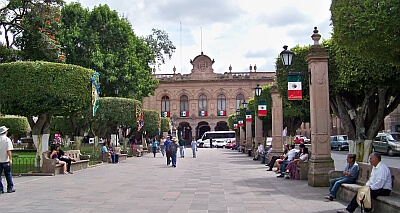 Scoping Out Lake Chapala and a Spa Hotel in Central Mexico

Where to Eat in Mexico City