A while back I reviewed the 12-year Flor de CaÃ±a rum, which is one of the easiest premium bottles to find at the luxury hotels and resorts we often cover in Luxury Latin America.

When I stayed at fabulous Mukul Resort earlier this year, however, at the top of my list after the sun went down was a visit to their rum room right off the lobby. See, Mukul was made possible by Carlos Pellas, of the Pellas family running the Flor de CaÃ±a rum empire in Nicaragua. If I was going to taste the subtle differences in their rum and get a expert explanation of what made each distinctive, this was the place to do it.

Bartender Daniel took us through the history of the company and how the rum is produced. I learned one key fact here: a 12-year rum with this label is 100% 12-year rum. The same is true as you go up the line to 25 years. This is not a given with many other producers. Some will, for instance, mix a barrel of rum that’s 12 years old with one that’s only aged four years and mark it as “aged 12 years.”

Flor de CaÃ±a also owns the whole vertical operation, so from the planting of the sugar cane to the labeling of the bottles, it’s all done in house, mostly in Nicaragua. They can strictly control the quality and consistency. This is also no cheap sticky rum that will give you a sugar high then a hangover. He poured a little in our hands and had us rub our hands together. Instead of feeling sticky like Coke, it felt smooth like hand sanitizer and left no sugary residue.

After a quick taste of the standard 7-year version that’s a staple in every bar, we moved up to premium. The 12-year served in a small brandy snifter was as good as I remembered, with the right temperature and glass seeming to lessen that hot bite I remembered at the end. You get a wide range of tastes with all the classic rum flavors of cloves, vanilla, caramel, and a bit of dried fruit overtones. 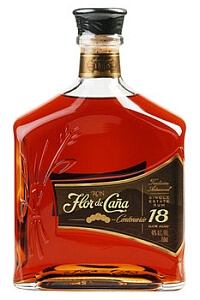 We moved on to the 18-year, which didn’t have as many strong spice notes as the 12. It’s more serious tasting, darker, something that would hold up better to a cigar. It was surprising to me how different it was from the 12, with the extra six years adding more heft and refinement. There were more notes of dark chocolate and roasted nuts. I’m not sure it’s better, just quite a bit different. At less than $50 at retail, it’s a great value.

The Centenario 25 has only been out since late 2013 and this elixir in a heavy crystal bottle is going to cost you: the list price is $140. That’s in line with many other super-premium spirits though, including some tequilas, and in the Scotch world that would be considered common. So how’s it taste? Honestly I was expecting to like it less than I did. Often when a distilled spirit has been in an oak barrel for that long, in a hot climate, the wood wrestles most of the other tastes out of the way and tosses them aside. This one is surprisingly balanced though. The wood, leather, and tobacco tastes are much more prevalent here than in even the 18-year version, but still this feels like a well-crafted sipping rum that’s far from one-dimensional.

The final verdict? Taste is very subjective, so my opinion is just my opinion. For my taste though, the 18-year is worth the premium, but barely. It does dial back some of that famous FDC bite in the finish, which is a positive. If I’m spending my own money though I’d be perfectly happy with the 12-year on my shelf as a regular sipping rum. And the 7-year works for that or cocktails. Would I spend $100 or more on the 25-year Flor de Cana Centenario? For an impressive business gift, absolutely. The gold embossed coin on the top of the cork stopper is a nice touch that’s classy, not pretentious. I know that when my recipient opened it, one swirl and sip would tell them it’s not just so-so rum in a fancy bottle—this tastes expensive.

Hey, there’s always a step up that could cost more: in the rum room at Mukul there’s a limited edition single-barrel family version that’s $500 a pop. “We’ve sold a few,” says Daniel. “but not many.” 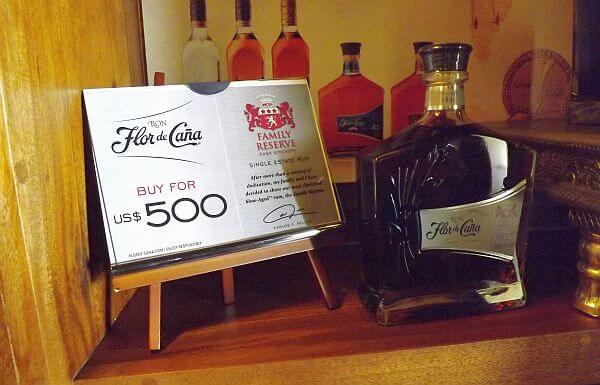 Bottom line though, this visit confirmed my feeling that this Flor de Cana is one of the best rums in Central America, and therefore one of the most reliable brands in the world to buy when you’re shopping for rum.