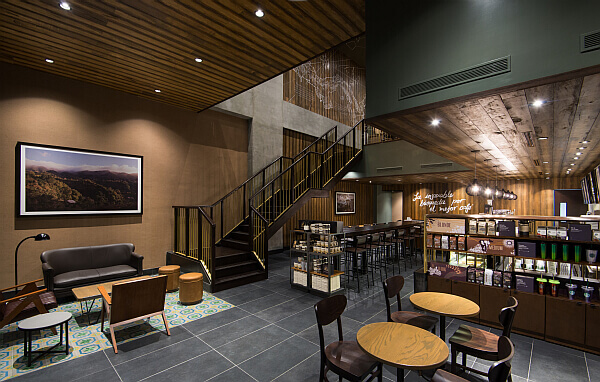 Depending on who you ask, the spread of global brands into every city we visit is either a blessing or a curse. It’s clear though that while many grumble about the proliferation of recognized logos creating a homogenized city look around the globe, they’ll still stay at the Marriott and duck into the Starbucks more often than not.

The big news in Panama City lately—bringing the usual cheers and jeers—was that Starbucks had arrived. It seems odd that it took this long since there’s seemingly one on every block in central Mexico City, but this summer marked the first. They’ll be making up for lost time though, with plans to open 20 stores in the next 5 years. There’s plenty of great coffee grown in Panama, of course, so thankfully they’ll be offering some locally sourced options.

This is the latest in a long line of announcements, however. While the once-great international trader Argentina hunkers down and restricts imports, Panama is furthering its global marketplace reputation. According to Duncan McGowan, founder of Punta Pacifica Realty and head of the Trump Ocean Club’s homeowner’s association, the coffee giant’s opening follows recent announcements of openings from The Burberry Group, Fendi, and Ritz-Carlton. These join already-established brands in Panama City like Gucci, Dolce & Gabbana, Cartier, and Salvatore Ferragamo.

On the hotel front, when we launched this site last decade, it was slim pickings for luxury hotels in the capital city and even mediocre, overpriced hotels were often sold out. It’s a whole different scene now as since that time there have been upscale introductions from the likes of Waldorf Astoria and Le Meridien, plus plenty of major brands such as Hilton, Riu, and Hard Rock. The latest is the arrival of Grace Hotels, which we hope to add to our reviews before the end of the year.

Adding to the allure of Panama is the low tax  structure. Retail sales are taxed at 7% and imported alcohol is taxed at 10%. (Compare that to Ecuador, where imported spirits are taxed at 75% plus $6.10 per liter. Not a fun job being a Johnny Walker promotion rep there…) 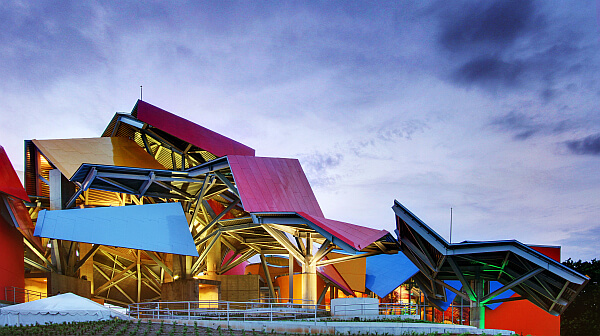 Conspicuous consumption is only one sign of economic progress, of course. More important to some is probably the excellent health care system, including one hospital that’s affiliated with a different kind of brand name: Johns Hopkins. The new Biomuseo pictured above bears one of the best-known brand names in architecture: Frank Gehry.

And hey, if Panama is not in your immediate plans, don’t forget that this is the gateway to the Americas, the hub for Copa Airlines. You can always book a long layover and go on a low-tax shopping trip…