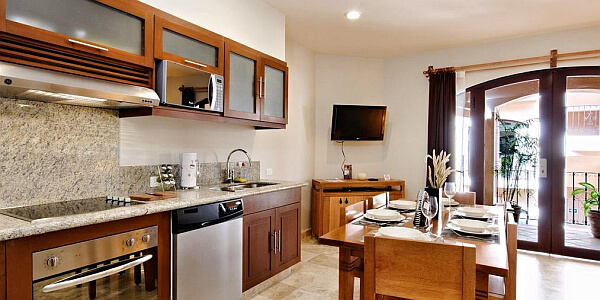 Do you sometimes spend days or a week in a luxury hotel and say, “I think I could live here?” Everything is pristine, a maid cleans up every day, if something is not working you just call the front desk. If you get hungry you can pick up the phone and have just want you want delivered.

Then what if when you left that hotel and went back to your other home, other people stayed in that room and you received a portion of what they paid each night? Sweet deal, right?

That’s the general idea of a condo hotel or condotel investment. You buy a hotel suite like you would buy a regular condo, but since it’s part of a hotel the guest doesn’t know the difference when they get your suite that’s part of the rental pool. When you stay there you’re living in your own deeded unit—not a timeshare—but when you’re not going to be there you can be making revenue from it on a nightly basis. Someone else is taking care of everything behind the scenes and you just cash the checks.

This type of investment property has its pros and cons like any other, but it has been a popular framework in new luxury hotel and resort developments over the past decade. You can find this set-up in independent projects such as Acanto Condo Hotel in Playa del Carmen, or in large chain hotels such as Waldorf Astoria Hotel in Panama City. 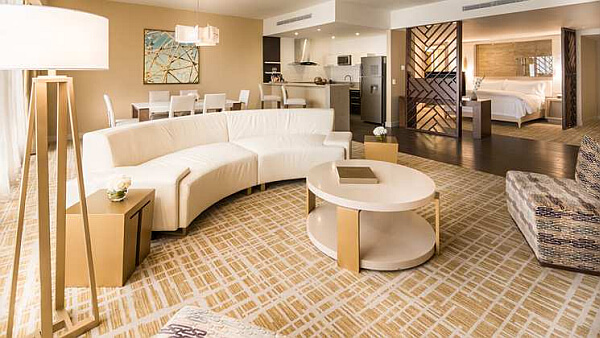 I interviewed the developer at Trump Ocean Club the week that property opened its doors and he said they were surprised that the condo hotel units had been outselling the larger regular condos by a wide margin. It turned out many of the foreign buyers were buying as an investment that they didn’t intend to spend much time in, so they wanted a relatively sure thing with rental income and no upkeep.

At Acanto on the Caribbean coast of Mexico, units of one, two, and three bedrooms start at $265,000. Based on rental rates of the hotel suites, making a 5% return on investment would only require the units to be rented about 1/6th of the year. That doesn’t count appreciation, of course, and with property prices continuing to march higher in Playa del Carmen, it’s doubtful that any drop there will be more than a blip over the long term. (It didn’t take long for prices to bounce back after the financial housing crisis in the USA last decade.)

What many owners like even better though is the lack of hassle. The price you pay to buy one includes everything a luxury hotel would be stocked with: quality bedding, furniture meant to last, a large flat-screen TV, and high-end fixtures. When it’s time to move in you unpack your suitcase like you would at a hotel, with everything ready to go. There’s no need to track down a maintenance man or a maid. You don’t need to hire a caretaker for when you’re not there and you don’t have to worry about a layer of dust building up if you go away for six months.

You also get the advantages of being in a well-maintained hotel instead of a condo building run by a volunteer board. You have access to group facilities such as a pool or gym, plus those facilities are maintained to a standard that guests paying hundreds of dollars a night are going to find acceptable. If you’re buying as a retiree, you may be able to use a self-directed IRA to purchase since there’s a clear return on investment. 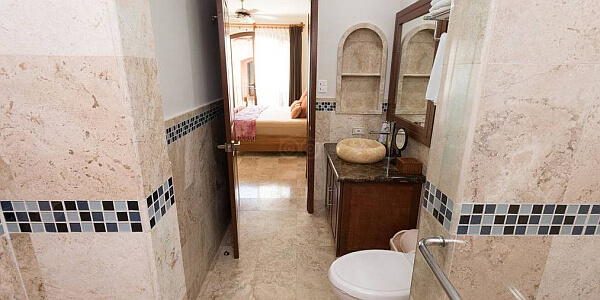 Is a Condo Hotel Right for You?

These properties have been all the rage in major projects around the world. Developers like them because they can partner up with the likes of Hilton, Hyatt, or Ritz-Carlton to lend some legitimacy to the offer while getting their investment money back more quickly than they would with either a straight hotel or a straight condominium development. Of course this means you will pay a bit more than you would for a condo with a similar square footage nearby, plus you could potentially earn less per night than you would for a condo rented out through the likes of VRBO or AirBnB. You typically share 40-60% of the revenue with the hotel owners or managers since it’s their reservation desk and their staffers cleaning up after guests.

You can make up for that with prestige-level rates, especially if there’s a brand name like Four Seasons tacked on, and with volume since their reservations department is working on your behalf. High occupancy is never a sure thing though, of course, so as with any investment there’s a level of risk.

This is also not the best option if you plan to live in the unit full-time unless you really like the idea of living in a hotel. The arrangement works better for someone who is factoring at least some rental income in the investment equation.

In general, you’re better off buying in an area that has close to year-round occupancy than you are in a ski resort or in a country with a six-month “green season” where it rains every day. There is a slower time of year in most destinations, including coastal Mexico, but it only completely clears out these days if there’s a hurricane coming.

Do your homework before committing and don’t be blinded by a big brand name: they may only be the managers, who don’t have any skin in the game. Make sure the real condotel owner’s finances are strong. Get hard data on occupancy rates, historic returns, and projected monthly maintenance costs. Then when you know you can invest with confidence, enjoy your time letting someone else take care of all the little things.

Finding Your Vacation or Retirement Home Investment in Huatulco

The Luxury Real Estate Scene in Zihuatanejo, Mexico
Share it!