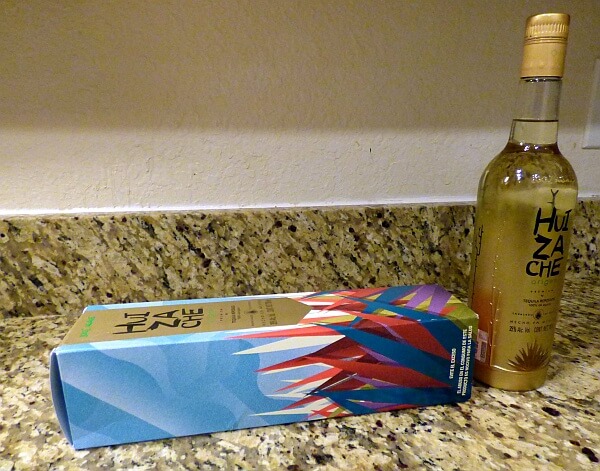 We’ve been slacking off in our tequila reviewing duties lately, but a recent trip to central Mexico presented a nice box on the shelf that I haven’t seen before. Huizache Tequila is a bit of a tongue twister, but it won’t make your mouth do any contortions when you sip it.

The text on the box in Spanish says you’ll experience flavors of peach and cherries, vanilla and nuts, and that’s not actually too far off if you give it some time to breathe. You might have to spend some a little while sipping it in quiet contemplation, without muddying the palate with any mixers, but your patience will be rewarded. 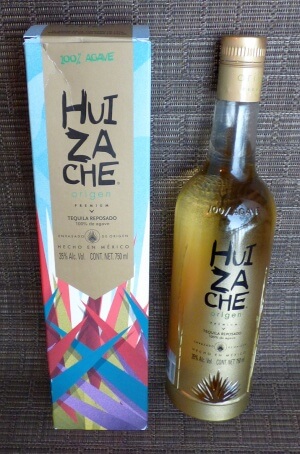 Of course if you did want to use a bottle of this to make palomas or margaritas, you would have some nice cocktails. This is a tequila that can stand on its own, however. It’s got a strong blast of real agave flavor and some nice balanced undertones of other spicy flavors, without any harsh burn that’s going to make you do something silly like reach for a salt shaker or a lime.

This is apparently not a product out of nowhere: the Romo de la Peña family behind Huizache has been producing tequila since 1870. The agave fields that lead to this product are in view of Volcan de Tequila, which you’ll pass if you head to the town the spirit’s name came from on a train tour from Guadalajara. It has won a handful of tasting awards from 2010 onward.

Naturally this is made from 100% agave, as any respectable tequila that Mexicans would actually drink is sure to be. It’s also reposada, which is by far the most popular type in the land of its birth. Aged a bit, but not so much that you lose the agave sweetness among the oak barrels.

Huizache comes in a nice box and the price is right—I paid less than $20 for it in a Mexican supermarket. They could probably attract a few more upscale gift-giving buyers though by putting a few more pesos into the bottle. The raised relief printing is really classy, but the screw top cap is not. This is a reposado that stands up to many of the best brands in the sub-$60 category. A little more flair in the packaging would make it a gift worth giving to clients or friends.

Oaxaca Mezcal Brands and Which Ones are Worth Buying

Mezcal That’s Not From Oaxaca: Moyolo and Vete al Quiote
Share it!