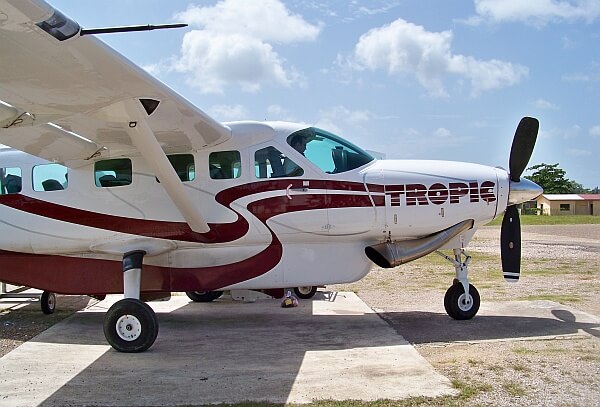 You probably know you can get to Belize on a lot of airlines from the United States, but did you know that Tropic Air can get you there from seven locations in Mexico and Central America? This means it’s probably easier than you think to combine a trip to Belize with one or two other countries on the same trip.

For Mexico, there are Tropic Air connections between Belize City and two places in the Yucatan Peninsula: Cancun and Merida. This is really significant for two reasons. First of all, if you can’t find a decent flight deal to Belize, from your home airport, this gives you a second option. Just fly to Merida or Cancun instead (where prices are typically lower) and then hop a flight the rest of the way south. If you’re coming from Europe, the Cancun connection offers a “back door to Central America” option that allows you to avoid the major hassle of flying through the USA. Many European countries have direct commercial or charter flights to Cancun, so it’ll probably be a faster route as well.

You could make the connection immediately, or stick around a while and have a two-destination vacation. Also, this means you could see several major Mexican Mayan historic sites in addition to the ones in Belize. Uxmal, Ek Balaam, and Chichen Itza are all a couple hours from Merida. The latter two (plus Coba) are frequent excursion tours from Cancun.

Then if you really want to go Maya-crazy, Tropic Air could take you to San Pedro Sula in Honduras, the closest major airport to Copan. Or you could fly to Flores in Guatemala, just down the road from the amazing archeological site Tikal.

If diving’s more your thing, you can find plenty of great underwater sites to explore without ever leaving Belize, including the famous Blue Hole. (Tropic Air offers Blue Hole air tours if you want to just see it from above.) If you wanted to explore the reef further south though, you could fly from Belize City to the Honduran island of Roatan, one of the best values in the Caribbean. 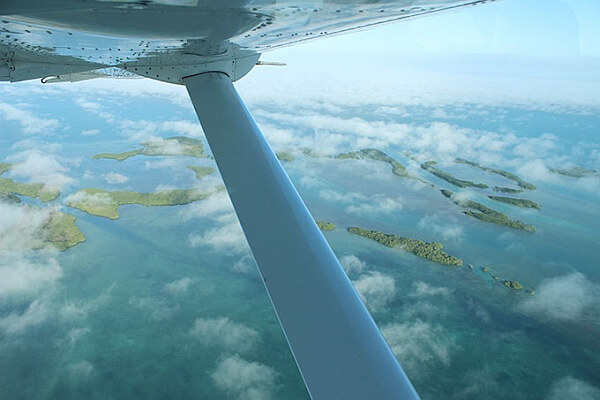 Rounding out the options, the airline also flies to the capital of Honduras and the capital of Guatemala—the jumping off point to Lake Atitlan and Antigua.

We’re not telling you that you need to leave Belize of course. There’s plenty of variety in that small country, from reefs and islands to jungles and adventure activities. Tropic Air has you covered there too of course: their planes serve domestic routes too, from Belmopan in the west to Punta Gorda in the south.

Just understand this is a regional airline though. Prices are terrific, but don’t ask where the first class shower is or when you’ll get your champagne. See the photo at the top for the one I was on for the short hop between Placencia and Punta Gorda.

Check out their site for flight options then see our reviews of the best hotels in Belize, Honduras, Guatemala, and Cancun.

Travel Price Inflation Is Limited in Latin America
Share it!