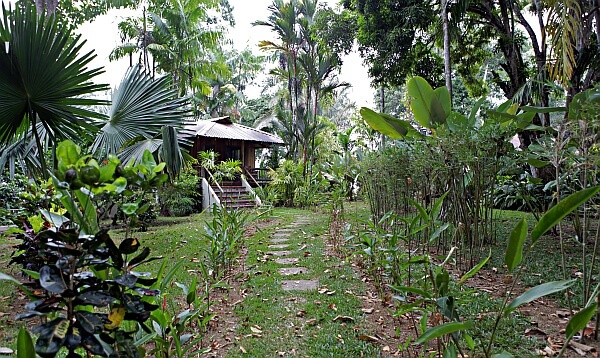 Plenty of tourists hit the standard route in search of wildlife in Costa Rica. Often what they encounter are crowded parks where the savvy creatures have divided into two camps: those who want to avoid the humans and pesky monkeys who want to get fed by them. (The sloths won’t commit to moving for anything either way.)

Down in the Osa Peninsula though, nature is still in its natural state, in a protected zone large enough for the big cats to roam and the exotic birds to breed in peace.

In this peninsula of Costa Rica, “luxury” veers off to the the aims of “exclusivity” and “unique experiences” rather than pillow menus and private dine-outs. There’s no air conditioning or TV at Bosque del Cabo and although you can get online in a pinch in the bar area, this is not a place where you’ll be streaming video or doing online conference calls from your bungalow. This is a base to interact with nature in a way you can’t do in very many places in the world.

This jungle lodge really earns its name, situated on 750 acres of land adjoining a national forest, 22 kilometers from the closest town—Puerto Jiminez where your prop plane will land. When you go for a hike with your guide, it’s a matter of which wildlife you will spot that day, not if. There will surely be toucans, scarlet macaws, sloths, agoutis, and several kinds of monkeys. If you pay extra for a trip to Corcovado Park itself (with another 100,000 roadless acres of land), then you will be in the habitat of ocelots, tapirs, jagarundis, and peccaries. 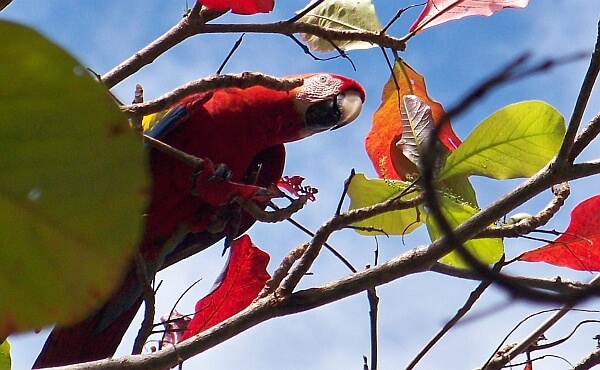 As with most true jungle lodges, Bosque del Cabo is a place to share experiences and dine as a group rather than everyone partitioned off into their own space as couples. Meals are a set times and taken at communal tables. Only the most intrepid, experienced travelers tend to go to the trouble and expense of getting into this remote region, however, so you’re likely to meet some interesting fellow explorers while you are there.

Bungalows are more private, with ample space indoor and out. They vary in layout and bed configuration but most are constructed out of tropical hardwoods with thatched-roofs. “Private bathrooms with an outdoor garden shower, relaxing hammock, and chairs to enjoy the open ocean view are included.”

There’s also beach access here for a dip in the surf. Activities available on property or nearby include surfing, fishing, dolphin watching, waterfall rappelling, snorkeling, tree climbing, ziplining, and kayaking.

Explore More of Costa Rica on a Small Group Tour
Share it!