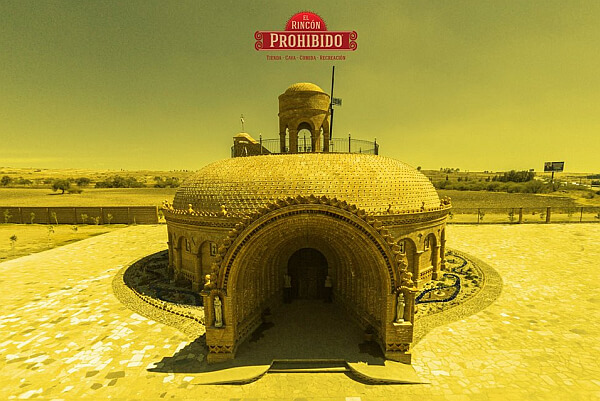 Despite growing plenty of sugar cane and having a variety of altitudes for aging, it’s been quite a while since Mexico produced a quality rum. As in you may have to go back to the pre-revolution days when Spaniards ruled the lands.

The resurrected story from that time is the one behind the name of Ron Prohibido. In colonial times the local producers in Europe convinced the king of Spain to ban this unique spirit from the new world. It was getting too popular and hurting domestic business. Back then it was transported in the barrels that went from Spain to the new world with sweet wine (like Sherry). The 21st century version uses the same kind of barrels for its aging.

I doubt it’s more than an inspiration beyond that since we probably wouldn’t want to drink what came out of the recipes and production methods in the 1500s. It makes for an interesting bottle and retro label, however. Plus the dark-as-night molasses color of this stuff is far darker than what passes for rum in modern times.

The Corralejo Tequila company is the bank behind Ron Prohibido. They’ve built a separate facility between Silao and Irapuato in the state of Guanajuato for aging. The sugar cane is cut and distilled in Veracruz close to sea level, then the rum is aged in oak barrels at more than 5,000 feet in altitude. That’s the outside of the facility at the top and here’s where the barrels age: 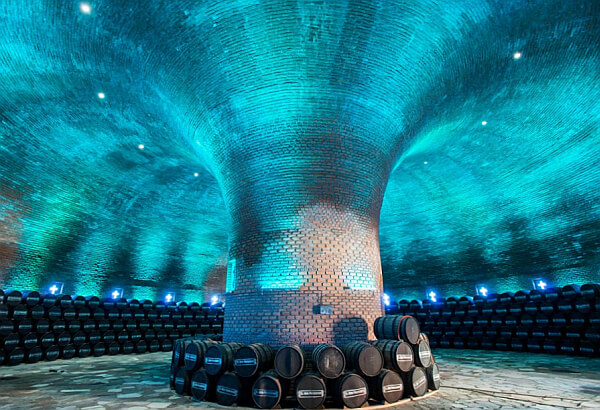 In theory this should make for a smooth, well-balanced rum. Unfortunately, I suspect they are fudging it on the 12 year designation and mixing lots of younger rum in with it. That’s the problem with the solera system of blending: there’s no transparency about what percentage is really aged 12 years and which isn’t. Flor de Caña doesn’t use the system at all (18 year rum is really aged 18 years) while Ron Zacapa does use it but produces something fantastic. It all depends on the blending via a master’s hand. 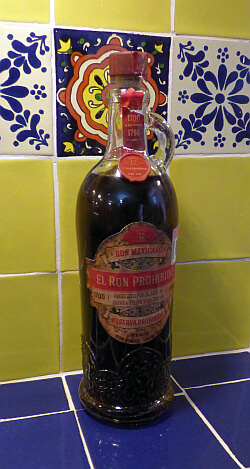 Here’s how my Ron Prohibido rum tasting went as I moved from one option to the next.

On ice: “A lot better. That smoothed out the rough edges and dialed back the molasses bite.”

Mixed with pineapple juice: “I never need another rum for cocktails again. This is heavenly.”

As the old song goes, two out of three ain’t bad.

Others with more hair on their chest may disagree with my impressions. The initial nose is lovely and I could smell that all day. But for me the raisin and prunes overtones just added more complication to a taste profile that’s already kind of muddled to begin with. There’s some walnut, some leather, a hint of red wine… To me the tastes are a bit all over the place and not very balanced. On the tongue the bitter and the sweet seem to be fighting instead of getting along as partners.

It all leveled out with a few ice cubes though and this is how I’d probably drink it straight up going forward. I made a couple other cocktails though and the results were always great. While those conflicting nuances are a bit too much alone, they make your drink more interesting when combined with something else. I’d love to have this in a Dark & Stormy, but I bought and tested it in central Mexico, where ginger beer is about as common as a hard shell taco with cheddar cheese.

The price is certainly right if you get Prohibido Rum in its country of origin. I paid $210 pesos: a bit less than $12 at today’s terrific exchange rate. Considering that’s only 100 pesos more than the really rough rum you normally see that’s made in Mexico, and a couple dollars more than basic Appleton from Jamaica, it’s practically an automatic purchase in this country. Hopefully over time this early attempt will get better.

I had to search really hard to find a website for this brand. It’s in English but it looks like they could really use an SEO consultant. You probably won’t find it in Google, but here it is to go direct and see the whole back story.