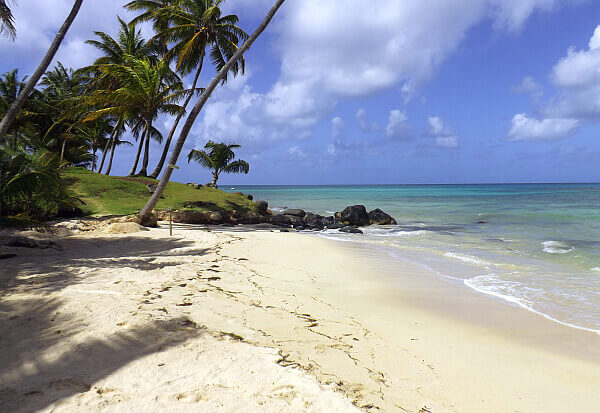 Editor’s Note: Please be advised that Nicaraguan strongman Daniel Ortega is following in the disastrous footsteps of his mentors in Venezuela and going down the same path to ruin in an attempt to become a leader for life. Mukul was forced to close after a massive drop in tourism, but we are leaving this article up for a look at what was and hopefully will be again once democracy returns.

Nicaragua and “luxury travel” haven’t been in the same sentence much until the last decade or so and only after the opening of Mukul Beach & Spa Resort did the country really get on the upscale travel agents’ radar.

On the plus side, it means your decision-making is not all that difficult when deciding where to go in this country. In our latest tour story I present an ideal luxury Nicaragua itinerary that doesn’t spend much time in transit. There’s a flight from Managua to the Corn Island that takes just an hour and ten minutes. From Managua to Granada is usually less than an hour. From either place to San Juan del Sur will take less than two hours. Or you can fly between Tola (near Mukul and Aqua Wellness Resort)

This route—in whatever order you like—will hit the real highlights of the country and bring you to hotels that are ready for high-end travelers. You can take a side trip to Leon, Ometepe Island, or other spots if you have more time, but you might have to step down a little in your accommodation choices.

There’s really only one luxe option on the Corn Islands, the relatively recent Yemaya Resort with a health and yoga theme. Don’t worry if you’re not so into that though: the food is excellent and you can get a cocktail if you want. (That’s the beach in front of their resort pictured at the top of this post. Heavenly.) 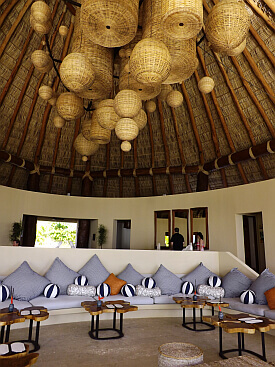 In Granada it’s a a different story, with Jicaro Island Ecolodge on its own island just outside of town and several good boutique hotel choices in the historic center.

Then when you get to the coast around San Juan del Sur, there are plenty of options. Mukul is one of the best resorts period in Central America, but you can also stay at Pelican Eyes or Palermo Hotel closer to the action. The long-running pioneer Morgan’s Rock is here as well.

The infrastructure has improved quite a bit in the past five years in Nicaragua, which is part of the reason the ex-Sandanista president has remained so popular. You can get around by rental car now on the mainland and it’s relatively smooth driving. Land line internet is lacking, but they’ve made up for it with high-speed mobile.

See our full story on the Luxury Triangle Tour of Nicaragua.