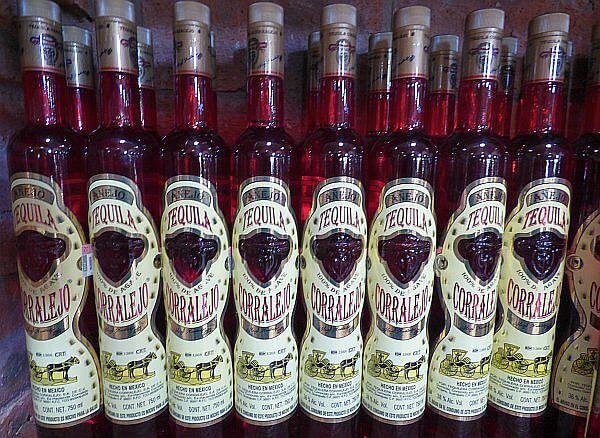 You would normally have to visit the areas near Guadalajara in Mexico to get a tequila distillery tour, but there’s one great exception near Guanajuato and Leon: Corralejo. Not only is this a well-known tequila brand in an iconic bottle, but the place also offers an interesting tour and tasting. 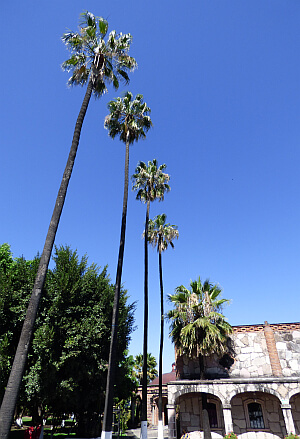 Yes, most tequila is from Tequila town or the areas nearby, but the “denomination of origin” rules that govern it (like Champagne in France) include a wider area. The whole state of Jalisco is in the region, but also included are parts of neighboring states Nayarit, Tamaulipas, Michoacan, and Guanajuato.

Tequila Corralejo doesn’t claim an especially long heritage: it launched in 1996. It’s housed in a hacienda dating back to the mid-1700s though, making it seem like it’s been around forever. They have some original ovens and artifacts on site, plus much of their output still comes out of copper stills.

You can enter for free and that includes a tasting at the end which is pretty casual (as in you can try a lot of different ones if you want). There’s a nice tour of the facilities covering a lot of different areas, but it’s in Spanish only, so bring someone fluent to translate if you’re not. Or just nod your head and smile. 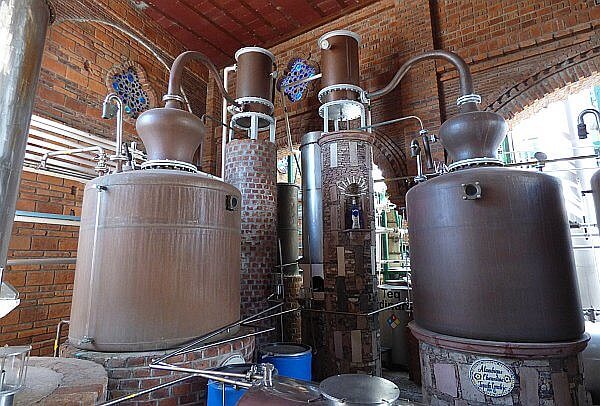 The parent company also makes vodka and Prohibido Rum, plus a nice Bailey’s-like chocolate liqueur with a vodka base that’s quite good. Here in this spot it’s all about the tequila however, mainly their three levels of Corralejo (blanca, reposada, and anejo) plus their tasty high-end tequila 99,000 Horas. Yes, that’s a reflection of the time spent growing the agave, processing it, and aging the Corralejo tequila in barrels.

As a visitor you get to see the ovens roasting the blue agave, which actually gets trucked in from Jalisco. Then there are several barrel rooms with interesting muted lighted through skylights made from old bottles. The one below has a very blue hue, but others are more yellowish or white depending on the bottles. You enter one of them after passing through a church confessional repurposed as a doorway. 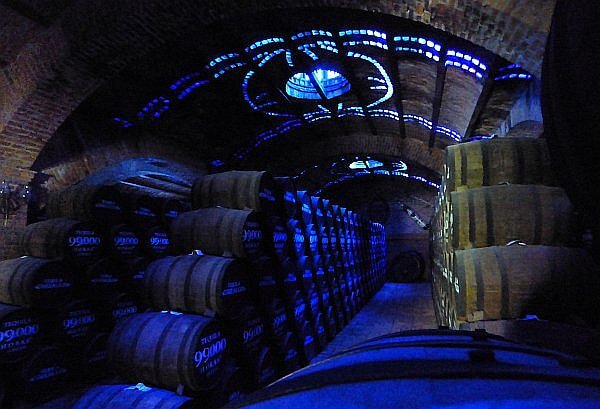 You walk through a distillation room and get to taste the twice-distilled spirit at its original state, at 80% alcohol. It has a nice flavor once you get past the harsh burn, but you’re sure to like it much better when it gets to the mellow 38% it’s bottled at for domestic sale.

There are a few historical diversions, like the spot where the original hacienda had a store for workers and a museum-like space where the owners have more then 3,000 bottles of beer, wine, and spirits on display from around the world. (They’ve got a lot of willpower to bring these back and just put them on a shelf.)

After the tour is finished you get dropped at the tasting room, which also doubles as a gift shop. Besides all the liquor products the company produces, you can also find hats, food items, local cheese, and even an ice cream stand. 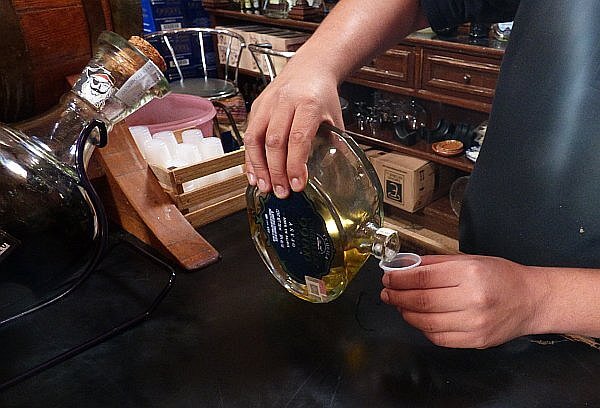 The prices are so good—especially on the tequila—that nearly everyone walks out with something. A 750 ml bottle of the 99,000 Horas, for example, was less than $20 and a liter of Corralejo was under $15. They also have small sampler bottles and a lot of gift packages.

You can get to the Corralejo distillery in about two hours southwest from Guanajuato City in a car, or less than a half hour from industrial center Irupuato. It’s an attractive place to spend some time. See more at the company website, which is in English and Spanish.

Cascahuin Tequila: the Real Deal From an Independent Distillery