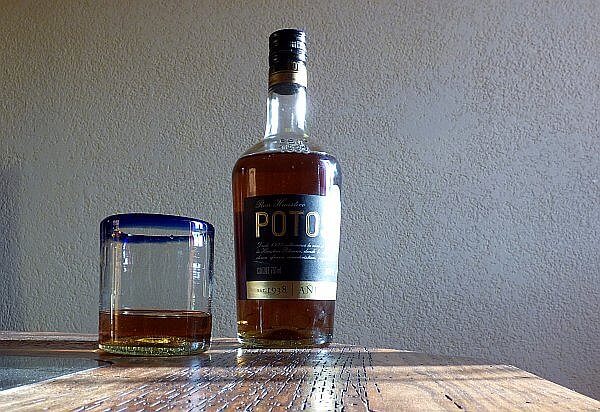 On paper, Mexico should be a prime rum producer. It grows sugar cane, it has the right climate in many spots, it’s between Cuba and Central America in terms of latitude.

So far though, I haven’t found much rum at all from there, much less a brand that’s good enough to be sipped neat. I had heard for years though about a rum called Ron Potosi Añejo from the sugar cane region of that namesake state. I had always come up empty when looking for it though and figured it was an El Dorado type story about some mythical product that didn’t really exist. Even when I was in the Huasteca region waterfall jumping and rafting, I couldn’t find it in the local supermarket or liquor store near my hotel.

So I got a jolt of excitement when I was back in Guanajuato this month and found the bottle pictured here in the Mega supermarket, for 160 pesos. (At today’s exchange rate, that’s less than $10).

Compared to what else I’ve found that’s made in Mexico—cheap cocktail rum and more expensive but disappointing Ron Prohibido—this one takes the crown. In a country best known for tequila and mezcal, rum just hasn’t been taken seriously it seems, despite a high level of domestic consumption.

The first impression of this añejo rum is good, but it’s in the finish where it really shines. It has a nice caramel and vanilla nose, but in the initial sip the alcohol takes too much of a lead, despite Mexico’s 38 percent level. Once that dissipates, however, you are left with a balanced warmth that at least tries to reach the level of the best rums from Central America. It has all the right elements, they just don’t come together as flawlessly as they do in a bottle costing four times as much. 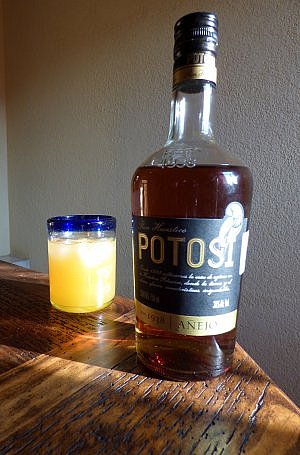 There’s no indication of how long this is aged, so I’m guessing at least four years based on the color (unless coloring is added—hopefully not). The company produces an extra añejo version too, but considering how many years it took me to find this bottle, it might be a while before I get a chance to review that one.

I had some minor quibbles about balance and complexity when sipping this neat, but Ron Potosi is a downright excellent cocktail rum. Better than mass market Meyers, Appleton, or Bacardi, but at a much better price within Mexico. If it keeps selling at this price, you won’t feel guilty about combining it with ice and a mixer.

Easier to Find in the Future?

Ron Potosi hails from the city of Ciudad Valles in San Luis Potosi, which is best known for its adventure activities. It’s also a major sugar cane growing area though. A news story in Spanish from the local newspaper last year noted that the local government is spending a lot on infrastructure in the area. It is hoping that leads to luring this the rum company’s distillery and aging warehouses back to the area. They’re currently in Aguas Calientes, in another state.

If that happens, the company plans to provide tours and a tasting room as well, so fingers crossed for the future.