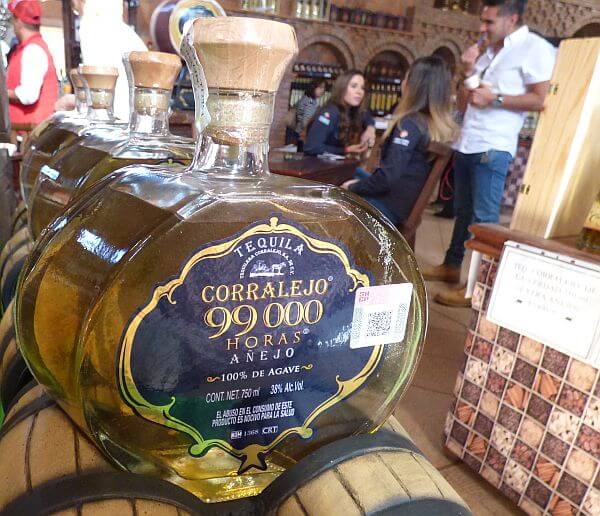 Did you know that it takes 99,000 hours to make a bottle of tequila? That seemed like a high number when I saw the name of this premium tequila that’s the top of the Corralejo brand pyramid. When I did the math I realized they were counting the time it takes for the agave to mature in the fields, not just the time in the barrels.

Well, fair enough. It can take 10 years for an agave plant to go from seedling to producing the juicy, pineapple-like fruit that is roasted in ovens and distilled into Mexico’s heavenly spirit. When done right, this fruit is transformed into a drink that’s really transformational. When made with care, using 100% blue agave and aged in oak barrels, you get something special. 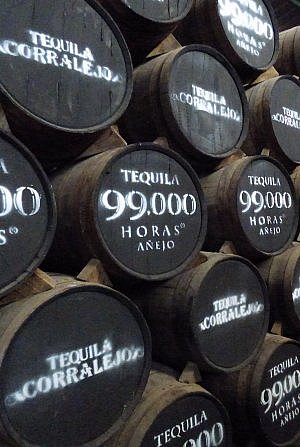 I’m happy to say this Corralejo 99,000 Horas tequila really is something special. I’ve never been a big fan of the iconic Corralejo tequila in the tall, dark blue bottle. I have a home in Guanajuato and have lived there three years, so I should be rooting for Guanajuato State’s home team spirit (distilled in the state, with agave shipped in from Jalisco). But to me it’s a bit harsh, with a finish that bites back more than I’d like.

All that gets smoothed out with the 18 months of aging, apparently, because the 99,000 Horas aÃ±ejo is on par with better-known brands that retail for a lot more. This may be one of the greatest bargains in Mexico if you can visit the Corralejo distillery and buy it on site. When we hit the gift shop/tasting room and the peso was 20 to the dollar, this heavy, beautiful glass bottle of aged agave elixir was less than $19.

I should have bought two or three. Unfortunately, Corralejo 99000 is a hard one to find in stores, even in Mexico. I have seen it in a couple tequila bars with a wide selection, but very rarely in a store. I’m guessing the production hasn’t ramped up to the point yet where they’re producing tens of thousands of cases of it yet to ship it out widely. But going by all the barrels in their distillery, they’ll get there in a year or two.

This is one worth seeking out if you’re a fan of interesting aged tequila. If you’ve never had the good stuff before and the whole thought of sipping tequila neat scares you, then you may want to break in with a smoother Don Julio or a more flowery Cazadores. This 99,000 Horas version has a lot going on though and there’s plenty to hold your interest after a refill. It’s a bit more alcoholic on the nose than I’d like, but the agave fruit shines through and then when you take a sip it explodes across your tongue, hitting all the taste buds. The finish is warm and satisfying and lingers on with nice notes of vanilla, pepper, cloves, almond, and citrus. It tastes several times more expensive than it actually is. This is in my top-5 overall and for the price, it’s the best value on the shelf.

So okay, they fudged a little on the timeline to come up with the name. The time it takes to distill and age this liquor is a lot less than 99,000 hours. Still, it is a long process to make tequila and the farmers have to patiently wait eight or ten years for their land to produce a harvest. Let’s honor them with this name and make a toast. Salud!

See more at the Corralejo website, which is in Spanish and English.