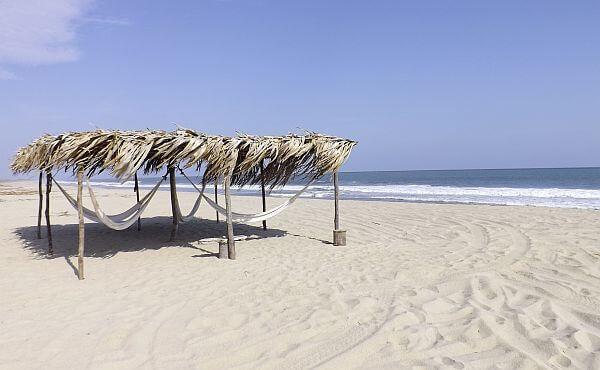 Which are the cleanest beaches in Mexico? Overall, the country does better than you would probably expect in swimming safety.

Testing done before Easter week in 2019 revealed only one that wasn’t safe for swimming out of 269. That one was Sayulita in Nayarit, which is currently working on a new treatment plant. In 2017 Sayulita was the second-dirtiest out of all the ones tested, with a score of 130. Time for all those wealthy expats and business owners living there to mobilize and get things moving it sounds like.

As of mid-2018, 53 beaches in Mexico had achieved the coveted Blue Flag status from the international organization Foundation for Environmental Education. The group awarded the designation to 18 more beaches in Mexico in the summer of 2018. New designations were in four states: Baja California Sur, Guerrero, Oaxaca and Quintana Roo. The most notable for tourists include several in Los Cabos and the Puerto Vallarta region on the west coast, multiple beaches from Isla Mujeres down to Bacalar on the Caribbean side. See that list here.

In preparation for Easter weekend of 2019, the Mexican government did sweeping tests of the water quality at all the popular beaches in Mexico again. Thankfully all but one came out clean enough for swimmers. Plus one that failed in recent years—Playa Hermosa in Ensenada, Baja Norte–passed the test this time.

If you want to go to a Mexican beach and be 100% confident that the water is pristine, your best bets are on the Pacific coast. Two of the top-10 (all tying with the same score) cleanest beaches in Mexico were in Campeche. One was in Quintana Roo, but far to the south. The rest were all on the Pacific Ocean or the Sea of Cortez between the west coast and the Baja Peninsula.

Of the big resort areas, Puerto Vallarta came out on top, with its main beach area and the Nuevo Vallarta one both getting into the top-10 cleanest beaches.

According to the 2017 tests, these were the 10 cleanest beaches in Mexico:

As you may have noticed, they all tied, so I took out the number order. The “10” in that score is the measure of enterococcus fecal bacteria levels. “If the count is over 200 per 100 milliliters of water, swimming is deemed unsafe.” Figure if it’s only 10, it’s probably at the same level it would have been in ancient times just from what’s running down from the pastures in the mountains. 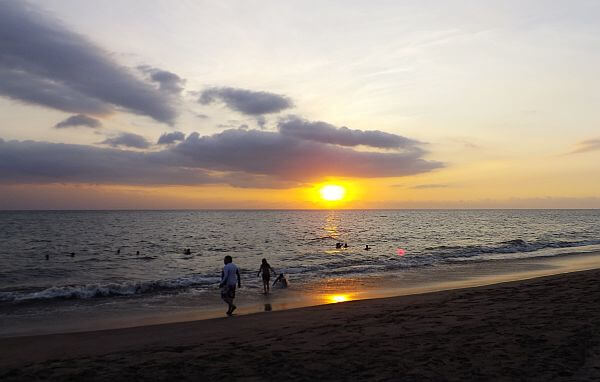 In 2018 the report was much more general. It just divided the top-10 by state and cast a wider net on the beaches–“Los Cabos” encompasses 20+ miles of beaches, so that seems a bit sloppy. It came out like this:

In 2019, the report left out the cleanest and instead listed the 10 dirtiest beaches. Though all but Sayulita were deemed “safe enough,” some are dangerously close to the line. The good news is, for foreign visitors, that most of the low-scoring beaches are not places that would be on your radar. Some of the ten worst were in parts of Sonora, Veracruz, and Colima that few foreigners visit and two were in Acapulco, which has become mostly a domestic tourism destination now. Puerto Escondido had two on the list though and so did two in Playa Mujeres, near Cancun. See the full list here.

For where to swim in the place where it’s hardest to swim, see this related post on the best swimmable beaches of Cabo in Baja.

Want to get authoritative advice on the best beach resorts in Mexico? Follow that link and drill down to the area you’re most interested in. We have detailed, first-person reviews written by experienced travel writers who have seen it all. We only cover “the best of the best” in each location and nobody can pay to be included in our coverage here at Luxury Latin America. 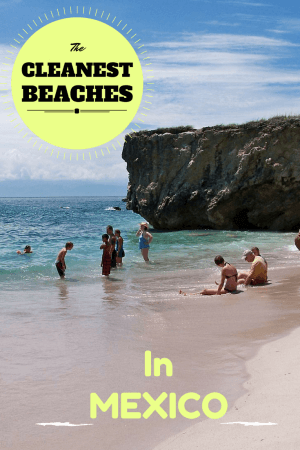 Exploring the Beaches and the Coffee Farms of Huatulco, Mexico

Where to Stay in Campeche, on the Gulf Coast of Mexico

Mexico’s Tourism Records and a New President
Share it!