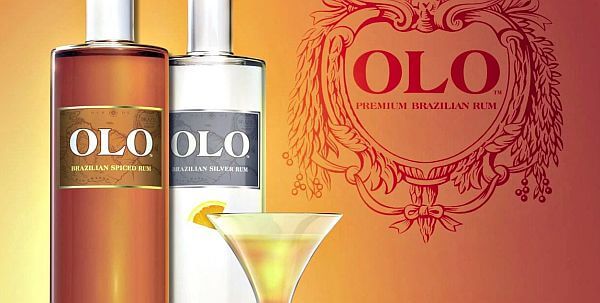 We’ve reviewed a lot of fine rum on this blog, but haven’t said much about Brazil’s best-known spirit: cachaça. So let’s check out one of the easiest brands to find where I live in Florida: Olo Brazilian Rum.

Since Brazilian rum is normally called cachaça, we’ve got a hint about the marketing challenge right there. While anyone and everyone knows what rum is like, even if they only have the occasional daiquiri, how many people know what cachaça is? Or know how to pronounce that? It doesn’t help that few know how to pronounce the most common cocktail from Brazil either: the caipirinha. Put those two together in a spelling bee and you could eliminate half the field.

Olo is typical of the style though, which can be fairly called “Brazilian rum. ” The differences with the rest of the Americas are two-fold. First, cachaça is made from sugar cane juice, not molasses, so it’s got less of a bite, but also less complexity. It’s fairly smooth going down straight, but Brazilians are more likely to drink it mixed with something rather than sipping it neat. That’s because most of the time it’s not aged, so you don’t get the mellowing out that comes from barrel aging. You’re also drinking the result of direct cane juice distillation rather than a distillation of grains, fruit, or potatoes. This spirit is basically skipping the whole transformation to sugar part and going straight to the sugar. 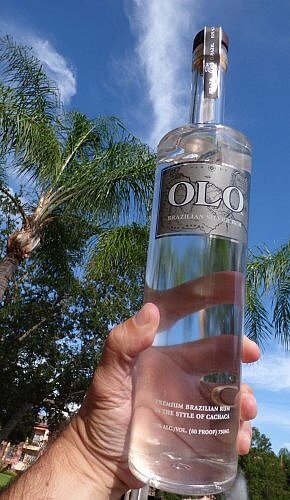 We humans like sugar though and Olo Brazilian Silver Rum is not going to have you making faces if you sip it neat. The nose is only mildly alcoholic and if you blow out the vapors before rolling the taste around in your mouth, it’s got a pleasant finish after the first wave that can be a little harsh. There are few unaged spirits that aren’t at least a little young and rough tasting, so the impression here is similar to tasting silver tequila, white rum, pisco, or even the best vodka.

Where Oro really shines is in a cocktail. It’s a huge step up from mass market drek like Bacardi and it’s not going to leave you with that kind of wicked hangover the next day. If you want to go Brazilian and make a caipirinha, be advised it’s going to pack a punch. In its pure form it’s just muddled lime and sugar, ice, and the white cachaça. Until the ice melts down, you’re not getting much dilution.

This spirit can be substituted in any cocktail calling for white rum though and in many cases will improve the drink. It can go into a mimosa, daiquiri, piña colada, or mai tai. As always, using fresh juice rather than a mix with chemicals will be better for your tastebuds and your morning after. Olo also makes a spiced rum version since, well, the millennials love that stuff.

This is one of probably 50 brands in Brazil, but it’s one that’s fairly easy to find in major U.S. liquor chains like Total Wine. It generally retails for $14 to $16. If you don’t find Olo, you won’t be spending a lot to take a chance. Most brands retail between $14 and $35 for 750 ml.

Where to Travel in Brazil for a Two-Week Vacation