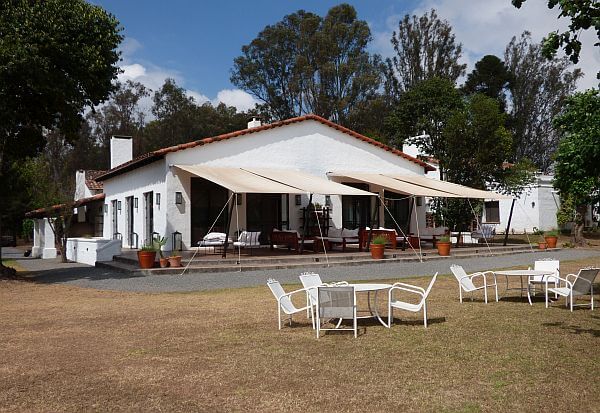 The best luxury hotels in each region tend to stay that way, but over time many of them do improve or add more buildings to the mix. Both are true with the country estancia retreat House of Jasmines outside of Salta, in Argentina.

When we first reviewed this Salta hotel it was kind of a working horse farm with some guesthouse rooms and was owned by a famous Hollywood actor. Eventually more experienced hoteliers took it over and started a series of upgrades, including a larger kitchen and dining room in a new building. They also aligned with Relais & Chateaux, the picky alliance of inns that has a demanding focus on good food.

With that affiliation in place, the new owners—who also operate two other properties in South America and several in Europe—added “Estancia de Charme” to the end of House of Jasmines and developed a reputation for personalized service. We got to spend a night there recently before a tour of the Salta Province landscapes and even took part in an empanada cooking class.

In this video below you can get a nice feel for the property, including some of the animals in the area. The horses run free, eating from grass and bushes, but there are also several kinds of large birds, including owls and caranchos—also known as southern crested caracaras.

This is one of those hotels where you wistfully overhear guests saying, “We should have booked a longer stay here” or “I wish we didn’t have to turn around and leave so quickly.” The wise ones are the Europeans with long vacations: they’re not trying to cram all of Argentina into a week or two so they tend to stay here for days or a week instead of having a quick turnaround. With ample grounds to walk around, inviting places to lounge, and a huge fireplace in the center of the dining room on cool nights, House of Jasmines easily makes you feel like sticking around a while.

You’re less than a $10 taxi ride from the airport here, but 20-30 minutes from Salta proper, depending on traffic. That traffic feels a million miles away here in the countryside, however, with a view of the mountains in the distance and wide open spaces. You can borrow a mountain bike, set up horseback riding nearby, or book a tour excursion to Cafayate or into the desert. When you return, there will be a nice room, delicious food, and good wine waiting for you.

See more photos and our detailed review of House of Jasmines in Salta, Argentina. 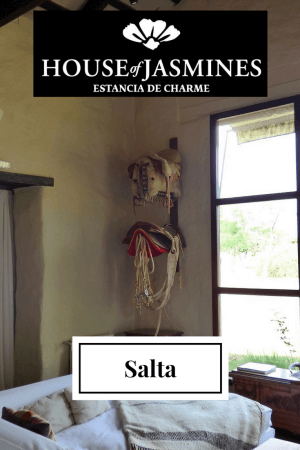 An Empanada Cooking Class at House of Jasmines in Salta

The Beautiful Quebrada de Las Conchas in Argentina
Share it!