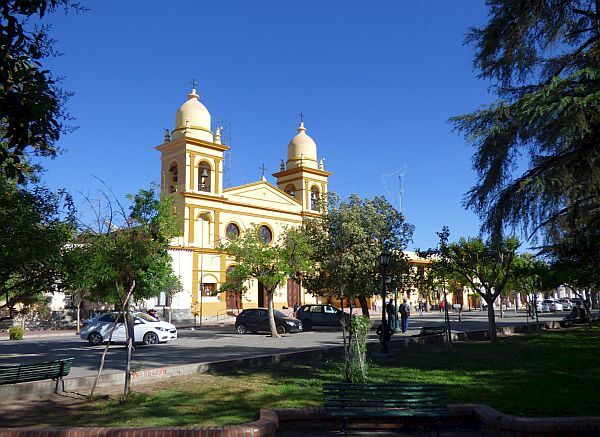 Over the years we’ve run a few stories on the regions around Salta and Jujay provinces in northern Argentina. This is a wild landscape that’s far different than the better-known, more frequently visited parts of the country to the south. We just posted a new feature story on a tour with Socompa Adventures that heads to Cafayate for some good wine and leads to some hikes in the desert.

That’s the lovely town square of Cafayate at the top, a place I wouldn’t mind forgetting to leave and staying on for a couple months. It’s kind of sleepy and isolated, but it’s almost always sunny and there’s an unlimited supply of wine, so why not! This is the secondary wine district of Argentina, home to the interesting Torrontes white wine grapes, but also a place where they grow other whites and a few reds. 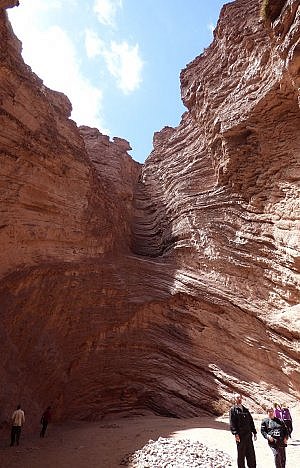 I was able to check out two good wineries there: long-established Esteco and gorgeous Porvenir on a grand estate where you can have lunch straight off the smoking grill. While this grape growing region is not as large as the better-known ones around Mendoza, you could still spend a couple weeks here trying different wines and visiting wineries.

Getting here really is half the fun though. You leave the city of Salta, the buildings receding behind you, and eventually drive through the stunning Quebrada de las Conchas. The is one of the most scenic drives in South America, looking a bit like the American West landscapes around Arizona and southern Utah. It’s a region of layered rock strata, canyons, and glowing red mountains. There are several places to pull over along the way to check out specific formations or to take a hike into the desert.

With Socompa Adventures we were able to go beyond this well-worn path, however, and leave the blacktop behind after Cafayate. The road keeps going through the desert after that—and it’s even called a “national highway”—but in reality it’s all dirt, dust, and gravel for hundreds of miles. With our four-wheel drive vehicle and a guide who knew the landscape, we got into some interesting areas and ate empanadas coming out of traditional brink beehive ovens. 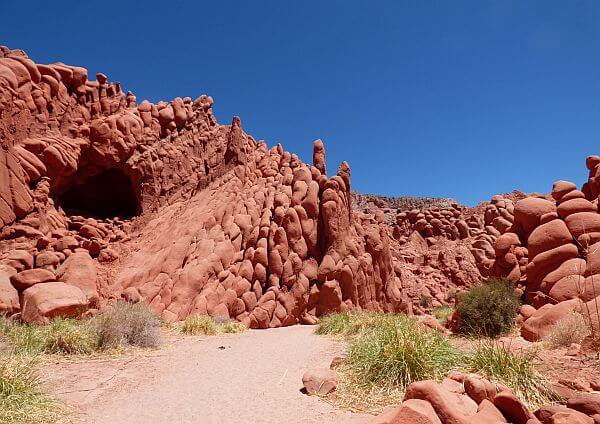 We ended up having to change plans a bit and missed the Colome Bodega winery and the James Thurrel art installation out in the middle of nowhere, but something tells me I’ll be back again at some point to try again. What we saw instead were incredible landscapes in areas where there was hardly another soul around.

Entre Cielos, a Quirky but Luxurious Wine Hotel in Argentina

The Cities Beyond Buenos Aires in Argentina

Staying at a Ranch or a Mansion in Argentina
Share it!