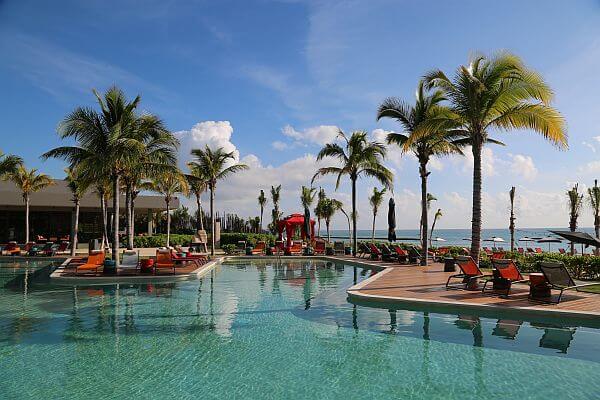 The Mayakoba complex north of Playa del Carmen is one of those ambitious master plans that required a lot of guts and long-term vision. Spanish investors started buying the land in the 1980s, applied for permits in the 1990s, and finally opened the first hotel there (Fairmont Mayakoba) in 2006. Now the project has finally reached its conclusion with the last of four hotels in place: Andaz Mayakoba Resort Riviera Maya. 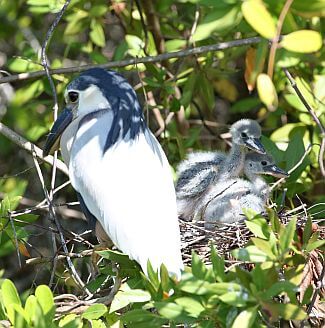 Andaz is one of the dizzying number of brands that the international chains are cranking out these days to cater to every-narrowing demographics and psychographics. This is the Hyatt-owned company’s second beach resort in Latin America, after the Andaz Peninsula Papagayo in northern Costa Rica.

As with that one, the architecture and design were guiding forces in the whole concept.

There are modern abstract sculptures at various points along the trails, while many of the sharp, white buildings across the resort, including blocks of rooms and individual villas, are brightened up by Mexican graffiti-artist Senkoe’s large murals. These depict many of Mayakoba’s colorful birds, jaguars, and, next to the beachfront swimming pool, an octopus. That large pool, one of three swimming pools, is a beautiful sky blue and surrounded by brightly colorful seats and loungers. It takes a good eye for design to be able to fill a resort with so many different bright colors and still keep things feeling classy, but here they’ve nailed it.

Rooms are a bit more subdued than the public areas, letting the wildlife and lagoons outside the walls of glass be the main attraction. Or in the case of the beach villa rooms, the beautiful Caribbean water. Some units have their own plunge pool, including the ones on the beach. They come with rain showers, complimentary flip-flops, Nespresso coffee machines, and complimentary high-speed internet. 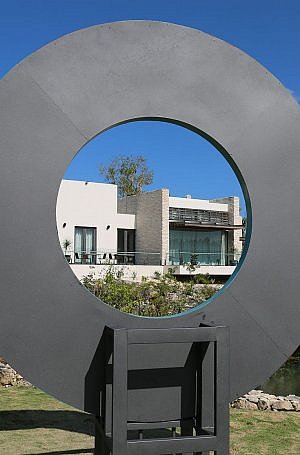 Like the rest of the hotels in the Mayakoba complex, the Andaz Riviera Maya occupies land that stretches back from the beach along canals (once cenotes) and lagoons. So some rooms and many of the public areas are inland, reached by a bicycle, golf cart pick-up, or boat ride. With the latter you’re liable to spot lots of birds and other wildlife since much of the area’s natural state is intact in this environmentally conscious project.

Some activities offered here are part of the Andaz complex, such as two outdoor pools (one a lap pool), a full spa with six treatment rooms and two hydrotherapy areas, yoga, a 24-hour fitness center, and tennis courts. Guests also have access to the Greg Norman PGA golf course in operation since 2007 and the El Pueblito complex with a fine Mexican cooking school. The restaurants here have gotten high marks so far as well, including from our correspondent who was just there.

Wellness by the Beach in the Riviera Maya
Share it!