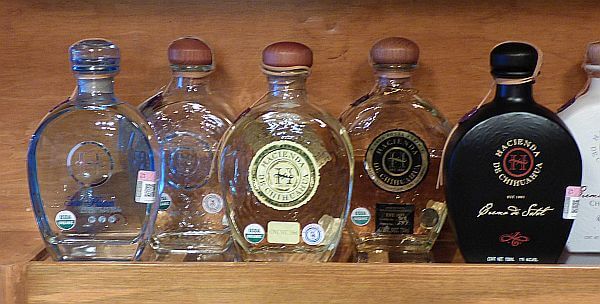 If you’re drinking a spirit that tasted like tequila but it’s not tequila, what is it? If it comes from Chihuahua, you’re probably drinking sotol.

There are strict regulations on what can and can’t be called tequila and part of that relates to where the agave is grown. (It’s like Champagne or Scotch whiskey.) Once you get outside of that designated area, it needs to be described as “agave liquor” or some less generic term. It turns out that the plant sotol is made from is not technically an agave either though. It’s Dasylirion Wheeleri, or desert spoon. Different soil, climates, and plant variations will create different tastes, of course, so it’s worth seeking out these alternatives if you’re in a Mexican state that’s not part of the better-known spirit’s area of origin.

This is made from wild plants (also called sotol in Spanish) that haven’t had all their quirks bred out of them. These plants take even longer to mature though—up to 15 years—and don’t yield as much liquid as your typical blue agave in Jalisco. On the plus side, they do grow fruit more than once when mature. 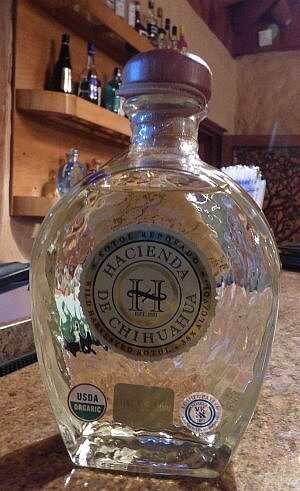 The distillation process uses a different kind of still and the product is distilled two or three times for purity depending on the price level.

To my palate, there was a subtle but clear difference in both the reposado and añejo versions I tried in comparison to tequila. In the reposado especially, there were more dried fruit and citrus tones, especially bitter orange and pineapple, and it imparted a tangy sweetness that I can’t recall tasting before in any tequila I’ve tried. (And as you can see from our tequila reviews, I’ve tried a lot of them.) The fiery finish in this spirit aged 6-12 months in barrels lingers on for a while and it’s a pleasant, complex experience from the nose to the end. There’s a lot going on in each sip of sotol.

The Hacienda de Chihuahua añejo sotol is aged in a new numbered French white oak barrel for 2 years. This is a fine sipping liquor and again, it seemed more complex to my taste than its tequila cousins, especially when compared to the lowland ones. It comes in an impressively hefty enough bottle to make a fine gift after you return from your Copper Canyon trips.

If you want the highest premium option though, go for the Chihuahua Extra-Añejo H5. I didn’t get a chance to try that one, but it’s aged at least five years in a single new French Oak barrel. This version is apparently distilled separately too: the company website says it uses Champagne yeast in the production.

Those two are just the start of the line-up from the Vinomex company though. Besides the obligatory plata version that’s unaged, you get a premium plata and a crema de sotol desert drink in a black bottle. I also saw a chocolate version for sale in a white bottle.

You may notice an interesting label in the bottom left of that line-up photo above: USDA Organic. Yes, since the source plant is harvested wild, there’s no fertilizer or pesticide use. Agave farms in general seldom use chemical fertilizers and the plants don’t require much in the way of pesticides, but it’s hard to find any tequila on the market that is certified organic. Supposedly this Hacienda de Chihuahua sotol is also certified kosher!

Prices are in line with quality tequila when you buy sotol in Chihuahua, with all but the top version being under $30.

I haven’t personally seen Hacienda de Chihuhua sotol for sale in the USA, but after poking around online, it looks like it’s available in California and Texas at least. U.S. prices range from $25 to $40. Otherwise, plan to try it on site in its home state of Chihuahua.