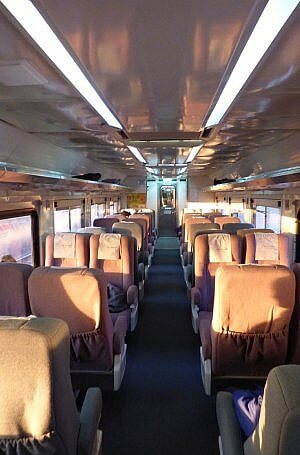 In the Americas, there aren’t many passenger train options once you get south of the Rio Grande. The ones that are still left tend to be spectacular though, and that’s certainly true for the El Chepe train through the Copper Canyons of Mexico.

You can start in Los Mochis in Sinaloa and head north, or start in Chihuahua City like we did and head south. Either way you are leaving before the sun comes up. If you go straight through you’ll get to the other end at night. That would be a shame though. Sure, the scenery is spectacular, but that means it’s spectacular when you get off too. So if you spend the night along the way—as most tours do—you can soak it all up instead of just watching the canyons whiz by.

So here’s a look at what you’ll see while you’re on the rails, then a little taste of what it looks like in Divisadero, the best stop for adventure.

We recently visited this area for the first time after having it on our to-do list seemingly forever. After a couple decades of seeing photos, seeing videos, and even reading a novel that was set in the region, I finally got there in person.

This is an adventure, not a trip you go on expecting to be pampered all the time. There are no true luxury hotels along the Copper Canyons route, though El Mirador where we stayed in Divisadero had this view below. It’s hard to care much about the rest when you’ve got that to look at from your room balcony. And every room balcony has a view like this. 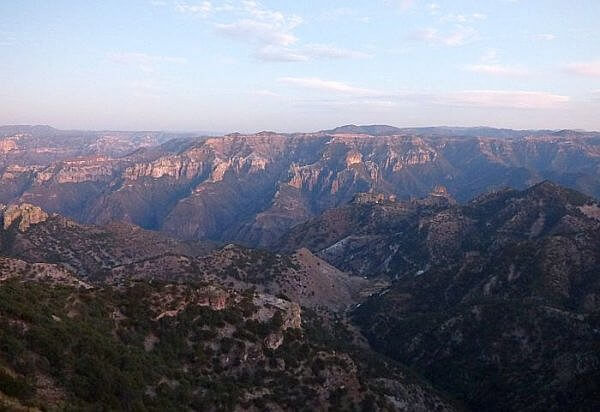 You’ll also get this view from the outdoor patio by the bar, where you can sip some sotol for the first time, and there are full-length windows in the dining room.

This hotel is near the Barrancas del Cobre Adventure Park, which is an incredible wonderland of thrills designed to scare the bejesus out of all but the most hard-core thrill seekers. You can sit down for the world’s longest zipline (see the video above toward the end), get strapped in for seven ziplines over deep canyons, or go rappelling down a cliff and then make your way across it on a harrowing via ferata. There are mellower options though. You could just enjoy a meal with a view or take the teleferico gondola-like ride to an overlook point with a 360-degree view.

We also stopped in Creel, an area with bizarre rock formations on the outskirts and a tall waterfall nearby. Again, don’t expect to find a Four Seasons, but the food is good and there’s even a spa if your muscles are sore from hiking or biking.

See our full feature story here: A Train Ride to Adventures in the Copper Canyons of Mexico.

Exploring the Beaches and the Coffee Farms of Huatulco, Mexico
Share it!