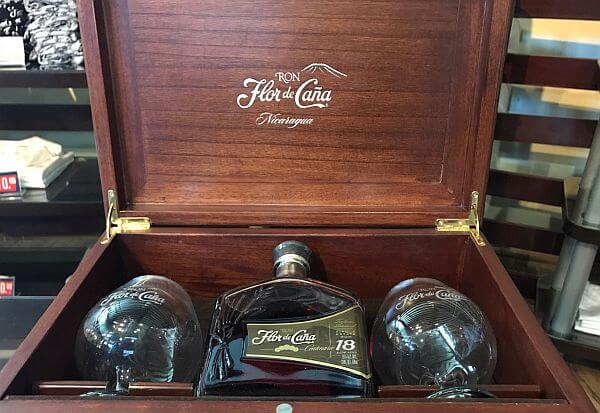 I seldom sample spirits at 11:00 a.m., but travel writing is not for the faint of heart. Offered a chance to taste Flor de Caña, Nicaragua’s premium rum, my colleagues and I were up for the challenge. To find out how this Central American favorite is made, we left the beautiful colonial city of León and drove about 45 minutes north to the distillery. Other participants we ran into booked tours from Managua or their cruise ships.

Flor de Caña Distillery offers three public tours a day in its 125-year-old distillery. Set amid cane fields in the leafy town of Chichigalpa, it lies at the base of San Cristóbal—an active volcano. Unveiled in 2012, the 90-minute tour begins with a vintage train ride. It disembarks at the “world’s largest rum barrel,” a two-story building with a tiny museum and tasting facilities. 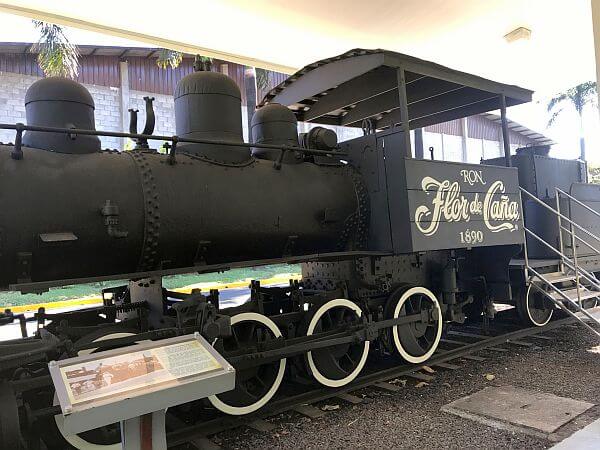 Since the Pellas family of Nicaragua has been making Flor de Caña (Spanish for sugar cane flower) for five generations, the tour is a mini-course in Nicaraguan history. The museum’s black-and-white portrait collection includes a youthful Mark Twain, looking cocky in a big hat and tall leather boots. To get from San Francisco to New York without crossing the U.S. in 1866, the celebrated author took a boat to Nicaragua’s Pacific Coast and then traveled overland to the Caribbean side. In those pre-Panama Canal days, he followed a route devised by U.S. mogul Cornelius Vanderbilt (also pictured in the museum) to transport prospectors during the Gold Rush. Twain had to board steamers, cross a gigantic lake and travel by wagon on a bumpy road—one of his all-time favorite adventures. 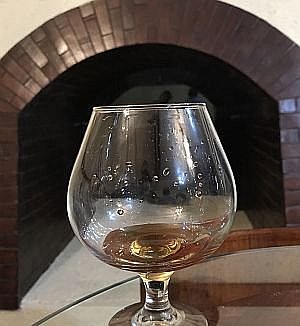 We also visited a Flor de Caña storage area, where wooden barrels were stacked in rows, way over our heads. Our English-speaking guide attributed the rum’s distinctive flavor to several factors: the area’s rich volcanic soil and the aging that takes place in white oak barrels (imported from the U.S.) that have been used to mature bourbon. The casks always contain the same age rum—never mixed with older or younger. The rum is made with local sugar cane, without additives, and has a dark amber color.

Each tour comes with tastings of Flor de Caña 7 and Flor de Caña 18, the numbers indicating how many years the rum has aged. I found the 7 (only $10 here on site) deep and intense, smoky, slightly dry—with hints of caramel, vanilla and the tropics.  The 18 (which retails for $50 usually in the USA) is bolder, with a peppery aftertaste. In the interests of journalism, we also tried Ultra Coco ($6), a coconut flavor introduced four years ago. Pleasant, slightly sweet and spring-like, it’s meant to be mixed with cocktails.

During our week in Nicaragua, we were offered many mixed rum drinks, most often Rum & Coke, which I associate with college hangovers. We also tried rum in passion fruit cocktails, “green drinks” and, well, practically everything. We were all the better for it. 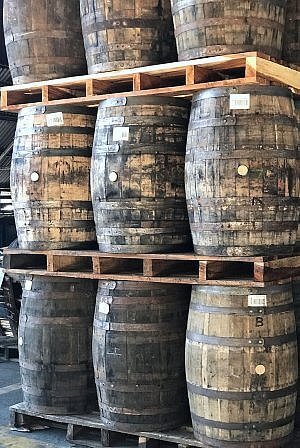 But purists mourn the lack of a national drink. “Nicaragua has no cocktail to call its own,” laments Marc Lacey of the New York Times, with a whiff of snobbery. “Despite a top-quality domestic rum, bartenders borrow from others when mixing it. They add Coca-Cola and call the resulting drink a Nica libre, which everyone knows is really just a Cuba libre. They add soda water or ice, which does little to make the resulting drink shout “Nicaragua!”

In 2006, there was a push to make El Macuá (white rum, guava juice, lemon juice, a little sugar and ice) the national drink, but it hasn’t achieved the status of, say, Peru’s Pisco Sour.

After drinking rum straight at Flor de Caña Distillery, I wonder if a national cocktail is needed. “If it’s really good rum, then you don’t want to do anything to it,” a local told me. “It’s a matter of respect. Pour it into a glass, over ice if you like. Drink it.”

Note that you can also do high-end rum tasting at Mukul Resort near San Juan del Sur, owned by the Pellas family.

This post is from Luxury Latin America contributor Candace Dempsey. She is an award-winning adventure travel writer, journalist and author of Murder in Italy (Penguin), the true story of Amanda Knox. Based in Seattle, she specializes in Italy, India, Africa, and Latin America.See her food article on Costa Rica here.