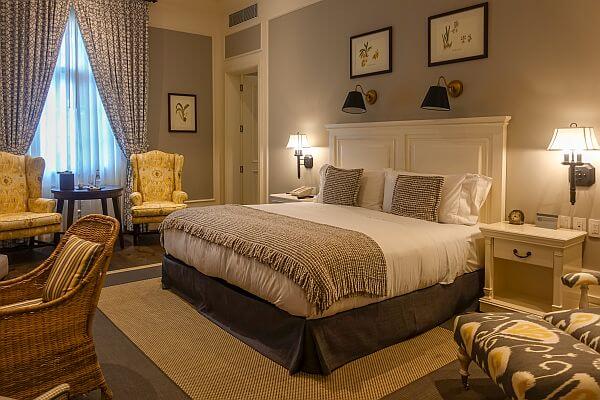 We’ve long had plenty of great luxury hotel choices in the capital of Ecuador, where a new boutique hotel is opening every year or two, but it’s been a different story in Guayaquil. Long regarded as the one-night stopover on the way to the Galapagos Islands, it has never managed to get tourists to stick around. So the hotel options reflected that fact, serving as places to process the tour groups who checked in late and left early.

The Oro Verde Group took things into its own hands, taking a shot on the “build it and they will come” philosophy and opening a luxury boutique hotel showpiece: Hotel del Parque. With just 44 rooms, it is clearly aimed at more discerning travelers, the ones who are not in such a hurry to maximize every hour of their precious vacation time before zooming back to work in their home country.

Emblematic of this relaxed ethos is the afternoon tea, with its mini sandwiches and sweets, which you can take inside or in the hotel garden. The Parque Historico Guayaquil that the hotel takes its name from is adjoining and it’s a nice place for a stroll or jog.

But it’s the nature trails and more than 50 species of birds and wildlife defined by three distinct ecosystems that is the draw. From parrots, toucans, and endangered harpy eagles to ocelots, sloths, spider monkeys, and coastal crocodiles, it showcases some of Ecuador’s wild side. While the park is open to the public from Wednesday to Sunday, 9 a.m. to 5 p.m., guests of Hotel del Parque have access 24 hours a day. That translates into exclusive access on Mondays and Tuesdays, as well since the park is closed to the public then.

So not only does this new boutique hotel give you some of the most pampering rooms, the best service, and interesting historic aesthetics, but you get that prized luxury extra too: exclusivity. Make sure an airport pickup is included in your booking as well and you’ll be in good hands your whole stay. 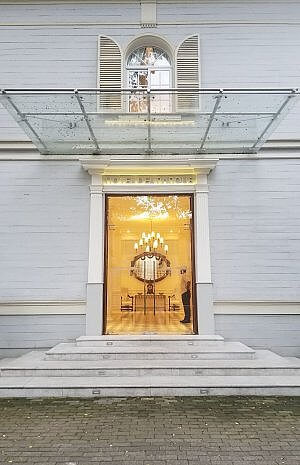 The building itself is typical of a port city, in contrast to the stone of Quito. Our correspondent called it “an understated clapboard wooden building constructed back in 1891,” but noted that you will be wowed as soon as you step inside the glass doors. Rooms are designed in the time-tested mix of strong nods to the past mixed with the technology of the present. The marble baths have rain showers, robes, and slippers, while rooms with premium bedding are equipped with a 58″ smart TV, minibar, safety deposit box, plus complimentary coffee and tea with a French press and water kettle. There’s 24-hour room service and turndown service in the evenings.

Guayaquil’s first luxury boutique hotel is a place to linger and savor, with a nice courtyard garden, the park next door, a reading room, and cafes that are a stroll away. If you’re headed to or from the islands, stick around a little while and enjoy it.