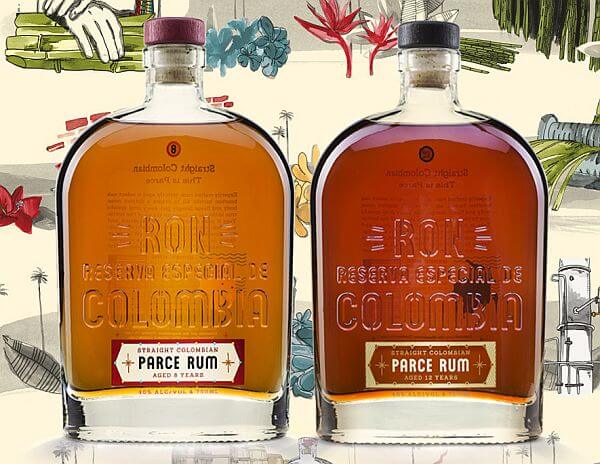 A chance encounter at my local liquor store led me to Ron Parce, the best Colombian rum I have tasted so far.

In the past I haven’t been especially impressed with rum from Colombia, finding most of it much better for cocktails than sipping neat. Good times, even out of a cardboard box, but not something meant for conversation and contemplation in a quiet place. This Parce “Reserva Especial de Colombia” has changed my mind, however. This is the real deal.

I like to peruse the rum aisle when I go to a new liquor store because I often find something unusual. Perhaps a rum from Guyana, or something worthwhile still coming out of Venezuela. This time when I hit a Luekens store in Tampa Bay, however, I really scored in a big way. This 8-year-old bottle from Ron Parce that was $20 tastes like something that would normally cost $40 or more. I haven’t tried the 12-year version yet, but that one was only $5 more.

I have said several times before that Ron Zacapa from Guatemala is the gold standard in this region for rum, so I tend to measure everything next to that. Is it as balanced, as complex, as tasty on different sets of taste buds? I didn’t expect a $20 bottle of rum to rate so highly on this subjective scale, but surprisingly this rum rates near the top of the heap. 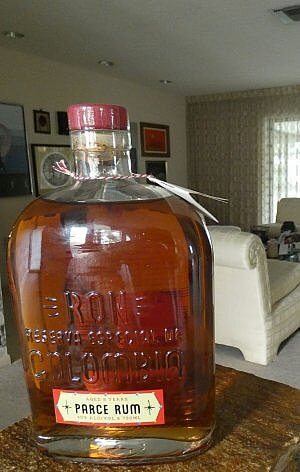 The nose has a tad more alcoholic burn than you’ll find in rums with more barrel age on them, but it’s not unpleasant. You can still smell the vanilla and caramel notes pushing through, along with a little nutmeg spice. There’s also a little burn when it first hits your tongue, kind of like what you get from Flor de Cana or the Caribbean rums, but again it’s not overpowering. Once it rolls across your tongue a bit, the bit mellows out and you get hints of cherry, cloves, and roasted marshmallows.

In other words, Parce Rum has a lot going on, presenting a taste profile that’s far from one-dimensional. This comes across as a spirit made from masters with a lot of experience, not some casual undertaking that’s going to survive on marketing muscle alone.

I poked around the company site to find the back story and it turns out there is some heritage behind this brand. Three brothers from Spain connected with Colombians Arthur and Brojen Fernandes Domecq, a father-and-son duo that has a combined history of more than 50 years working with fine rum.

I’m encouraged by a few things on their slick website. It’s in two languages, first of all, and both it and the bottle show a nice sense of aesthetics. I’m also happy to see that they’re getting the main product right before branching into other extensions and diluting the brand. Plus I appreciate their no-b.s. marketing approach. Instead of hiding behind some blending process that would let them say a rum is 25 years old even though it’s blended with younger barrels, they say this:

That honesty and care shine through in the product. I bought a ginger beer in the liquor store, thinking that if this rum sucked, I would make some cocktails with it. I never got around to that. Ron Parce—even the 8-year version—seems too good for dilution.