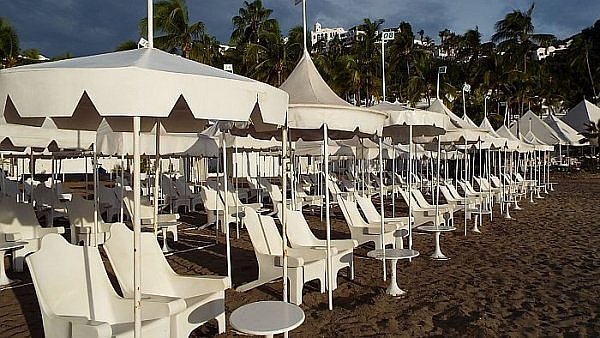 While Mexico’s tourism numbers have set new records the past few years, soaring to close to 40 million annual visitors, the country has long attracted wealthy travelers from the north. Sometimes they came for the fishing or to just get away from it all, and one of the early hotspots was Las Hadas in Manzanillo.

In an early “build it and they will come” project, billionaire Antenor Patiño built a sprawling palace as a private residence for himself and friends, eventually turning it into a hotel in 1974 and putting Manzanillo on the map. A hotel built nearly half a century ago is naturally going to have a whiff of “vintage chic” about it, but with Mexican chain Las Brisas in charge of it now, rolling renovations have kept the cool parts of the original vibe but updated it for the modern age.

With Manzanillo luxury resort Las Hadas being as large as the city itself when built, it has a prime spot on the bay with its own ample beach, two swimming pools, and lots of winding paths between the buildings. There are multiple restaurants and bars on site serving the 242 rooms and a yacht marina is popular with boaters exploring the coast. They can purchase a day pass here and enjoy the facilities. Resort guests can opt for a plan to charge all expenses as they go, or go for the all-inclusive plan to lock the rates in up front. That plan includes snorkeling and non-motorized water sports. 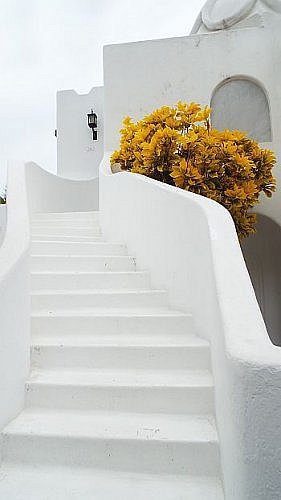 Rooms here all face the water, though some do from up the hill, looking over the rooftops of other buildings. They feature “high-quality linens, a minibar with soda, water, and Tecate beer, flatscreen TVs, and quality toiletries. Several of the larger suites have private, heart-shaped dipping pools on good-sized outdoor patios, great for total privacy while enjoying the gorgeous weather.”

This seaside resort works well for families, but also for romantic couples. One of the swimming pools is adults-only and one of the sit-down restaurants requires reservations. The way the hotel is set up, it’s easy to hide away behind thick walls in your enclave when you want to get away from other guests.

In recent decades, scarce air connections and a lack of marketing have limited the number of international travelers that have come to Manzanillo. That may change soon though with the opening of several high-profile luxury chain hotels to the north in Costalegre. The increased attention may bring more curious travelers to this legendary property currently known mostly by yacht owners and domestic guests.

See our detailed review of Hotel Las Hadas by Brisas in Manznillo.

Fine Cuisine at an All-inclusive Resort: Our Revamped Review of Le Blanc Cancun
Share it!