Trying to pick the best restaurants in Mexico City is an exercise in futility, like trying to narrow down the best places to eat in Paris or New York—from a culinary standpoint it’s just as difficult. This is the largest city in the Americas, after all, and one with a reputation for terrific food at every budget level. 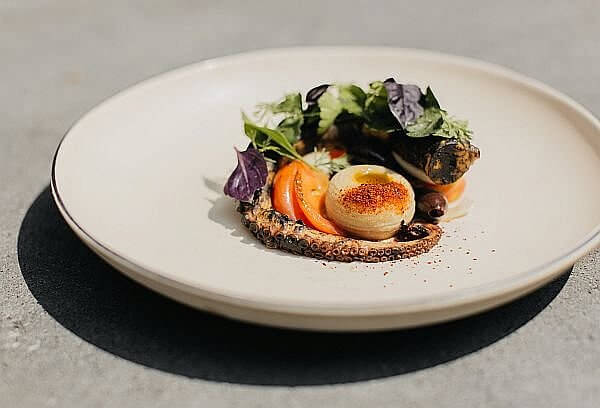 A few restaurants do stand out of course, winning accolades on international best restaurant lists and TV shows. There’s so much more to explore though, in so many different neighborhoods, so we asked a few expat travel and food book authors living there to give us their picks.

First up is Nicholas Gilman, one of the best-known food experts for the capital. He’s the author of Good Food in Mexico City, of Mexico City’s Best Tacos, and co-author of Seven Days In The Valle: Baja California’s Wine Country Cuisine.

His top pick is not a surprise: Pujol, from now-celebrity-chef Enrique Olvera. It moved 11 blocks from its old location into a new space last year. “It is the country’s most renowned restaurant and has recently been revamped so is now an exquisite design experience as well,” Nicholas says.

He also likes Sagardi: “This glamorous Basque restaurant is a great spot for drinks and tapas or a full meal featuring superb aged meats.” 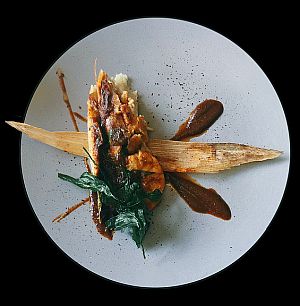 For a lesser hit to the budget, try Pasillo de Humo. “This relaxed Condesa venue features the superb Oaxacan cooking of chef Alam Méndez.” Also check out Nicos. “This out-of-the-way lunch-only spot is worth the trip. In the hands of chef Gerardo Vazquez Lugo, son of the founders, Nicos is the city’s prime spot to sample classic Mexican cooking; many recipes have been culled from the chef’s family archives.”

Going down the budget scale, check out Cercano Comedor: “This is a neighborhood Franco/Mexican bistrot that looks to lovely Parque Mexico and offers exquisitely prepared wallet/friendly food,” Nicholas says.

Or how about Terazza Cha Cha Cha? “The name may be silly, but this terrace restaurant offers an exquisite view of the Monument of the Revolution; the classic Mexican food is great as well.”

We happen to have a Mexico City resident on staff here at Luxury Latin America. Lydia Carey is our associate editor and has written some of the feature stories and hotel reviews on the site. She has also led food tours in the capital and is the author of the upcoming Random House book, Mexico City Streets La Roma. Here are some of her dining highlights. 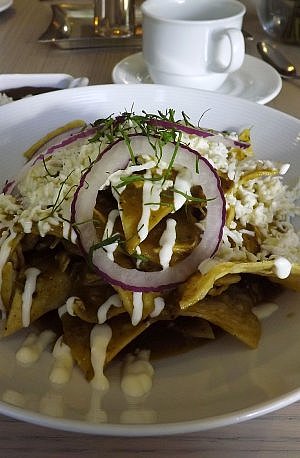 She is also a fan of Nicos, but then recommends Fonda Margarita for breakfast. “You can try incredible Mexican guisados, cafe de olla, and churros, accompanied by two old-timer musicians serenading the crowd.

She also recommends Sophia’s Place, but stresses that technically the restaurant has no name. “It’s at 1 Luis Moya in the Centro Historico next to the Bosforo mezcal bar. It serves a blend of regional recipes in the tradition of slow food, with a massive in-house comal for fresh tortillas and itacates.”

“I also really like La Docena Oyster Bar & Grill for seafood and Lardo, Elena Reynagas’ casual place, a blend of Mexican and Mediterranean.”

Jim Johnston has also contributed some hotel reviews to our site and he’s the author of the most popular guidebook for the city on Amazon: Mexico City: an Opinionated Guide for the Curious Traveler.

He agrees with Nicholas on the city’s best-known gourmet restaurant. “Pujol keeps topping all the lists of best places to eat in the city,” he says, but it’s definitely a splurge. “Friends just spent $400 US on a birthday dinner there!” He is also a fan of Pasillo de Humo for “excellent Oaxacan food in a modern setting.” 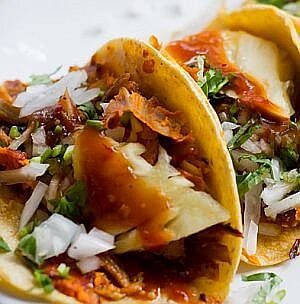 For a real taste of Mexico, he says to get tamales from a street vendor. “NOT in a restaurant—they are never as good,” or tacos al pastor, the iconic dish of Mexico City. “You’ll find them all over town, but my favorite place is Tizoncito in La Condesa.”

For a nightcap after a performance at the gorgeous Bellas Artes, go as high as you can go. “If you have clear skies, head across the street to the Torre Latinoamericana—the 45th floor bar/restaurant is the perfect place to celebrate or even pop the question.”

All three told me that what has really changed in the city the past five years though is the influx of foreigners on the culinary scene. So if you get burned out on Mexican food eventually, it’s relatively easy now to get good Asian food cooked by Asians or French cuisine prepared by a chef from Paris.

For you the best restaurants in Mexico City may be “none of the above,” and that’s just fine. With so many great choices of where to eat in this foodie city, you could spend years trying the top tier and then have to start over. Buen Provecho!

Don’t take a chance on where to get pampered in the capital. See our detailed reviews of the best luxury hotels in Mexico City.

Memorable Dining Experiences in the Riviera Maya of Mexico
Share it!