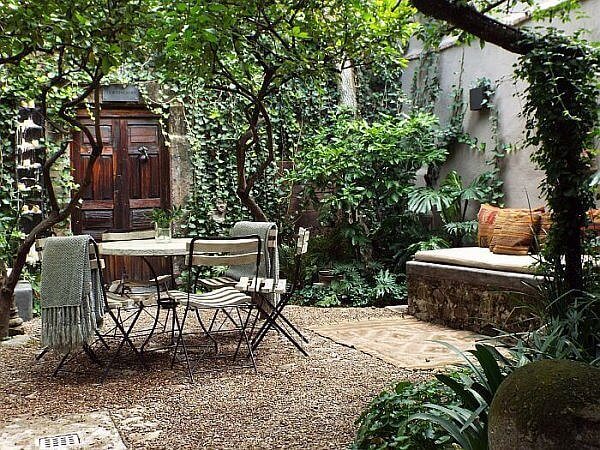 Can a house with no name really be a luxury hotel? Well a small one maybe, but yes.

Casa No Name in San Miguel de Allende in Mexico got its name from a previous resident, but it’s not a short story. The original owner was a prominent priest, one who commissioned a mural in his nearby church that is now a UNESCO World Heritage site. The current owner worked on restoration of the painting, bringing the story full circle.

That would be history enough, but this hotel was also the home of Deborah Turbeville, a world-renowned photographer that lived there during the last fifteen years of her life. Her series of melancholy (and at times dark) photographs taken in the house were compiled into a book entitled Casa No Name. A copy sits in each one of the rooms for the perusal of the guests.

The visitor profile of San Miguel has changed quite a bit in the past decade. Ever-wealthier international travelers enticed by glossy magazine covers have been joined by Mexico City travelers. The latter drive up for a weekend trip or join many of the 600+ weddings staged in the city each year now. 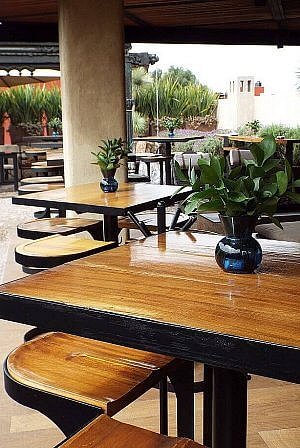 Two of the city’s largest luxury hotels had a lot to do with the increase in moneyed tourists, but there’s only so much room for big projects in the historic center. Plus there are historic codes to abide by, thankfully. So most of the new hotels opening now are small boutique properties we have profiled like Hotel Nena and Casablanca 7.

This recent addition to the scene only has six rooms, so it doesn’t make sense to devote a whole lot of space to restaurants and bars. In the morning you can have breakfast in a central patio, continental included in the rates or ordering from an a la carte menu. Snacks, tapas, and pizzas are available to order at other times of the day, with room service available until 9 p.m. The hotel is located a short walk from the central square, so there’s no shortage of cafes, bars, and restaurants in any direction you go when heading out the door.

The rooftop area is not your typical San Miguel de Allende scene with views of lit-up church domes and the mountains in the distance. It’s a walled-off private area with lavender bushes instead, with a spa area offering multiple massage treatments and even acupuncture services.

Each of the six rooms has high ceilings and a gas fireplace for the chilly months. Rain showers, Bvlgari toiletries, robes, slippers, and high-end bedding ensure a restful stay. Rooms are adorned with a variety of thoughtful touches, from contemporary art to mementos from the home’s past. The well-traveled innkeepers have also brought back a lot of items from abroad, so decorations and some of the furniture were sourced from Turkey, India, and Tibet.