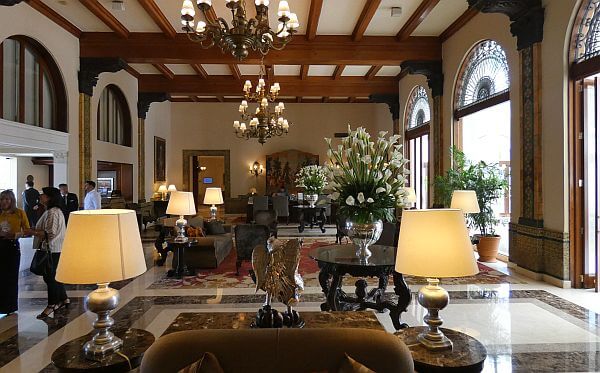 When we first visited Country Club Lima Hotel in Peru more than a decade ago, we loved the impressive entrance and the grand lobby that showed off its 1920s heritage. The rooms weren’t as flashy as some of the newer ones in the city, but that seemed appropriate given the old money clientele and classic surroundings. They were certainly ample size though, which is one luxurious touch that is sometimes lacking.

We’ve been back once since, but when we had the chance to stay there earlier this month, we found a beautiful property that has kept up with the times in some respects, but still embraces the timeless luxury that has kept it at the top of the rankings here for so long. 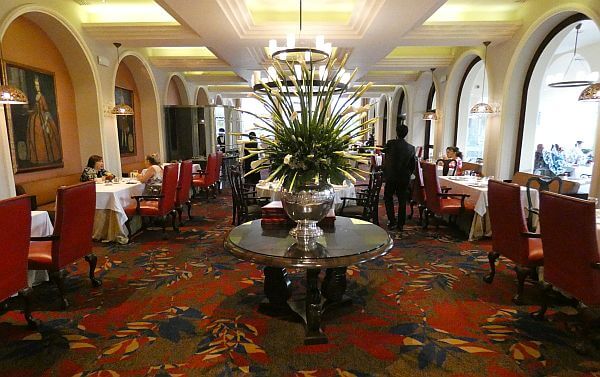 This member of the Leading Hotels of the World has always had a bit of a home-school advantage for its restaurant, bar, and event spaces. Located in the San Isidro area near many embassies and company headquarters, it has long drawn a clientele of local power brokers.

Huge palms and wide stairs lead through a series of arches to the grand lobby, which nods to the days of Francisco Pizarro. Extravagant oil paintings here and in the hallway feature a collection of arch angels (often in full Spanish soldier regalia) ready for battle. Gilded torchieres join a large fireplace, bouquets of fresh flowers adorn the antique tables, and an array of furniture is always well-maintained. You check in while sitting at a desk, while past the lobby a stained-glass skylight brightens up the adjoining Vitrales lounge. The afternoon tea served on weekdays is a big social event here, with live music in the background.

For overnight guests though, the rooms were starting to feel a bit out of sync and it was time for an upgrade.

So upon the hotel’s 90th anniversary, the owners commissioned a sizable renovation. The public areas were handled with a light touch, mostly just updating furniture here and there and increasing the size of the historic viceregal oil paintings collection to 300—some of them with frames as interesting as the paintings themselves. Most of the major changes were in the rooms, where pops of color, dramatic headboards that incorporate Peruvian fabric motifs, and increased electrical charging options brought them into this decade.

As before, all of the rooms—most of them ample junior suites—are a bit different, with subtle changes in layout, furniture, and decorations. Many have separate whirlpools or soaking tubs, some have a terrace or furnished balcony. All come with plus touches like high-end toiletries, robes, slippers, and nightly turndown service. I especially appreciated the alfadores cookies waiting for me when I returned to the room, as well as the glass of sparkling wine at the sit-down check-in. 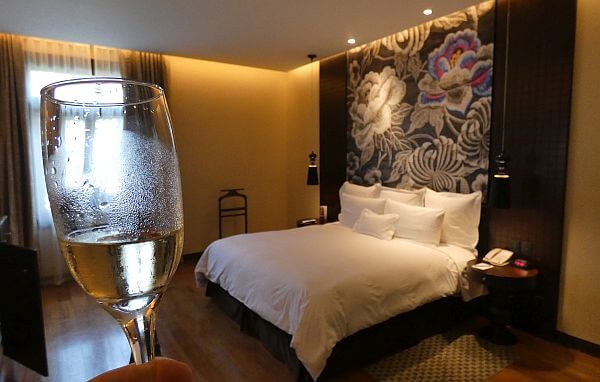 The other big addition since the first time I visited in the ’00s is a swimming pool, which was graced with a nice sunny day for me this time around. It’s easy to forget you’re in the heart of modern Lima when you’re kicking back by the pool, knowing there’s a golf course across the street.

Click the play button above to take a tour of Country Club Lima Hotel with us to get a sense of what it looks like inside. There are plenty of luxury hotels in Lima these days, but the original isn’t giving up its spot at the top of the pecking order after these renovations.