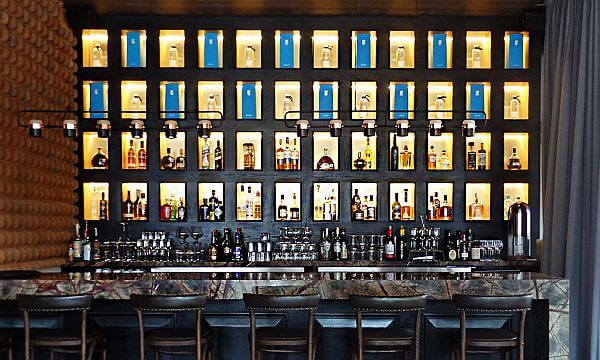 Despite a boom in tourism and more gringos moving in all the time, it has been quite a while since a new large hotel has opened in San Miguel de Allende. Most of the additions have been small boutique hotels or B&Bs like Casa No Name and Casablanca 7.

That changed recently with the long-anticipated opening of Live Aqua Urban Resort, about a 15-minute stroll from the UNESCO World Heritage historic center of San Miguel. While the brand name may not be familiar to Americans and Canadians, the parent company—Grupo Posadas—is the largest hotelier in Mexico by far. It’s best-known brand is Fiesta Americana business hotels (on par with Hilton and Hyatt) and it runs several others at different price points. There are Live Aqua resorts we have covered in Cancun and Playa del Carmen. 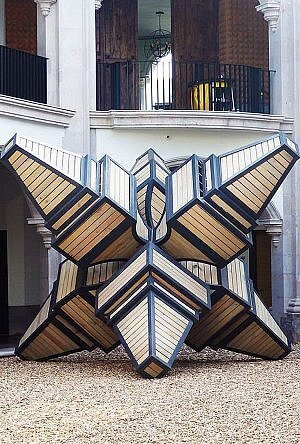 This being a new build without centuries-old buildings around, this 153-room property’s architects and designers decided to nod to the past (there’s a large courtyard and iron balcony railings above), but focus more on the modern side of Mexico. The country is a powerhouse in the art world and the property puts its national artists front and center. There are prominent sculptures from names like Javier Marin and Rodrigo Garagarza. The design aesthetic is more akin to what you find at long-established Hotel Matilda than the next-largest property in town, the Rosewood.

We’re pleased to see a large hotel chain that’s good at cranking out volume pay such close attention to creating something unique in this city of artisans. Walking around the property feels like being in a gallery, but one that’s meant for daily vacation activities instead of furrowed brow concentration.

The owners didn’t skimp on the restaurant set-up either, hiring celebrity chef Eduardo Palazuelos, creator of Mar del Zur in Monterrey and Zibu in Acapulco, to design the main restaurant’s menu. There’s little chance of being bored with the unique combinations fusing Mexican and Asian flavors. The Cigar Bar pictured at the top of this post was created in partnership with local premium tequila company Casa Dragones.

You can work out in a 24-hour fitness center or relax by the heated pool and take in a bit of nature with a view of trees and hills. There’s also a full spa on site:

In its ten treatment rooms—four of them suitable for couples—guests can choose from a menu of specialty massages. The emphasis is on engaging all the senses, with aromatherapy, the sound of water, and soothing flavors. There is also an oxygen room and a full hydrotherapy circuit with a sauna, steam-room, Jacuzzi, and a Swiss shower.

Rooms are as luxurious as they are with any of the competing hotels in San Miguel de Allende, with Molton Brown toiletries, 400-thread-count sheets, coffee maker, minibar, robes, and plenty of outlets. In a nice retro nod though, there’s a record player with vinyl albums to play. All is on display in the bathrooms though, separated from the bedroom by a wall of glass. 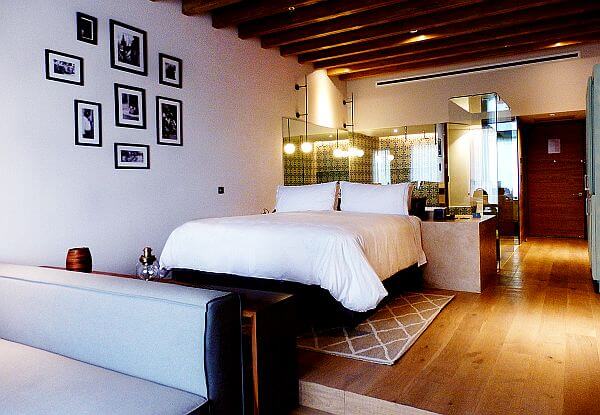 Staffers have a good command of English and there are English menus in the restaurant, though as with most Mexican hotels, don’t expect many TV channels that aren’t Spanish on the 65-inch TV in your room. If you stay here on a weekend, you can be almost sure that a Mexican wedding will be going on. This may be a favored destination for the reverse migration of Americans moving to Mexico, but for the tourists coming from the capital city, this is a place for big family celebrations.

In a city dominated by small hotels with limited facilities, big hotel lovers will be happy to see this new addition giving the Rosewood and Belmond Casa Sierra Nevada some competition among the best hotels in San Miguel.