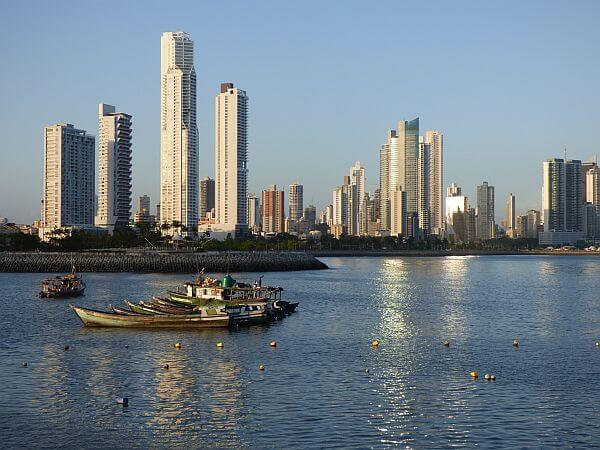 When I first visited Panama City, Panama before a two oceans yacht tour on a luxury catamaran, the capital looked nothing like it does now. Even though this was just 12 years ago, there was a serious hotel shortage and a big underground market in apartment rentals to meet demand. (This was before Airbnb and when few had used VRBO outside of vacation resort areas.)

There were about 50 fewer skyscrapers in the city, no metro, and the wider Panama Canal extension that allows container ships through was still just a dream. 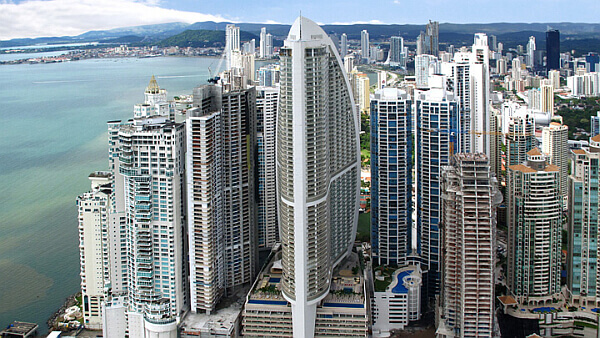 Back then, not so long ago, if you went to look for luxury hotels in Panama City, there was The Bristol and…not much else. The big chain hotels had not felt comfortable enough to venture into Panama and it would be years before a 5-star hotel in Casco Viejo became reality.

There was a Radisson Decapolis then, which is still around, and it’s still one of the coolest places to stay in Panama City if you’re into modern design and dramatic interiors. Just check out this shot from the restaurant: 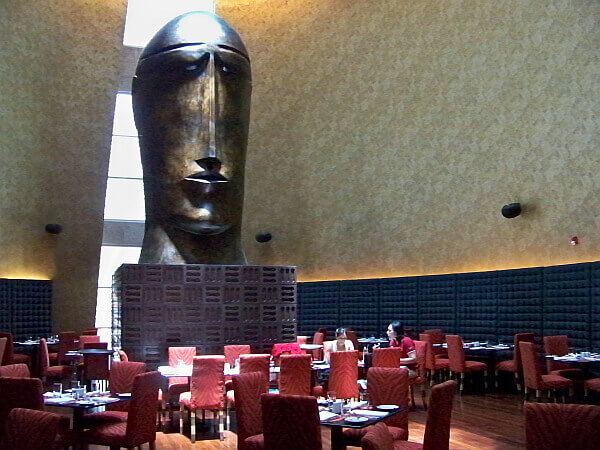 That one is in the main business district, where cement mixers have been on overdrive for 12+ years now. Hotels with more than 500 rooms have gone up, including a Hard Rock and a Riu. For more sophistication, however, there are better luxury hotel choices, such as the Waldorf Astoria.

The most prominent hotel in the city was once the Trump Ocean Club, before that root word became so toxic that they had to change the hotel name and the management to reboot. It’s now the JW Marriott Panama City and apparently more than 40% of Americans are now willing to book there again: business has picked up substantially since the moniker switch. Marriott also has an all-suite hotel in a different part of the business district that’s smaller but very comfortable. See our full review here: Marriott Executive Apartments Finisterre.

There’s also a very nice Le Meridien Hotel Panama City if you have status with French chain Accor and want to rack up some points.

If you’re not coming to Panama City to hammer out deals in the capital, you can have a resort vacation without going very far. There’s an area called Playa Bonita that faces the Pacific where there ships are coming into the canal, but it backs up to a rainforest where there’s very little development.

There are a few Panama resorts on this stretch of sand, places where you can kick back by the pool drinking cocktails before it’s time to fly home. Or it’s a great area to mix business and pleasure if one person has to go do business presentations and the other spouse does not. It’s close enough to the city center to spend the day there and return back here at night.

There’s another Marriott property on this beach if you’re trying to earn or cash in Marriott Bonvoy points—the Westin Playa Bonita. Otherwise it’s Secrets Playa Bonita, where you have an all-inclusive plan and don’t have to sign for every drink and bite to eat.

Or Stay Near the Rainforest…

Panama’s capital is one of the few cities in the world that has a rainforest in its city limits. If you want to be in a real jungle instead of an urban jungle, consider a stay at Gamboa Rainforest Resort. This won’t give you the kind of luxury Panama hotel pampering you’ll get at some of the others mentioned here, but it’s a place where you can walk out the door and see monkeys and tropical birds. Yet you’re just a few minutes from the Panama Canal and 15-20 minutes from downtown Panama City.

There’s so much more to this country beyond the capital city though. Like Costa Rica, the real payoff comes when you get out of the metropolis and into nature. See this post for some ideas on unique things to do in Panama.

The Best Restaurants in Latin America and Top Cities for Food