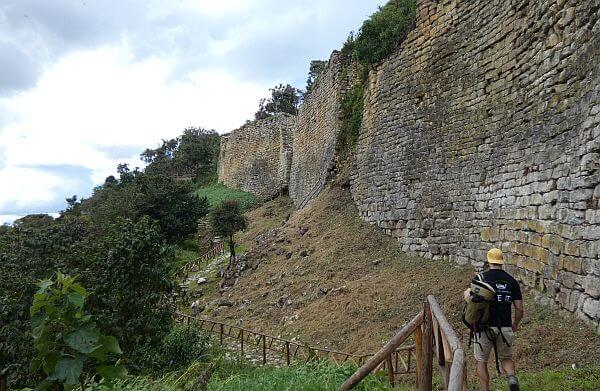 Did you know there’s a citadel complex in northern Peru that’s even larger than Machu Picchu? If you haven’t heard of Kuelap Fortress, you’re not alone. If you go visit right now, you might only see a dozen other visitors on site the whole time you’re there.

We recently published a tour story on this fascinating area at the far north of Peru, the Amazonas – the part of South America ruled by the Chachapoyas people. They were the last ones to be overtaken and ruled by the Incas and their Kuelap fortress protected them for almost 10 centuries. See the full story here: Grand Ruins and Mysterious Tombs in the Amazonas Region of Peru.

You’ll see some photos in there of Kuelap, but check out this video tour for a taste of what it’s like to visit:

That’s just one attraction in the Amazonas though. Many people come to view the strange mausoleums and tombs the Chachapoyas people built in the sides of the many cliffs along the rivers and lakes here. The hard-core option is to do a multi-day hiking and camping trip around the Laguna of the Mummies, but an easier option is to see them in Revash and Karajia. Both those require a hike too, but much shorter ones that can be done in a morning or afternoon. 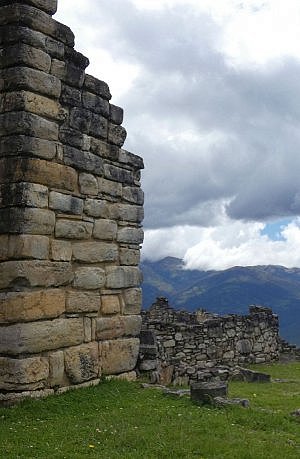 The other big draw is Gocta Falls, a two-stage waterfall that’s one of the highest in the world, one that nobody had even visited until 2002. The locals thought monsters and evil spirits lurked there and never hacked out a trail through the jungle. Now you can feel like an explorer yourself when visiting: unless you hire a horse, you walk through for a couple hours, admiring the stunning mountain scenery, to arrive at the thunderous bottom of the falls.

Be sure to set aside a whole day for that, and a whole day for Keulap Fort. It’s much easier to get to Keuelap than it used to be though. Formerly you had to hike uphill from a village that was not exactly close. Now you can take a cable car across the valley and up the mountain to get to the well-maintained pathway steps. Check out the video above to see the whole journey.

So what does an area with so much to see get so few visitors while the most famous attraction in Peru is suffering from being loved to death? It’s primarily a matter of access. While you can fly into Cusco and take a train through the Sacred Valley, an Amazonas vacation is a real adventure. The closest airport with flights from Lima is four hours away. Getting from place to place requires a few hours’ drive on a winding two-lane road between two cliffs and a river. Occasionally that road gets blocked by a landslide or washing out: it’s best to visit outside of rainy season.

There are also no true luxury hotels in the Amazonas area, though I did check out a few that are plenty comfortable for a few nights. They’re all highlighted in the practicalities section of our feature story, as are a couple tour companies that operate in the region. We had an enthusiastic English-speaking guide who really enhanced our trip with good background info and his personal history living near Kuelap.

See our full feature story on an Amazonas tour in Peru.

Why You Should Stay for Days in Peru’s Sacred Valley

Get Your Built-in Peru Adventures With Explora Valle Sagrado

Lares: Adventure Travel for Everyone in Peru

Combining the Mountains and the Jungle in Peru
Share it!