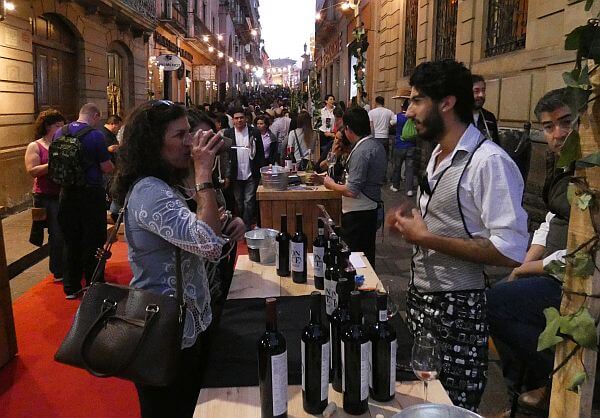 Having trouble even coming up with one? You’re not alone. Despite hundreds of wineries in the country, some of them producing some really high-quality bottles, very few people outside of the home country can name even one Mexican wine brand. Not all that many people in Mexico can either; most of them would rather drink beer, tequila, or rum.

It hasn’t helped that close to half the price of a bottle of Mexican wine is taxes. Mexico’s additional taxes on wine are some of the highest in the world for wine-producing countries. To put them in perspective, Italy, Germany, Portugal, and South Africa charge 6%. Spain charges 8%. The USA’s rate is 10%.

Until a couple of years ago, four of every five bottles of wine consumed in Mexico were imported. It’s often cheaper to buy a bottle that came all the way from the bottom of South America in a store or restaurant than it is to buy one that only had to travel 100 miles by truck. There have been legislative efforts to fix this, but the Mexican government is not known for rolling back taxes on anything, especially a product they deem as a luxury item.

Fortunately, this hasn’t kept producers from striving for something to be proud of. It’s easier to find quality Mexican wine every year and the wineries are steadily winning more awards. Recently, Mexico was one of the top medal-winning nations at the Concours Mondial de Bruxelles, scoring 39 medals—including 12 golds.

Going in blind and just picking a bottle off the shelf is tough though, so last year I got schooled at the  Catando Festival in my adopted city of Guanajuato. It happens each year and I’m psyched about returning again this year, at the end of November.

The way it works is, you buy a ticket in advance for the equivalent of $47, or get it at the entrance for a little more. This gives you a nice glass that you can take from booth to booth for sampling. You can do a lot of sampling: there are wineries set up for blocks and blocks in the historic center of Guanajuato City, with reps ready to tell you all about their offerings.

Since I felt like I knew very little about the wines of Mexico beyond whatever I had bought on sale at the supermarket, I dove in and went a little crazy. Thankfully there were a few booths giving cheese samples too along the way to get something in my stomach. Or you could buy from gourmet vendors and have a proper meal. 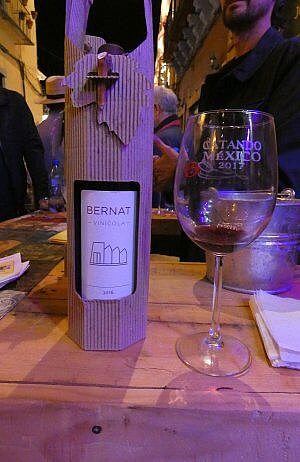 I suspected going in that the best wines would be from the Valle de Guadelupe in Baja California and that ended up being the case, though a few from Queretaro were above average. I was only drinking the reds though, so my experience might be a bit different with the whites. I had a good Chenin Blanc from Casa Madero, the oldest winery in North America supposedly, established in 1597 in Coahuila state, near Monterrey on a tasting menu at Grand Velas in Nayarit. I’ve also started making the white table wine from XA Vinos Domecq my go-to everyday choice since it’s easy to find in stores and is a good value.

With the reds, some people find the Baja wines to be too salty for their palate. With many of the vineyards being right by the Pacific Ocean, there’s a level of salinity that you don’t find with many other wine regions. Personally, I think it usually works out fine with food, then there are some produced a bit further back from the sea that are more akin to California wines.

I tried nearly all of them that are in the states of Guanajuato and Queretaro, figuring I should support the home teams, but I only got really excited about a couple of them. More on that in a minute. I’ve had excellent sparkling wine from Queretaro state though, made with the labor-intensive Champagne method in the same facility that cranks out the inexpensive Freixenet”black bottle bubbly” that’s a staple in restaurant brunch mimosas.

The still wines from Guanajuato state were just so-so though last year, so I’m hoping for better luck this year.

I really wanted to like Tres Raices since it’s in my back yard of Dolores Hidalgo and I knew they were going to be opening a hotel. When it’s officially open in December, we’ll have a link to a review of it here. Alas, for the reds at least, either the vines or the barrel aging need a few more years for some complexity to develop. For me, the Syrah beat out the Merlot and their Cabernet Sauvignon, but we’ll see if I feel that way again after this year’s tasting. 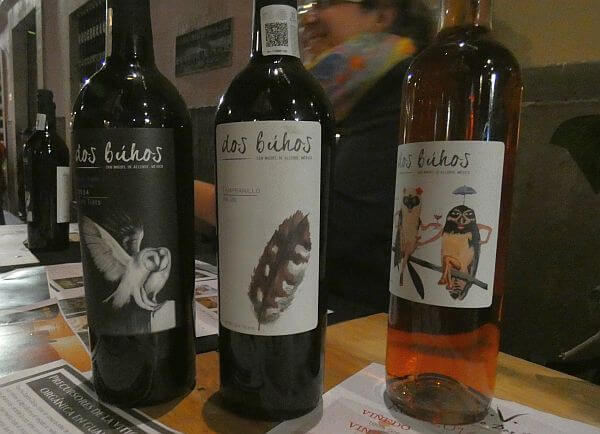 I also didn’t like Dos Bujos of San Miguel de Allende as much as I hoped, but they have some of the coolest bottle art for their labels. I’m planning to do a Guanajuato state “Rutas de Vino” story next year, touring around, so stay tuned. Maybe when I’m not subjecting my taste buds to so many wines in one night I’ll have a different experience.

The one from the local region that I liked the best was a Malbec (of all things) from Bernat Vinicola, just outside of Dolores Hidalgo.

My Favorite Mexican Wines of the Tasting

After a thorough night of research, I came away with two favorites that I ended up buying bottles of that night to take home. One I’ve since seen a good bit in stores. The other I haven’t at all, so I should have bought more.

The one I’ve since gotten in a restaurant and at the supermarket is a Malbec/Cabernet Savignon blend from La Redonda, my favorite inexpensive one of the nearby bunch, from Queretaro state. While the XA has become my house white, this is now my house red. It’s usually less than 190 pesos (US$10) in the stores.

My outright favorite was twice as much, but it tastes very elegant and expensive. That would be the 2016 Cabernet/Merlot blend from Quinta Monasterio. I served it to a friend from Italy who was staying with me with our Italian meal and he liked it as much as I did. I’m salivating just thinking about it, even though this was almost a year ago now. 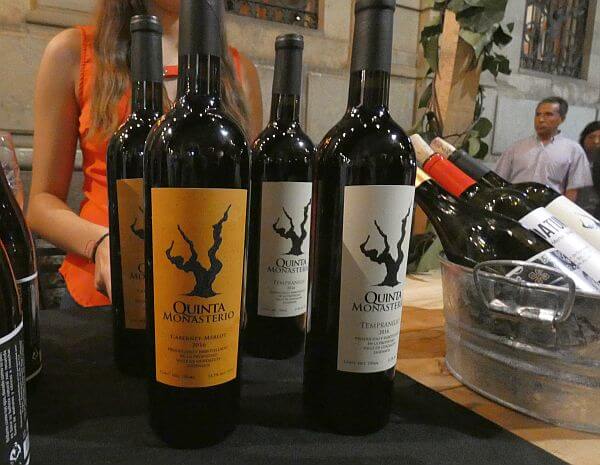 Other standouts were the Cabernet Savignon from Symetria winery in Valle de Guadalupe, a Nebbiolo from Once Gatos (11 Cats) in Queretaro, and Los Nietos Reserva from Valle de Guadalupe, a blend of Cabernet Sauvignon, Merlot, and Cabernet Franc grapes from Emeve Winery. All three of these can retail for more than $25 though, or twice as much in a restaurant, so there more for a special occasion or gift than something you’ll drink every week.

One I didn’t try but was kind of surprised to see was this Vino Don Leo Cabernet/Shiraz blend from the Parras Valley in Coahuila state. You can get kosher wine from Mexico! 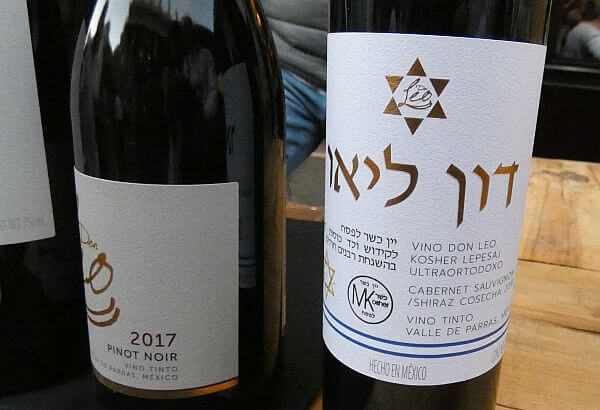 Oh, and about those three Mexican wine brands to name in a hurry? The three largest producers are L.A. Cetto, Vinos Pedro Domecq, and Bodega de Santo Tomas, which are all based in Baja California. If you see wine from Mexico in your local store, it’s likely to be from one of these wineries. When you go on vacation in Mexico though, branch out and do some experimenting. You might be pleasantly surprised.