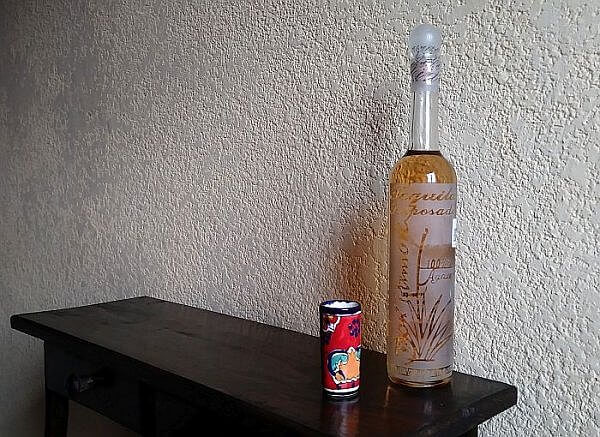 If you find yourself in Mexico, looking at a wall of 100 tequila brands to choose from, you might want to reach for Don Ramon Reposado and save a few bucks. You’ll get a nice 100% blue agave tequila with some heritage, in a bottle that makes it look like it should cost far more than what you will pay.

A lot of times when you buy a premium bottle of tequila outside of Mexico, you’re either paying a lot for the marketing (as with Patron) or a lot for the fancy bottle (all of them that are more than $150). Occasionally though you can find a brand that would hold up well in a blind taste test, in a really attractive bottle, but for a price that’s half or even a quarter of what many similar bottles are going for.

I discover gems like Don Ramon on a regular basis while browsing the shelves in Mexico. The major supermarkets are running sales on a regular basis too. I picked this bottle up for just 229 pesos, which equates to about US$12. A steal! 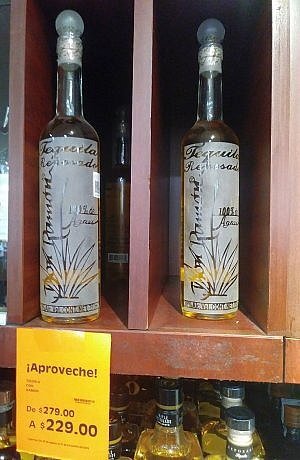 The company that makes Casa Don Ramón Reposado is Orgullo Tequila and unlike most of the brands you’ve heard of, they’re still Mexican owned and independent. They’ve been doing their thing for 22 years now, so far avoiding the call of getting bought out by Diageo or Bacardi.

The clear glass bottle is slender and attractive, taller than a wine bottle. I found out the hard way that it’s too tall to fit in my liquor cabinet, so I took it to a party and shared. It has an etched, partially opaque design with an agave plant and cursive text in an attractive font. Alas, there are a few clues that this is not a $50-plus brand. The stopper at the top may have been glass in the past (and still is in the exported version I believe), but now it’s plastic within Mexico. That may provide a better seal, but it doesn’t look as nice. Also, at least in Mexico, all the legalese info on the back is on a clear plastic sticker that’s stuck on.

If you care more about what’s in the bottle than what’s on it, there’s good news.

As with many tequila brands, this one is aged in white oak barrels that once held bourbon, giving the clear blanco tequila (which they also sell) more character and complexity. It takes on some characters of the wood over the up to nine months it’s aging, but the agave doesn’t get overwhelmed as can happen with the longer-aged añejo tequila options that are better as an after-dinner drink.

Don Ramon is not going to win a lot of international competitions and it’s not as floral and complex as some Los Altos highlands competitors, but it tastes like 100% agave tequila should. For under $15, isn’t that enough? It has a nice sweet agave aroma and there are no strange off-notes as it moves across your tongue. It’s a little harsher an alcoholic on the finish than I would like, but it’s good enough quality to drink neat. For this price, it’s also no big sin to make cocktails with it either.

From what I can find, it looks like this tequila goes for $26 to $35 in the USA, which is an okay deal, but not worth getting too excited about. I’d prefer the more complex Cazadores at the price to sip neat. If you see it in Mexico though, it’ll probably be the equivalent of $15 or less, which is easy to part with. Heck, you could buy a case of them for a party. Speaking of parties, the company will create custom bottles for your event if you order enough.

See more at the Don Ramón official website in Spanish. In the USA, look for it at Top Wine, Liquor Barn, or maybe your local liquor store if it has a good selection. In Mexico you can find it at all the big supermarket chains and some tourist shops.