July 2020 Update – Any article about the COVID-19 Coronavirus is out of date a day later as the disease keeps spreading and countries that weren’t testing properly (especially the USA and Mexico) have had a lack of proper reporting. Much of what was written below from March seems downright rosy in comparison to the current situation. While there are still very few cases in many countries in Latin America compared to the USA, it’s a sure bet things are going to still get worse for a while. If nothing else, from people who traveled into these countries without knowing that they were infected.

From a practical standpoint, international travel is at a halt now, especially air travel. Even if it’s safe to travel to a country, most of them have closed their borders to visitors to be on the safe side. Back in March, El Salvador closed visitation from anywhere, Guatemala closed it to anyone from countries with a lot of cases. Others eventually followed suit.

So while we’re leaving this post up, we’re not encouraging anyone to travel at this moment unless they’re already in one of these countries and are going overland. Step one has to be slowing down the spread of this virus, despite all the economic fallout for the locals who work in tourism.

As of April 23, 2020, here are the countries with single-digit deaths from the virus:

Also, terminal cases are still low in Uruguay, with 12 deaths so far.

Wash your hands a lot and stay safe…

Travelers are naturally worried about going anywhere right now while the number of Coronavirus cases keeps going up and up. We passed 100,000 virus cases this weekend and it will surely get worse before it gets better. While we think anyone with respiratory weakness should take this threat very seriously, we also feel a need to point out that very few cases have shown up in Latin America. 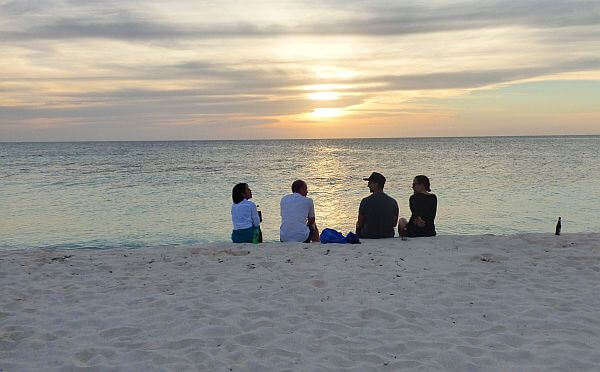 As I write this in early March, most of Central America is still virus-free, there are 23 cases in Costa Rica, and there are no reported cases in Uruguay or Bolivia. Colombia has 13 cases, Mexico 12.

In South America, you are more likely to get struck by lightning or get a royal flush in a casino than you are to catch this virus because you got on an airplane and traveled south. Most South American countries with confirmed cases are in the single digits and those people who have tested positive are in quarantine. In all of Latin America, there has only been one death from Covid-19 thus far.

This doesn’t mean the risk is zero, of course. People do get a royal flush in poker now and then. It’s just very rare and probably not in the realm of possibility for you. The odds are too low to impact your plans.

Get the Real Facts Before Canceling All Travel

[March 16 update – You probably have already canceled your plans now whether you wanted to or not, so rebook that vacation for later.]

This virus cases country breakdown comes from the Centers for Disease Control and the World Health Organization, two websites you can trust to present the facts instead of hyperbole or hunches. Many public figures are trying to play down the risks for their own gain, others are making the situation look worse than it really is. The best way to find out the real deal is to consult the sources that are using science to determine where the truth lies.

The WHO also has a great “Myth Busters” section to counter all those debunked b.s. e-mails your angry uncle keeps sending out. On one hand, you can’t kill or prevent the Coronavirus by taking a hot bath, taking antibiotics, putting alcohol all over your body, or using UV rays. On the other hand, you can’t get the virus by buying goods from China, having pets, or drinking Corona beer. (What’s wrong with these people?!)

Some things will help though, like washing your hands regularly first of all. It also won’t hurt to get a good night’s sleep regularly, eat your veggies, and exercise regularly so your immune system stays strong. All things we should be doing anyway to avoid all the other viruses you can pick up. 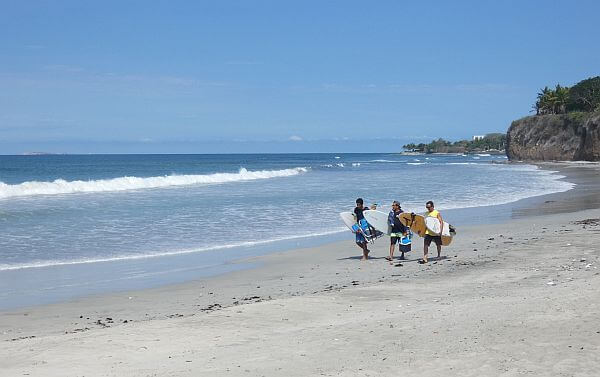 While we admit this situation could change on any day, right now there have been just three deaths from the COVID-19 Coronavirus in all of Latin America, from the giant stretch of land we cover running from northern Mexico all the way down to Antarctica. Two more than when this post originally went up March 8. This is not just luck: the virus doesn’t seem to survive long in hot places and you have to get down to Patagonia before it’s even cold enough for a jacket this time of year except at high elevations.

The virus cases that have shown up in Latin America are mostly marked as “Imported Cases Only,” including most of the 35 so far in Costa Rica. In comparison, there are hundreds more than that in some single states in the USA, so you’re better off heading to Sayulita than Seattle if you’re worried. 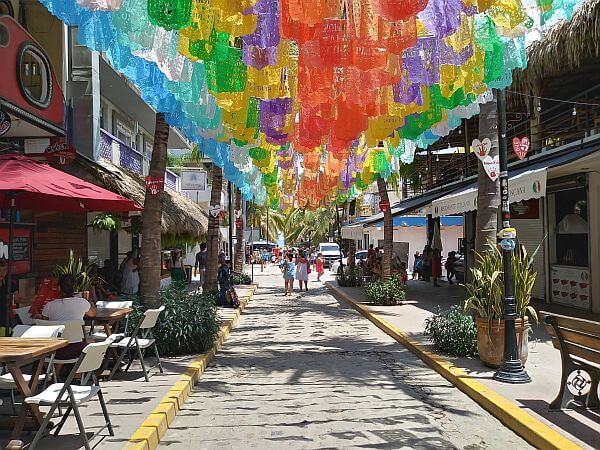 Again though, it’s important to keep these numbers in perspective. Right now the Coronavirus death percentage is running between 2% and 3.4%, which is morbid to talk about, but that shows the real risk level. There are lots of other medical conditions where your chance of dying from it are much higher. They’ll just kill you more slowly and you won’t make the news when it happens. At this point it’s best to stay reasonably isolated and ride it out.

The whole worldwide tourism industry is a baby being thrown out with the bathwater–which is expected given the severity of this crisis and the need to stem the spread. So even though there are few cases so far where Copa, Avianca, and Latam fly south of the USA, bookings are way down because of the panic and flights are getting canceled because of travel bans.

The airlines and hotels are desperate for bookings though for when we come out of this mess. Now’s a great time to snag a flight deal, especially for one of those coveted business class seats. Check prices on Kayak or Skyscanner to see what’s out there.

There’s even less risk than normal when buying flight tickets now. Avianca, United, and many others are offering $0 change fees on tickets that you book from here forward until the policy changes.

Many hotels are having to discount rates too, even in places where we should still be in high season, like Cancun. You can probably find a much better deal than usual right now, even at luxury Los Cabos resorts or rooms with a view in Puerto Vallarta.

We understand that everyone has to consider their own fear level, health situation, and comfort with the unknown before deciding to travel in a time of panic. Anyone who says they know when this will end is dreaming. There’s a good reason nearly every large public gathering has been canceled in the USA and Europe and many schools are going online only until further notice. U.S. states are starting to tell bars and restaurants to close. Where the virus is prevalent, it can spread very easily.

If you are already abroad though and you’re looking for a safe haven, you are probably better off on the southern side of the Rio Grande or in  a warmer place that’s not in crisis mode. Kick back on a beach or go on a great local adventure tour in nature while everyone up north is holed up with an industrial-sized bottle of hand sanitizer in front of the TV. Again though, this all has to have a “for now” tacked on the end. The southern hemisphere may just be behind the curve. Time will tell.

If you’re feeling optimistic or get stir-crazy later, take advantage of the deals and snag a flight now for this summer. It’s a buyer’s market if you can think like a contrarian. Chances are you can bump it back to a later date if things don’t improve by then.