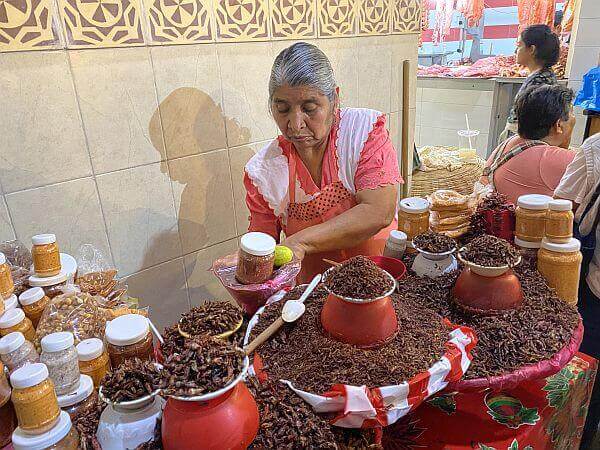 Most people understand that it’s a lot easier to learn a foreign language if you’re in the country where it’s spoken. In Oaxaca City in Mexico, you get the added bonus of being in one of Mexico’s top food destinations, its top handicraft center, and a place where there are a variety of interesting excursions nearby.

Our latest tour feature is Language and Luxury: A Oaxaca Sojurn. It details a week of combining private Oaxaca Spanish immersion classes with walks, with meals, with museum visits, and with jaunts out into the countryside. 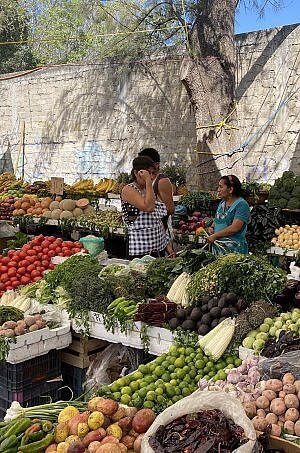 Nobody can really get a handle on Oaxaca City in a week, much less the complicated state full of multiple ethnicities, languages, and struggles. It’s a place where there is often some kind of protest, march, or blockade going on, Yet it is also a place full of stunning beauty: the natural, the artistic, the everyday clothing woven by the villagers on the edge of the city and beyond.

Through language lessons with a local, it’s easier to get a deeper sense of the complexities and history here, while also learning more about local food and art.

Our writer Leslie set this up through a company operating in many locations, Language & Luxury. The idea is to combine the language part with high-end accommodation and curated experiences that will make the week (or longer) really resonate and be memorable. They also operate in San Miguel de Allende, but Oaxaca is a much better place to actually use what you’re learning on a daily basis. While San Miguel has some 10,000 or more foreigners living there, Oaxaca only has a few hundred. It is a tourist magnet so some service workers speak English, but you won’t hear much of it once you get beyond where they congregate.

Our writer got picked up at the airport by a driver with her name on the sign and checked into a boutique hotel where a bottle of Don Julio tequila was waiting. The next day, the lessons began.

My teacher Erika arrived promptly for the first day’s lesson. Cheerful and enthusiastic, she asked if I would like to practice in a café, a park, or in the hotel lobby? I said I’d like to walk, so we began our two hours of Spanish-only conversation exploring the city. We visited the nearby church with its impressive gold-leaf interior and viewed the conservation efforts before walking to a lovely small park to “chismear” (gossip) and practice verbs. I was handed three large sheets of paper with useful words (most of which I knew)—verbs, adjectives, and conjugations—which I referred to often over the ensuing week.

Over the next few days, she ate at great restaurants and humble market stalls, explored the well-known Rodolfo Tamayo Museum and workshops of lesser-known young artists. On the road with a guide, she got to the archaeological site of Mitla and explored a mezcal distillery for a tour and tasting. She visited a local flea market (one of her custom requests) and loaded up on things to take home at market stalls and shops. 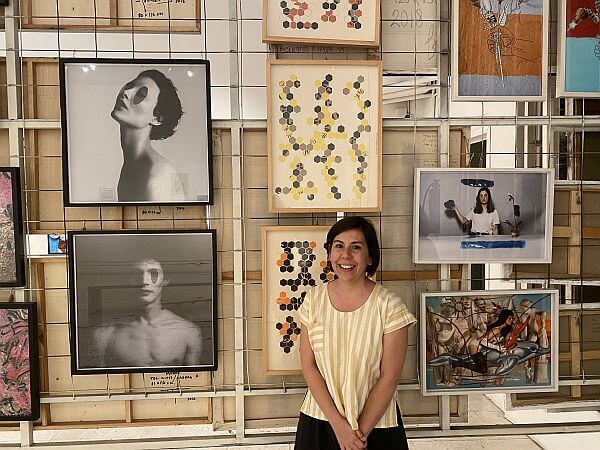 Nobody is going to get anywhere close to fluent with a one-week Oaxaca Spanish language tour, but a language immersion vacation like this is a great way to at least get to the point where you can communicate as a traveler and get what you need in a restaurant, hotel, or taxi ride. Or to improve upon your basic skills and get to a higher level.

With that immersion base, you can then continue studying to become more advanced. Meanwhile, you’ve had a more in-depth experience of a city than a visitor who’s just seeing it at a surface level, with no local at their side to explain the meanings, the history, and the subtleties that are easily missed when you don’t speak the local language.

Then see our Oaxaca luxury hotels section on where to stay when you’re in the city if you’re not signed up on a tour like this.

Four Places Celebrating Day of the Dead Across Mexico

A Private Yacht Tour Around the Islands of Belize

Our Most Popular Luxury Tour Stories From Latin America
Share it!