Since we’re all in dreaming mode right now instead of booking mode, why not dream of places far, far away? This month we’ve posted reviews of two new Argentina luxury hotels in Patagonia: Los Cauquenes Resort way down at the bottom in Ushuaia and Correntoso Lake & River Hotel north of Bariloche . 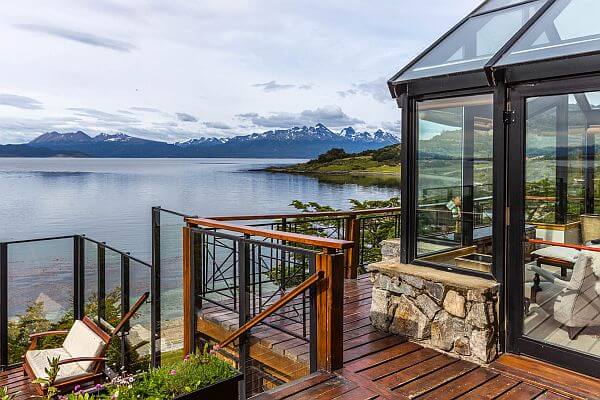 They are actually at the end of high season down at the bottom of South America, which is a blessing I suppose. Some of the hotels in Patagonia close up for half the year anyway, so I guess they’ll be able to ride out this “shelter at home” disaster better than their counterparts in the northern hemisphere. Ushuaia is the jumping-off point to Antarctica and cruises there were winding up anyway, thankfully. Unfortunately, a ship that left March 15 as the virus was spreading rapidly around the world is now about the last place you would want to be. As of Tuesday, “Aurora Expeditions confirmed that 128 of the 217 had tested positive for coronavirus, and 89 had tested negative.”

When we return to a somewhat normal time and you take off for Antarctica under less risky conditions, you may want to check into Los Cauquenes Resort before or after your voyage. The public areas and all the rooms above the lowest category have the kind of view you see at the top of this post, with the Beagle Channel and surrounding mountains out the windows. There’s a heated pool and a restaurant where you can take it all in.

It’s worth it to stay here more than just a night though so you can go on some nearby excursions. “Where Los Cauquenes really shines is in its ability to show guests the natural beauty around Ushuaia, including a range of guided trips into Tierra del Fuego National Park,” says our contributor. Part of her day of exploration was on Akawaia, the hotel’s private 16-passenger tour boat.

The property has 54 rooms and a full spa, and a fitness center. They are not in the city itself, but run shuttles to there several times a day. See our full review of Los Cauquenes Resort & Spa. 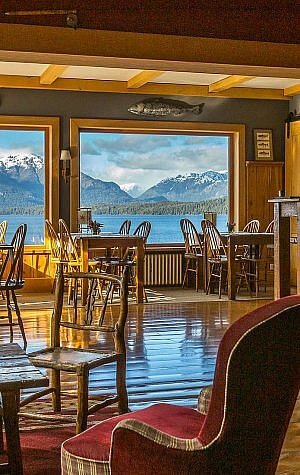 We had a review of Correntoso Lake & River Hotel posted before, but it was many years old and we got someone in earlier this year to see how it’s looking in 2020. This 47-room lodge is on “Seven Lakes Drive,” which gives you an idea of the beautiful scenery you’ll encounter in transit and during your stay.

Correntoso is situated where the namesake river and Lake Nahuel Huapi meet, which makes this a great spot for fishing. You can also go out on a boat to go birdwatching or just soak up the scenery. In the winter there’s a ski resort nearby. One daily activity is included in the rates, which could be a boat trip, a guided garden walk, or yoga class.

This cozy hotel comes across a bit like the national park lodges in the western USA, with lots of wood beams, stone, leather, and a big fireplace. Outside you’ll usually see snow-capped mountains over blue water, either from the restaurant and bar with big windows or from the heated indoor and outdoor pool you can soak in. There is also a sauna to warm up in. 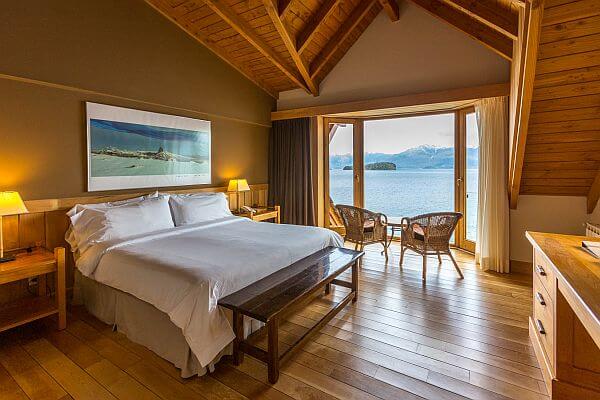 The top room choices are the 16 junior suites added in 2010 via a new annex. These each have ample space and a deck with a view. Or go for one of the two rooms on the top level of the original wing of the hotel. These “have a charming attic feel with dormer windows and bathtubs with a view of the lake.”

The restaurant gets high praise here and the owner has amassed a good wine list, with an emphasis on wines from Patagonia that you probably have never tried before.

Normally this property is only closed for one month a year, in May, but of course that may be extended as a write this due to initiatives to flatten the curve. Since it’s on a popular road between Chile and Argentina, it makes a good stopping-off place for those exploring the region in their own vehicle or a rental car.

See reviews of other hotels in Patagonia and elsewhere in Argentina.

Our Return to Remota in Chilean Patagonia

Is a Foreign Vacation Home or Retirement Dream House in Your Future?
Share it!