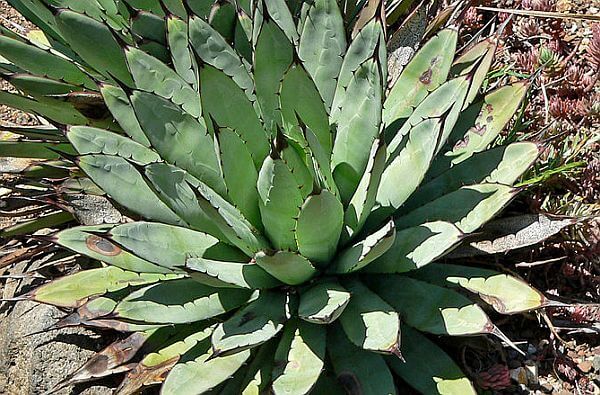 We do not cover mezcal on this blog as much as we cover the most popular spirits from Latin America: tequila and rum. I’ll freely admit that this is because of the same reason we don’t cover pisco and cachaÃ§a often: they usually don’t taste all that great when you drink them neat. There’s a big home country appeal, but they have trouble catching on with spirits sippers internationally.

These two mezcal brands I checked out recently are good enough to make the cut: Mezcal Moyolo from San Luis Potosi and Vete al Quiote Mezcal from Durango.

Taste is a very subjective thing of course, with one person’s “delicious” being another person’s “ugh.” When it comes to mezcal, I know a lot of people who love it and can drink it for hours, but it’s also the spirit that seems to make newbies scrunch up their face the most in a look that says, “Why did you make me drink that?” (I own a company that runs a bars and tacos tour in Guanajuato, so I get to see a lot of first-timers’ reactions. Micheladas are quite divisive too, for what it’s worth.)

Mezcal is strongly associated with Oaxaca, and that’s where most of it comes from. The makers produce it in much smaller batches than tequila, which leads to higher prices when demand is strong, plus there are multiple variations depending on the kind of maguey plant used. It’s similar to tequila in the sense that a type of agave fruit is used, but all tequila must be made from blue agave, which mezcal can be made from one of 30 different types of the plant. This means mezcal is more varied, the plants are often wild, and the results are much more inconsistent.

These maguey plants do not know state borders and Oaxaca is not the only state that produces mezcal. Even within Oaxaca, the production technique can vary a bit, especially in how they roast the maguey. If there’s a lot of smoke for a long period while it roasts in a hole, that’s going to come through in the taste. If there’s more air circulating or the fire is only used for heat, you’ll get a less smoky version. The latter may disappoint the real fans and the purists, but it’s much easier on the palate for those who have had trouble finding a mezcal they liked.

This week we tried two made in different parts of Mexico and for my personal tastes, these were far preferable to most of the 30+ brands I’ve had before. They’re excellent in cocktails and not overpowering when drunk straight.

This is one of the few mezcal brands I’ve tried that I could sip for a while and actually ask for a refill. This is coming from a guy who’s not normally a big fan, so take that with the caution you should if you love mezcal. I like this one because the two taste elements that usually turn me off are dialed way back here: the smokiness and the oiliness. 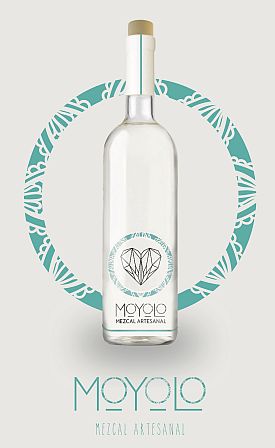 Some would say that a mezcal without smoke is like a Scotch whiskey without the taste of smoke and peat and perhaps they’re right–for the fans. If you want to introduce someone to a spirit though and have them drink it more than once, you don’t want to give them the most hard-core version of it. Otherwise, it’s like introducing your child to classic rock by playing Megadeath and asking, “Why don’t you like it honey?”

Moyolo mezcal is light on the nose as you raise the glass, the first impression being a bright one of citrus and tangy spices, a juicy smell that recalls summer, not winter by the fireplace. This continues with the first sip, which is as bright and bouncy as a C-major spring quartet. While most mezcal brands hit you hard with smoke and then let the fruit poke out from behind, this one is fruit-forward and exuberant, a delight instead of a downer. The elements dance across your tongue and leaving you wanting more instead of steadily deadening your taste buds with every sip. The fact that it’s 38% alcohol probably helps: it’s not overwhelming at all.

This particular producer in San Luis Potosi state dries the agave branches and uses them to fuel the above-ground ovens that steam the fruity heart of the plant. This helps explain the unique herbal flavor, one that avoids the typical peaty or smoky mezcal taste.

Because of its brightness and complex flavor tones, this is a great mezcal for making cocktails. Try it instead of tequila in any recipe and you’ll probably be happy with the results. I paid a bit less than $20 for this bottle in Mexico and the clean design of the bottle lives up to what’s inside. See more at

This Vete al Quiote mezcal can be viewed as a step up from Moyolo in the intensity department, with a bit more heft and a little more darkness that will please people who are already a fan of the spirit. It hits with a little more alcohol and smoke on the nose, but it’s still a bright and pleasant first impression that will remind you more of what’s on the grill than the charcoal under it. 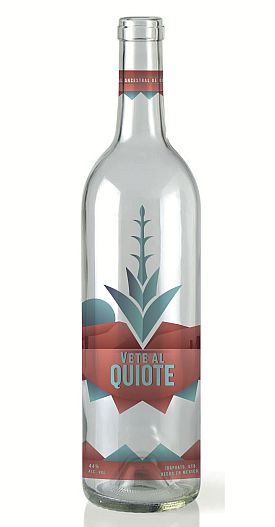 This is another juicy mezcal that takes your taste buds on a ride when it hits, with a wide array of flavor notes that are tangy, sweet, and satisfying. There’s a hint of smoke with this one, but it’s part of the team instead of being the iron-fisted leader. The fruit really shines through and it’s a balanced spirit that stays interesting through the finish. It leaves a slight lingering burn, in the end, the same way as a blanco tequila does, but the tangy fruit taste lingers on as well, with no oily aftertaste.

This mezcal from Durango is unique in another respect as well: this 100% organic and traditional mezcal brand comes from the hands of matriarch MarÃ­a de la Luz DÃ­az. Even today there are very few mezcal brands where a woman is running the show, so that alone sets it apart. This ancestral mezcal prepared with methods passed down over many generations relies on the ‘silvestre’ or wild gray maguey also known as “el Cenizo.” It is not a common version, but it grows in the semi-desert hills of the Guadiana Valley of Durango.

For now anyway, you won’t find either of these brands outside of Mexico, so if they sound good to you, put them on your list for your future travels in central Mexico. I found both in the Los Campos store in Guanajuato City, but you should be able to find them in good liquor stores in their respective states. Happy hunting!

Oaxaca Mezcal Brands and Which Ones are Worth Buying