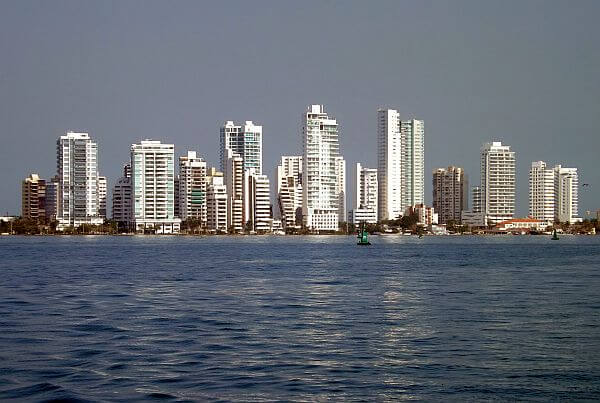 Some elite real estate markets seem to defy logic, economics, and gravity. If you don’t know going in that everything is going to be sky-high there, you could get a serious shock.

Many buyers who are dipping their toes in the international real estate marketplace automatically assume they’re going to find a bargain anywhere in Latin America, especially if they haven’t traveled much in the region. Maybe they have heard the USA is the richest country on Earth (it’s not) or that everyone’s poor in Mexico (definitely not). When they think of Chile, Argentina, Colombia, or Panama, they have some vague recollection of past coups or political unrest and assume they can just swoop in with dollars and buy property for cheap. 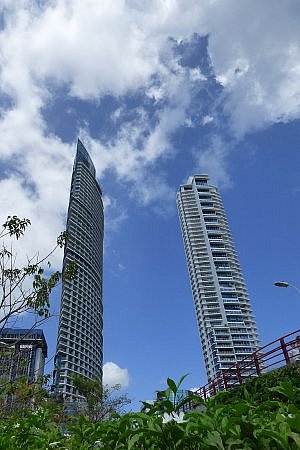 There are plenty of local wealthy buyers in nearly every country in the world, however, even without counting nearby neighbors crossing a border to make a real estate purchase. So while there are plenty of terrific values in Latin America, there are also some areas serving the hemisphere’s elite and successful that are going to cost you a fortune.

Just as Malibu, Aspen, or the Hamptons will cost you more than other parts of the USA, there are certain upscale spots in Latin America that are quite pricey by national standards. They may even cost you as much as you would pay where you live now. Obviously you need to tread carefully in these elite real estate markets and take your time. You don’t want to swoop in one weekend and make a purchase while on vacation. Study the market and the neighborhoods for a long time to be sure it’s a wise investment.

In many cases though, these are the most resilient real estate markets in the Americas, the ones that hold up well during a recession and rise more than other cities during boom times. Let’s start in the Southern Cone of South America and head north.

The poster child for expensive property in South America is in Uruguay, of all places. This may be a sleepy off-the-radar country with only one real city, vast stretches of cattle ranches, and no “bucket list” sites, but it’s also home to the best beaches south of Brazil. 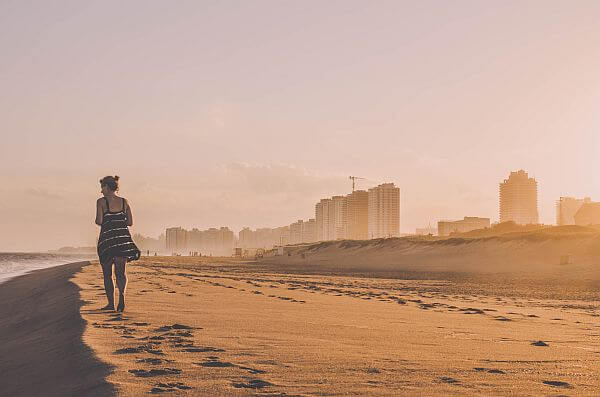 You may not have heard of Punta del Este, but if you have any jet-setting uber-wealthy pals, they probably have. For sure their 20-something kids have heard of it or have been there. For decades this has been the favored playground for South America’s elite. It has also been a popular gathering place for trust fund kids and their free-spending parents–the kind who probably also have a home in the Swiss Alps and Ibiza.

Just finding an available rental villa here or getting a hotel room reservation in high season (January and February) is hard enough if you don’t plan a year in advance. Buying property is more of a hunt for what’s available than a haggling over price. See the full story here in our newly updated feature: Uruguay’s Punta del Este: A Hot Market for Luxury Properties.

During Argentina’s frequent meltdowns and the worldwide financial crisis a decade ago, the Punta del Este property market stayed strong. I’m guessing that even a lingering pandemic won’t make much of a dent, but this could be a time to find a motivated seller who needs to generate some cash. You’ll need to connect with someone in the know though. The owners here, many of whom are public figures, don’t like to make a big statement about what’s for sale, so a lot of the “listings” are by word of mouth.

Cartagena, Colombia for History or High-rises

Colombia has had its share of troubles over the decades and for North Americans it’s not usually the first place that comes to mind for a safe real estate investment. Cartagena was popular even during the worst of times, however, and the Spanish colonial walled city has shrugged off centuries of conflicts to remain a desirable place to visit. 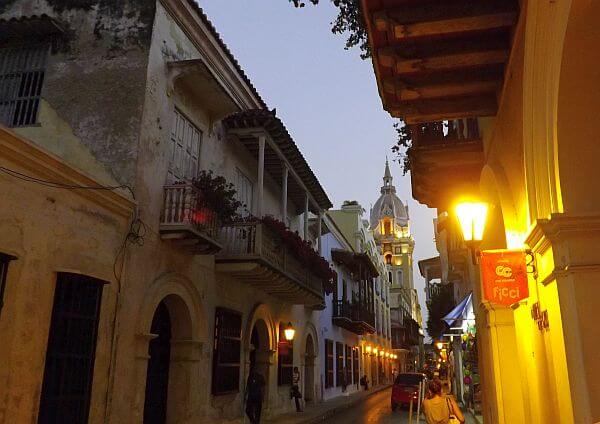 As with Panama City below, Cartagena benefits from being a safe haven for people who want to stash a few hundred grand of cash somewhere. Or maybe a couple million. Sure, some of this could be money gained from “underground business opportunities,” but plenty of it is from legit investors who don’t trust their home country’s future. If you were Venezuelan, would you keep your money in Caracas or would you hop one country over and buy something in a booming vacation destination with solid property rights instead?

Most of the houses in the historic center of Cartagena are listed for somewhere between $500,000 and $3 million, or you can indulge that secret fantasy and purchase a whole boutique hotel. There are at least a dozen for sale right now inside the walls, including a 23-room one with a courtyard pool for $4.5 million.

But there’s a whole other area of high-rises and water views that is all modern steel and glass instead. (See the photo at the top of this post.) That’s where most of the luxury condos are for sale and where much of the Latino buyer interest lies. These tend to be spacious family-sized condos of three bedrooms or more with all the expected modern amenities. These run anywhere from $300,000 to $2 million.

We’ve written a few times about this unique city on this blog and in a full-blown real estate in Panama story.  I’ve been to Panama’s capital city four or five times now and each time the primary noise I heard was construction. The skyline full of high-rises always seems to be dotted with construction cranes putting up new condos. The first time I went, there was next to nothing on the Amador Causeway. Now there are upscale developments there too. 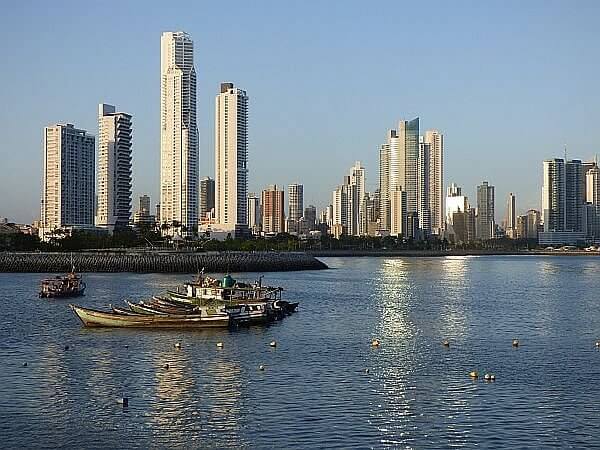 Despite this, it’s still a hot real estate market and is in most respects the most expensive city in Central America for purchasing.

How can prices hold up when there is so much new building all the time? It’s partly due to the city’s position as an international business hub, but also because real estate here has long had a reputation as being the safest in the Americas. Then you have American buyers with retirement money coming down to take advantage of the incentives and dollar economy, plus rich Latinos who would rather buy in Miami but can’t get residency there. The result is a real estate market with a lot of underlying strength.

Even in prime areas, there are bargains to be found because of the high supply, but this is an unusual market. Since many condo units are purchased as an investment, a place to store some cash, or part of an escape plan, many of them are purchased and then sit there empty. A building may look like it only has a handful of occupants when the lights go on at night, but then you find out the project was sold out before it was even completed.

In prime buildings with lots of amenities, you can easily pay $350,000 for a two-bedroom condo here, a half million for three bedrooms, and more than $1,500,000 for a large penthouse with great water views. If you’re thinking those prices sound similar to Miami, you’re right. The gateway to the Americas and the Crossroads of the Americas have a lot in common. It’s just that prices never took a 50% dive here during the financial crisis like they did in the USA. 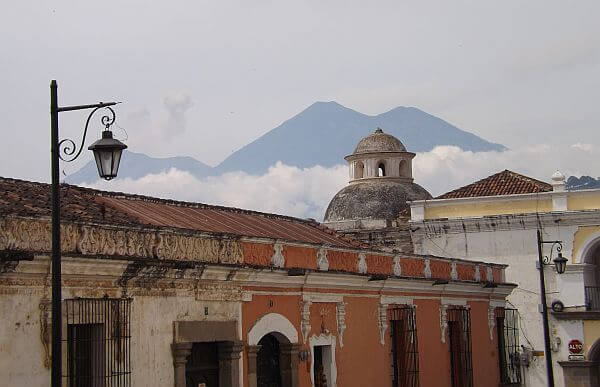 It’s not that Antigua is all that expensive on the face of it: you can buy a colonial house in the walkable historic center for less than $500,000. You can find a luxury mansion with a pool and 4-5 bedrooms in a gated community for under $900,000. Compared to California, these prices seem like a great deal. But when you consider that the average salary in Guatemala is around $600 a month, you might wonder if you’ve stepped into an alternate universe.

There’s a good reason for all this though: Antigua is the most desirable city in Guatemala and the locals know it, especially the ones with plenty of money from Guatemala City. “We have a lot more buyers from the capital who want a vacation home they’ll use for three or four weeks a year and rent out the rest of the time,” says Marlon Catalan from Century 21 Antigua Fine Homes. “For many of them, this is not even their second home: it’s their third or fourth one. They see a real estate investment in a prime area as the safest one they can make in this country.” 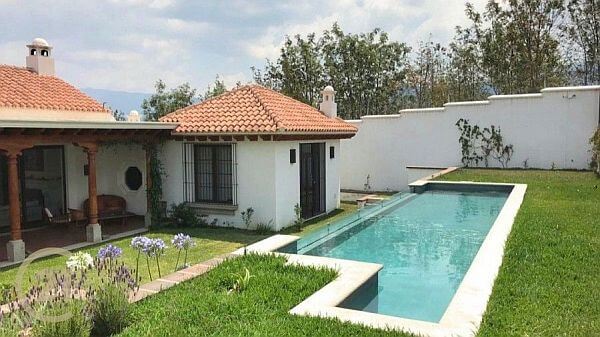 The appeal of Antigua is hard to deny, however, and despite earthquakes and volcanic eruptions, the houses here never seem to get more than a temporary dip in prices. If you’re looking for value, there are fixer-uppers, condos, and land for sale, but get ready to pay close to what you would in your own home city if you’re in Middle America or Canada outside the cities.

If you’re looking for the most luxurious resort market south of the USA, that would be Los Cabos by a wide margin. There are more luxury resorts at the end of the Baja Peninsula than there are in most countries and it has twice as many AAA 5-diamond hotels as Canada or Hawaii.

This magnet for money from Hollywood and Silicon Valley is another destination that has changed drastically in the past couple decades and another that seems to have constant construction activity going on. Much of that construction is new vacation homes and retirement homes for the wealthy, both from within Mexico and from further north. “A half-million will get you a golf course view, a million will get you an oceanfront condo,” a couple of real estate agents told me last time I was there, with the prices going up from there. 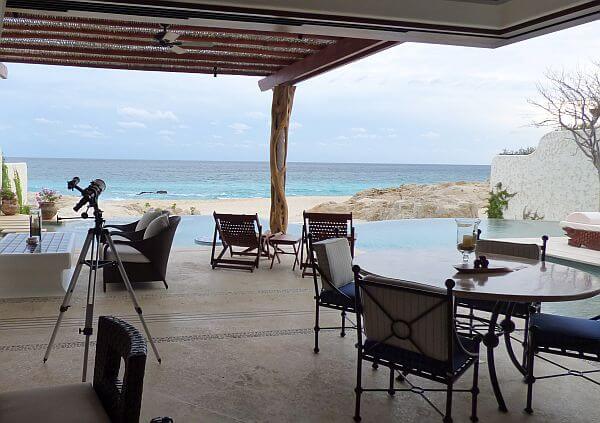 The price range of $750,000 to $2 million is the sweet spot for buyers according to many local brokers, with the most property to choose from in a variety of areas. There’s still a lot of inventory above that, of course, especially existing home sales. This is the only place on this list where you consistently see houses for sale for more than $10 million–and they actually sell.

These aren’t the only elite real estate market examples, of course. There are certain neighborhoods of major cities where you might get sticker shock when you see the prices: Recoleta in Buenos Aires, Copacabana Beach in Rio, or Polanco in Mexico City, for example. In the markets we’ve highlighted here though, neighborhoods don’t matter much: the whole destination area is far more expensive than the rest of the country. Those who bought there would say it deserves to be. If you want in, you might have to pay a premium.

Costs and Where to Retire in Latin America
Share it!