Hotels and resorts don’t normally make drastic changes from one year to the next, but we do try to circle back to them periodically to update old reviews. The latest we’re posting is a brand-new one from Remota in Patagonia. 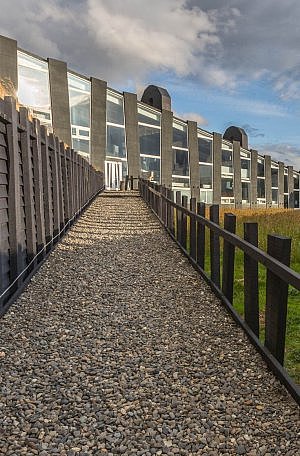 No, we didn’t check in during the middle of a virus lockdown. I had our contributor Karen Catchpole space out the reviews of places she visited months ago when nobody was afraid of standing next to each other or bellying up to the bar. She was making her way through Argentina and Chile and this latest is from Remota Hotel outside of Puerto Natales, less than an hour from Torres del Paine National Park.

That park is a popular place to go for adventurous travelers headed to Chile. The narrow peaks there are one of the most iconic images you see in Chile Tourism ads and a lot of travel features (including one of ours). If you want to be able to hike to there from your hotel room, Remota is not the best choice, but if you’re a fan of interesting architecture and don’t want to stay in the middle of nowhere, then this is a great choice.

Most travelers get to this region by flying to Puerto Natales and if that’s how you arrive, you won’t have to face another hour or two to reach your lodging. Remota is on the lake, with easy access to restaurants and shops of the city. You might want to just sit and take it all in for a while though. With interesting angles and striking visuals, you’ll also want to walk around and get shots of the property from different angles. 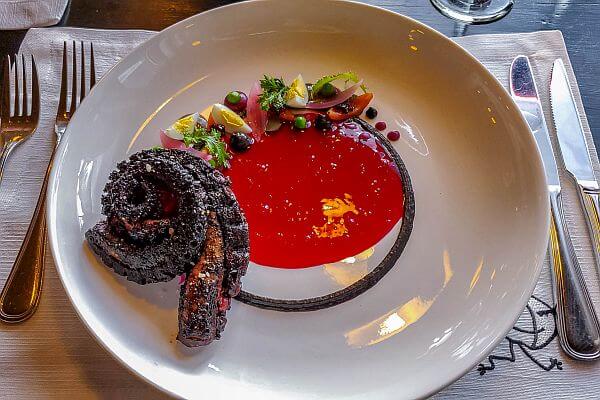 Definitely plan on having at least one dinner here, however. Our various correspondents have found hit-and-miss hotel dining experiences in the Southern Cone, even at luxury properties, but Remota obviously put their cuisine up high on the priority list and they grow a lot in their own organic garden.

Tortellini stuffed with crab was perfectly al dente and bursting with filler-free King crab in a whipped sauce with saffron. The blackened octopus was tender and smoky and beef ribs slow cooked for 48 hours on a bacon sauce with cloud-light mushroom gnocchi was hearty but not heavy. The chocolate lava cake, a dinner menu staple, distinguished itself with a crispy exterior, gooey (but not runny) center, and the correct cooled temperature to set properly and support a dollop of chocolate ice cream without instantly melting it into soup.

As you can see from that food shot, the design aesthetic is strong throughout the property, from the exterior to the lobby to what’s on your plate. Attention to presentation extends to the cocktail menu as well. 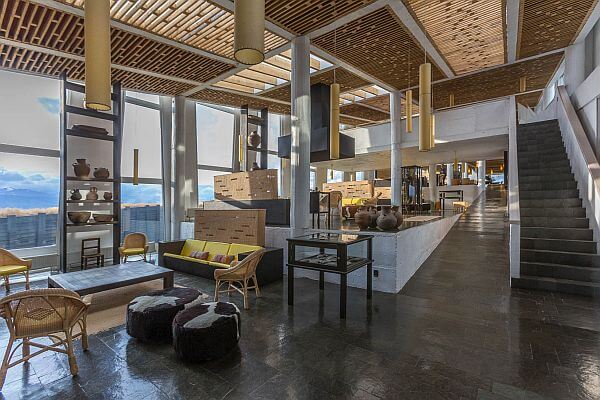 The atmosphere is mostly contemplative, with no TVs in the rooms. There is an indoor swimming pool, however, and plans to add outdoor hot tubs.

From the lobby and many of the rooms, your view is the lake and nearby mountains, along with the off-kilter lines of the windows and walls creating plenty of drama outside the windows. There won’t be much fighting over who gets what room though among groups: all the 72 stylish guest quarters are the same size and have roughly the same layout. It’s just that the six “black sheep” rooms have black walls.

The sheep theme comes back in the fuzzy room keys and the award-winning architect took his cue from sheep shearing sheds. You won’t be treated like one by the staff though, either in the level of service or the activities you can choose for the national park area.

(All photos by Eric Mohl.)