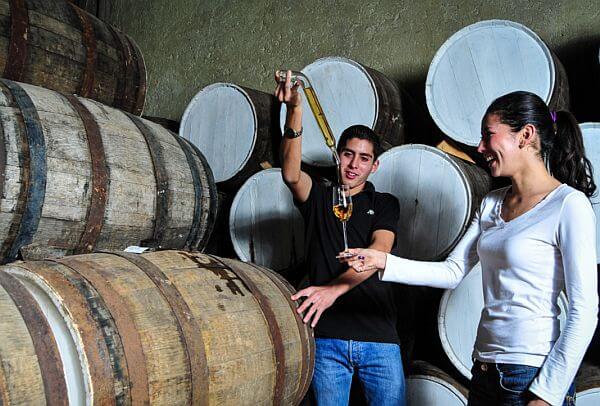 I had seen the name Cazul 100 pop up now and then in spirits competitions and saw some high ratings of it here and there, so when I saw this tequila in the airplane bottle section in a Florida liquor store, I picked a couple up to try at home.

It’s made from 100% blue agave, hence the “100” in the name. After distillation, it ages for 6 months in oak barrels. That’s a bit longer than some for reposado, which explains a bit darker color than some others in this category.

Cazul has a USDA organic certification, so if you’re trying to avoid anything artificial coming in contact with what’s going into your mouth, this is a good choice. The tequila is produced by a distiller near the town of Tequila in Mexico, by a company that makes a lot of different brands. More on that in a minute, but first, how’s the taste?

This tequila has a sweet and fruity nose when you open up the bottle, but there is a much stronger whiff of alcohol when you first pour it into the glass. I found this dissipated a good bit once I let it breathe for a few minutes and the agave shone through more. 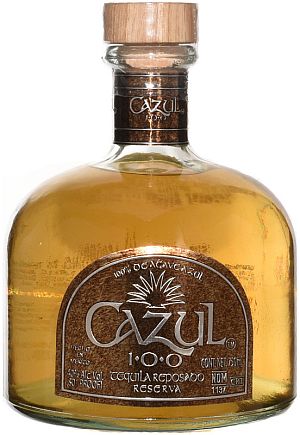 The first sip presents a tangy sweetness and citrus tartness on the tongue that’s well-rounded as it moves past the taste buds. This is a full-bodied tequila with strength that has plenty of notes to savor, including some herbal and green pepper tastes on the edges. There’s a nice lingering finish of tart limes, caramel, and a hint of vanilla.

I normally prefer the softer highland “Los Altos” versions of tequila like Don Julio, but that’s just my personal preference. Even two professional judges with a couple decades of training will argue about which brand is “the best” since some of that preference is bound to be subjective. I will say I liked this one better than a whole lot of others produced in this specific part of Jalisco. Each sip packs a punch, but it’s well-constructed and balanced, with everything in its place. This is a nice sipping tequila that I’d buy again.

The añejo version is probably a better value though since it’s only a $4-8 bucks more and it’s aged 24 months in oak barrels. That version has earned a gold and a silver medal in San Francisco World Spirits competitions and Wine Enthusiast magazine gave it a 95-point rating. 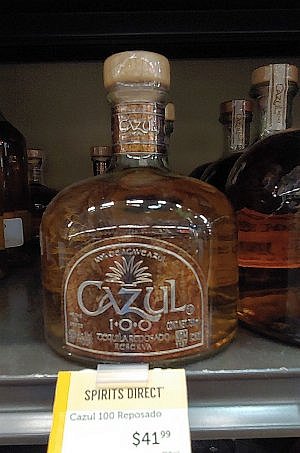 This Cazul 100 reposado tequila doesn’t come in a super-fancy bottle, but it’s well-crafted and nice enough to impress as a gift. It comes in a heavy squat glass bottle that shows off the coloring. The embossed metal labels add to the feeling of heft and the wooden top has a synthetic cork stopper that comes out with a nice pop. As with most tequila, the alcohol percentage is 40% in the USA, 38% in Mexico.

This reposado version of Cazul 100 I tested lists for $42 at Total Wine, but you may find it on sale for less at other chains or online. You would definitely find it selling for less in Mexico, but oddly you won’t find it under the name Cazul. Apparently they made that up for the export market: in Mexico it bears the name of the distillery instead: La Cofradia (“the brotherhood”). This is just one brand they make at their distillery you can visit in tequila country. They actually bottle 30 different brands for distribution around the world, from El Consul sold in Colombia to XXX Tequila sold in Japan and India.

If your Spanish is passable enough to get by, you can spend the night too in their boutique hotel. Grab a bottle from the shelves of La Confradia gift shop and don’t worry about driving!