While much of the world is still walled off to international travelers–especially Americans–Latin America is open to travelers a bit more each month. From Mexico down through Ecuador (for now), countries are welcoming visitors and will be happy to see you.

Just understand that you’ll need to pack a few masks, some test results, and extra patience. 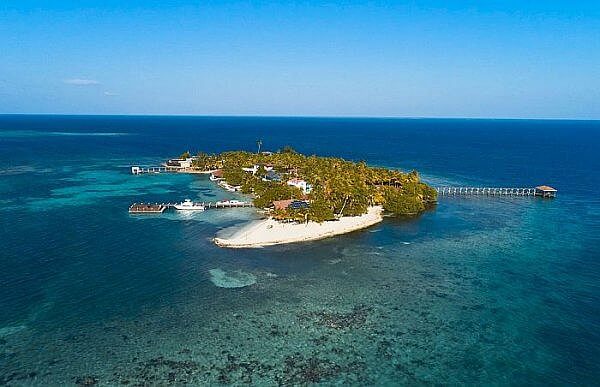 So far, the opening situations range from “wide open and no restrictions” (Mexico and Brazil) to “open if you meet these requirements” (the others below) to “closed until further notice” (Southern cone of Uruguay, Argentina, and Chile).

I’m providing a few examples here just to give you an idea, but these rules are bound to evolve and change. The Belize restrictions changed between the first draft of this post and publishing, for example. Costa Rica’s rules have changed at least four times now. In both cases though, they’ve gotten less restrictive, not more.

Check the official tourism site of the country you’re traveling to for updates and maybe double-check them with your first hotel or tour agency. Some of these are no big deal–you should have travel insurance anyway for example–but the testing requirement is not easy to pull off quickly in the USA or Mexico when testing is still not widespread or fast in every state.

Here’s the current situation, starting in Mexico and heading through Central America to South America.

Ordering a Corona in Mexico

Mexico never really shut down to outsiders and their real worry has been the spreading within the country itself. They closed the land borders except for essential travel, but on the fun side of the wall, the border has remained rather porous in reality.

If you’re flying in, there are no restrictions, though you could be forced to quarantine if you have a fever. Upon arrival, they will take your temperature, make you fill out a form testifying you have no symptoms, and you’ll go through a gauntlet of sanitizer sprayers. After that though, you just need to mask up in public when you’re not eating or drinking and there are capacity controls in place. 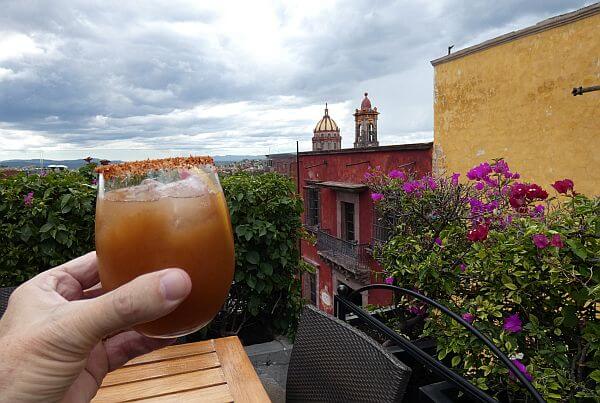 In much of Mexico you can eat and drink outside all year, so when winter comes it’ll actually be safer there than in most of the USA or Canada. The virus is not under control by any means, but the deaths have flattened out in a lot of states where tourists would visit and some, like San Miguel de Allende, are actually taking the threat more seriously than petri dish free-for-all zones like Florida.

We have not received any press releases on Guatemala’s reopening and there’s no info on their official website, but supposedly flights have resumed and international visitors are allowed again. From what we can tell, you need to register on the Guatemalan Health Pass website 24 hours prior to arrival and print the completed health form stating you don’t have symptoms. Upon arrival, you must present a negative PCR test result taken within 72 hours prior to arrival.

As with Mexico, Nicaragua never really closed. The difference was, nobody was flying to Nicaragua so it was a moot point. Now airlines are landing there again and until a few weeks ago, you could visit without restrictions. Now the official requirements say you must show test results taken within 72 hours before arrival.

You might want to be extra careful while moving around there though. The official case statistics are suspiciously low compared to all neighboring countries and medical spot-checks by outsiders show much more activity than what is being reported. Pick a top luxury hotel in Nicaragua that will take care of you and do it right.

Belize opened back up to international tourists on October 1. At that time you were quite limited on how you could travel, with no possibility to leave your hotel for a stroll around town and no option to rent a car. Those restrictions are now dropped, so you could visit Placencia Village from your hotel, for example, or drive to that location from the airport.

You also had to arrive with negative test results from the past 72 hours, but now there’s a “rapid double test” option you can pay for at the airport upon arrival. If you pass, no sweat, but if you don’t, you have to quarantine at your own expense. (It’s still better to arrive with test results because then you don’t have to wait around in the airport.) You need to stay in a “Gold Standard Hotel” that has applied all safety requirements and gotten certified by the government. Last, there’s a Belize Travel Health app you need to install for tracking. See the Belize luxury hotels we recommend at that link, with detailed reviews. 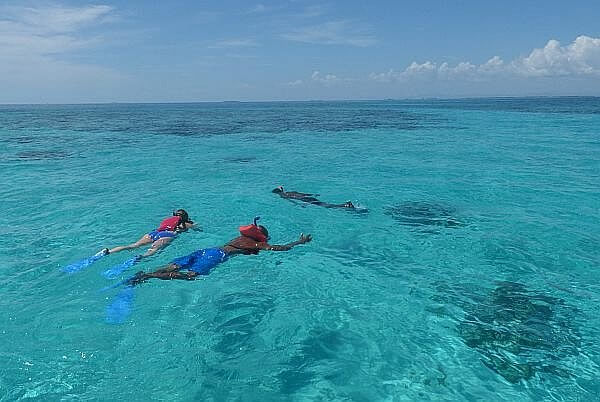 Costa Rica is Easing Up

When Costa Rica first opened up, only Europeans could visit, then Canadians, then visitors from U.S. states that had flattened the curve. So a Rhode Island driver’s license was greeted with “Pura vida!” A Texas one with, “Stay home please.” 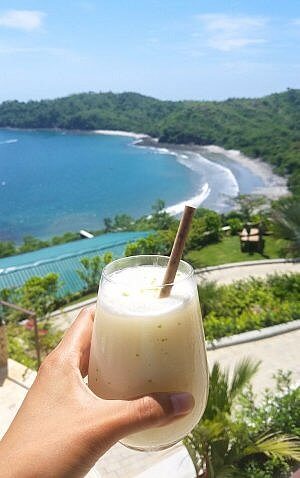 Eventually the list got up to 41 states and now on November 1 they’re opening up the gates completely. We’re guessing commerce trumped science since cases are rising again in many countries and states. Or they just assumed that if they require you to arrive with negative test results, it probably doesn’t matter where you came from.

To enter Costa Rica, you first have to complete the online “Health Pass” epidemiological form here. Upon arrival, you must show proof of a negative PCR test for the coronavirus that’s been administered less than 72 hours before departure. You also much show proof of travel insurance. This can be either a pre-approved Costa Rican policy from INS or Sagicor, or “an international policy that covers COVID-19 medical expenses of at least $50,000 and $2,000 for lodging.”

You must have remained in an authorized country for at least 14 days before travel, so no country-hopping before you get there. Until November 1, U.S. residents must show a driver’s license indicating they live in an authorized state. After November 1, passport only. See our reviews of the best Costa Rica luxury hotels and resorts.

Honduras is Open to Travelers, but Is Anyone Going?

It might as well be 2019 on the official Honduras tourism websites because there’s nary a word about any virus, lockdowns, or restrictions. We’re not sure who is flying in these days. The only place I could find any arrival details was on this page from Anthony’s Key Resort. Apparently, you need to fill out a health form in advance and arrive with a negative PCR test results report from less than 72 hours before arrival.

You may want to invest in evacuation insurance if you’re not going to be on Roatan. The U.S. Embassy site says, “The public health system has limited capacity for handling severe/critical cases of COVID-19.”

You Can Leave the Airport Now in Panama

As the hub of Copa Airlines and a major cargo crossroads, Panama still had a busy airport while the lockdowns were going on. You couldn’t leave the airport if you landed there though since international visitors were not allowed in the country.

As of October 12 though, Panama is open again and you can go chill out at one of the luxury Panama hotels we have reviewed in detail. You had better live somewhere that turns test results around quickly though because you have to arrive with negative COVID-19 test results taken within 48 hours of arrival, not departure. If you get delayed and your results are older than 48 hours, you will be required to take a rapid test at the airport, with a charge of about $30. You have to sign a health affidavit when showing up for your flight. 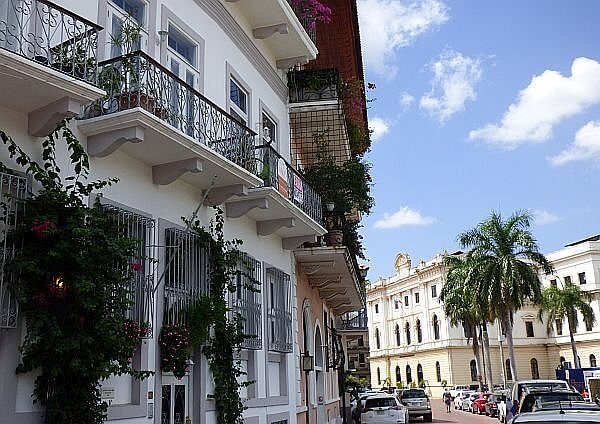 If after all this you contract the virus upon arrival, you’ll need to quarantine at an approved hotel. But hey, the Panamanian government will cover the tab! Facemasks are required in all public places and restaurants are operating at half capacity. The good news is, if there’s a problem, Panama has the best hospitals south of the USA, but with prices that are 75% less.

Colombia in the Time of Coronavirus

The South American country of Colombia welcomed international flights again on September 21 and land/sea entry opened back up October 1. As with the USA and Mexico, this doesn’t mean the virus is anywhere close to under control, however, so be extra vigilant.

You’ll need to fill out a pre-registration form located here and arrive with a negative PCR test taken no more than 96 hours before arrival. You’ll also need to install a tracking app.

Flights are rolling out on a gradual basis, so if you don’t see one to where you’re headed, you may need to move back your dates. See our reviews of the best Colombia luxury hotels.

Ecuador and the Galapagos Await

Mainland Ecuador has had some struggles containing the virus, especially in Guayaquil, but there have been no cases in the Galapagos. The happy animals cavorted without daily visitors for much of the year, but the islands are back open to travelers again. Naturally they want to keep them virus-free, so you’ll have to follow some extra rules. Upon arrival in Ecuador, you must present a completed health form as well as a negative PCR test issued within 10 days of arrival. If you don’t have this you will be tested upon arrival and will have to go into quarantine if it’s positive. Rules are stricter for the Galapagos, where your test results must be from a period of 96 hours or less prior to the date of departure to Ecuador. You must also present a return flight and a safe passage document issued by the Ministry of Tourism. The tour operators or hotels are responsible for arranging this because visitors are required to have set travel and Ecuador hotel arrangements. No showing up and winging it allowed.

Peru announced that it will be opening back up to foreign visitors, with flights from six U.S. cities landing again on November 1. There will also be flights from closer locations such as Mexico City and Panama City. Machu Picchu will reopen but at only 30% capacity, meaning this could be a once-in-a-lifetime chance to see the citadel without huge crowds. You’ll have to board your flight with a PCR swab test document showing you’ve tested negative within 72 hours of departure. See our detailed Peru luxury hotel reviews here.

Brazil is Open But…

There are no restrictions for visiting Brazil, but we can’t advise anyone to go there right now. The anti-science president has handled this very poorly and Brazil has one of the highest per-capita infection rates in the world, despite widespread under-testing. There are very few government-mandated safety measures in place and Bolsonaro keeps openly mocking mask-wearers, despite 153,000 dead, second only to the United States. No surprise, he has gotten Covid himself as well.

There are a few other dots on the map we don’t regularly cover that are also open to travelers if you are interested: El Salvador, Guyana, and Bolivia.

Are You Getting All the Credit Card Perks for Travelers?