Have you heard of Lake Chapala in Mexico, or the town of Ajijic? If you look at the most popular spots in the country for retirees, the Lake Chapala region is up there near the top. Depending on who you ask, and the time of year, there are between 5,000 and 20,000 foreigners living in areas stretched along Mexico’s largest lake. 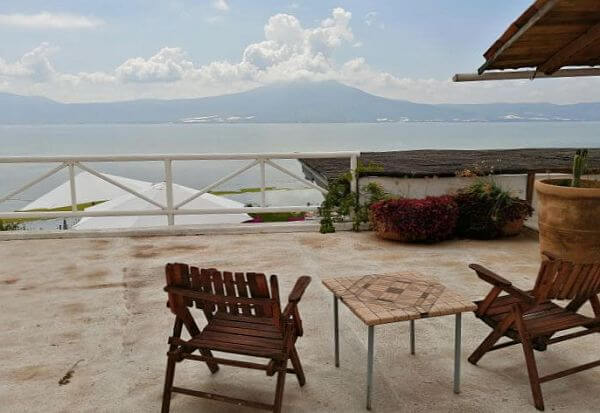 In the past four years, there have reportedly been more Americans and Canadians moving to Mexico than there have been Mexicans going in the other direction. Obviously, there are different economic drivers at play, but since we’re based in the country ourselves here at Luxury Latin America, we know there are a lot of reasons to move here besides the cost savings. It’s possible to live a much richer life in a whole lot of ways.

Up until now though, we haven’t talked much about this area, especially in comparison to San Miguel de Allende or the capital city. That’s because although we mentioned the region in this feature story about traveling through Jalisco, it’s a living community more than a tourist destination. While San Miguel gets lots of vacationers filling its lovely luxury hotels, most people who come to the Lake Chapala region are house-hunting before a move.

We finally found an upscale hotel worth featuring, however, so we recently posted a detailed review of La Vita Bella Soul Spa Hotel, in the hot springs area of San Juan Cosala. So it’s not in either of the spots where most retirees settle—Ajijic or the namesake town of Chapala—but that means it’s a bit more serene here. It’s a place where you can find something that’s rare in most of Mexico: quiet. 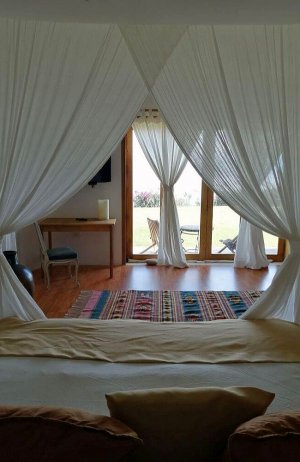 The 12-room boutique hotel has a panoramic view of the lake, with the mountains on the other side, and it’s in a secure, secluded development that you would really have to go looking for to find. Two of the rooms face the mountains, which would be the prime view in many hotels, but the best options are numbers 9 to 12 as they look directly at the lake and have some outdoor furniture on a terrace. One is significantly larger, designated as a presidential suite.

While the restaurant with a view can get busy on weekends, there’s a nice trade-off to coming then. “Fortunately the hotel recognizes that guests want to take advantage of the hotel’s thermal spring-fed pools and intimate spa without a crowd, and so those services are only available to guests on Saturday and Sunday.” Yes, this area is rife with hot springs, so you can soak in the thermal water whether you decide to get a massage or not.

What to Do Around Lake Chapala

Most of the visitors who don’t live in this area are coming on a mini-vacation from Guadalajara. That includes lots of domestic tourists, of course, but also a smattering of foreigners working for multinational companies. So the busiest time to be around is on a Mexican holiday during the winter, while weekdays during the summer are very mellow.

Since Guadalajara is so close, that’s the natural airport to fly into, but it’s worth spending some time there walking the pedestrian streets of the historic center and shopping in Tlaquepaque. The city is close enough to visit on a day trip.

Otherwise, this is a region where the most popular thing to do is sit at a lakeside restaurant, stroll the malecon by the water, or go out on a boat. There is a shopping market in Chapala with some things worth buying and some not, but also some outdoor bars serving giant crazy cocktails and micheladas. 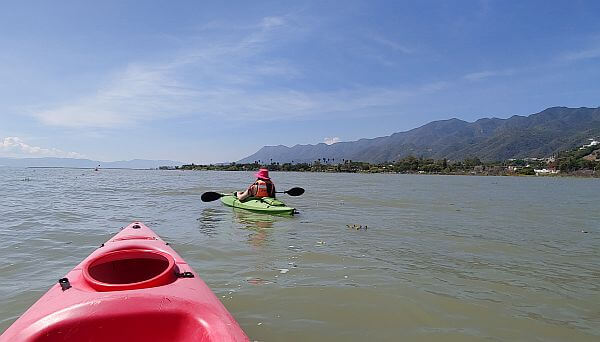 We rented some kayaks in Ajijic last time I was there to get some exercise. Unfortunately, this is not a clean lake for swimming. There’s too much agricultural run0ff from farms on the opposite bank.

There are also some challenging hiking trails in the close-by mountains if you want to get your heart pumping. Then you can have a nice soak after you return.

A Sacred Valley Spa in a 17th Century Building From Explora
Share it!