Where are the best restaurants in Latin America? It’s a moving target each year, but the top cities for dining are mostly clustered in a few foodie hotspots in Mexico and South America.

Every year, an academy of food experts chooses the top 50 restaurants in Latin America. There’s a chairperson from one of four regions and 63 members in all. It was originally sponsored by Pellegrino around the world, but now there are different sponsors supporting it in addition to the sparkling water company–including Flor de Cana rum.

This list is more important to Latino chefs than earning a Michelin star because every fine dining chef between Mexico and Patagonia knows about these rankings, as do the media outlets in those countries.

Michelin is known as a tire company that somehow has something to do with stuffy dining in Europe. Their reviewers don’t stray very far outside of Europe: the only country with listings in Latin America seems to be Brazil.

While the best restaurants in Latin America list has a few solo entries in cities like Quito and Panama City, there are clear destination winners if you’re looking for the best food in Latin America at the high end.

Many would consider Oaxaca to be the best food city in Mexico, but the options are not fancy enough there to make the top-50 list. Guadalajara got one entry though (Pangea at #14 overall), as did Monterrey (Alcada at #15) and Puerto Morelos near Cancun (Le Chique at #30). 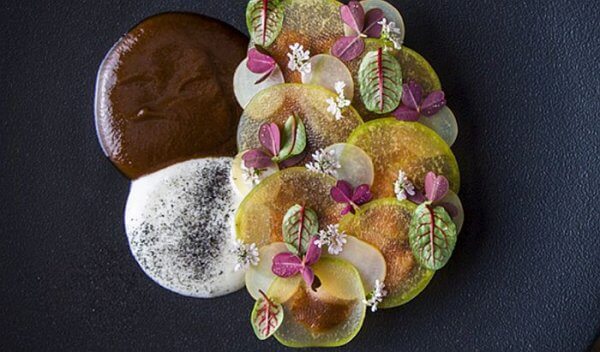 If you’re looking for fine dining in Mexico City, you won’t be disappointed. You could go to a different place every night for six nights straight and be assured you dined at some of the best restaurants south of the USA. Go for round two the following week and you’ll find others that could easily turn up next year.

The Best Restaurants in Colombia

Colombia hasn’t traditionally had a great showing on many top restaurants lists, but they had a strong showing this year. El Chato in Bogota appeared at #7 on the top-50 restaurants list this time. It’s joined by Leonor Espinosa’s inventive Leo in the capital.

There’s an entry to enjoy on your vacation though: Colombian-Caribbean Celele of Cartagena squeaked in at #49. 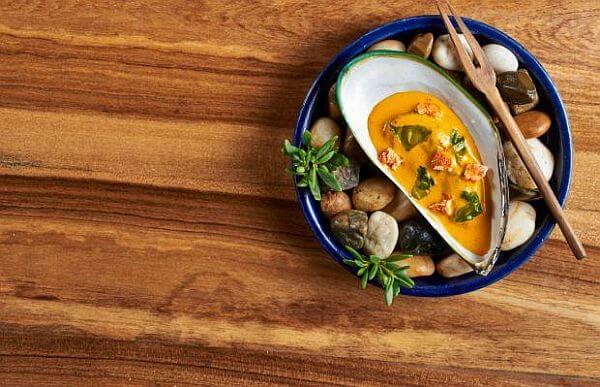 Where are the best restaurants in South America? Ask a well-traveled foodie and they’ll probably say Lima, Peru. While Peru’s capital may be cloudy much of the year and doesn’t have as much appeal as Cusco or Arequipa for tourists, it makes up for it with its food. 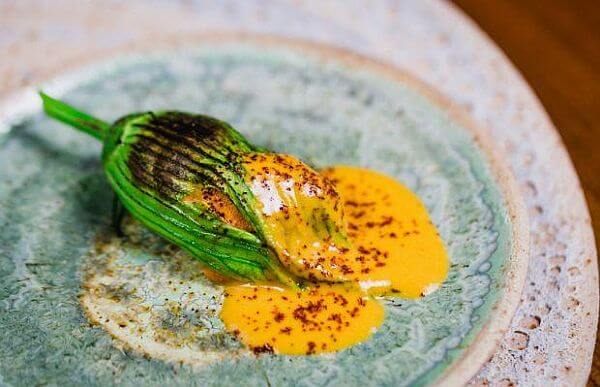 If you’re keeping score at home, that’s 11 restaurants out of 50 for the whole range of geography from El Paso to Ushuaia. Impressive!

Peru really scored 12 overall: a restaurant called Mil is listed as Cusco but it’s really in the Sacred Valley, near the Moray agricultural ruins. The team behind it? The same one behind Central in Lima. 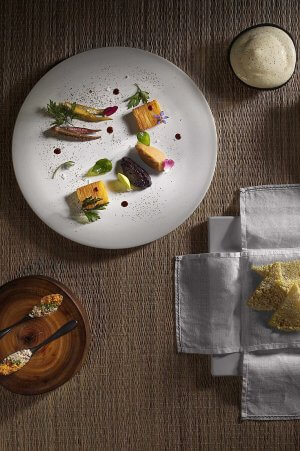 Brazil had almost as good a showing as Peru. South America’s largest country can claim some of the best food in South America, at least in terms of fine dining.

Rio de Janeiro gives you some good options too if you’re going to Brazil on vacation rather than for business.   Oteque showed up at #12 and Lasai claimed the #21 spot.

One more in Brazil made the cut: 20-seat Manu in Curitiba from Manoella Buffara.

The Best Restaurants in Argentina

Buenos Aires is more than beef on the grill with a glass of Malbec, though the #1 restaurant in Latin America fits that bill perfectly. Don Julio of Buenos Aires topped the whole list this year, a steakhouse serving sustainably farmed beef and housing a wine cellar with more than 20,000 bottles.

That’s 10 restaurants out of 50 on this year’s list in one city, Buenos Aires, surprisingly beating out Mexico City and just one behind Lima’s top showing. No matter which Buenos Aires luxury hotel you stay in, you can get to any of these in less than a half hour in a taxi, in some cases ten minutes.

The Best Restaurants in Santiago, Chile

On a per capita basis, Santiago is the wealthiest large city in South America, so it makes sense that the population would support a robust fine dining scene. Dining in Chile can be hit-and-miss overall in the countryside, but there were some clear standouts on this year’s list. 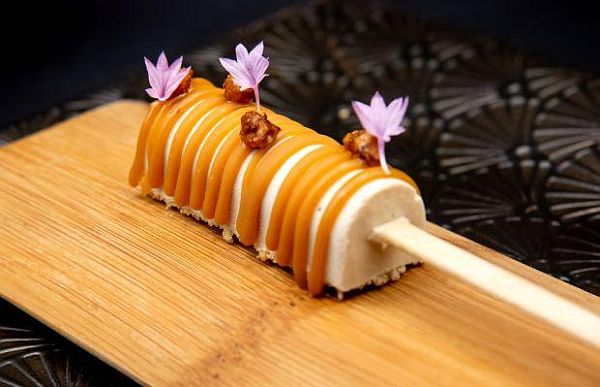 Borago actually showed up at an impressive #6 overall after changing locations. “BoragÃ³ relocated in early 2019 to a new home with sweeping views of Cerro Manquehue, the highest peak in Santiago and a perfect backdrop to GuzmÃ¡n’s seasonal and produce-driven cuisine.”

What About Central America?

Every year when this top-50 restaurants in Latin America listing comes out, there’s a sizable section of the map that’s not represented. As we’ve lamented on this site before, there seems to be a dearth of fine dining between Mexico and Colombia, with only a very few restaurants in the region getting raves from customers or critics.

That’s finally starting to change in countries like Costa Rica, where “Central America” and “fine dining” are no longer mutually exclusive. As usual though, big money leads to more high-end restaurants and there’s plenty of wealth sloshing around Panama City. So congratulations to Maito, from Chef Mario CastrellÃ³n. If you can’t swing a reservation there, no worries, since his expanding empire includes seven other dining outlets at present.

– First, some two-thirds of the entries are single-name restaurants and many of the ones with more words have “the” or the Spanish equivalent in them. We’re not sure there’s causation rather than just correlation there, but if you can find one word that works, you might want to stick with that.

– Also, the restaurants that don’t have “sustainable,” “farm-to-table,” or “locally sourced” in their description are few and far between. Local roots lead to worldwide acclaim.

– You might want to hire a good publicist early on. The chefs that are in the media, on TV, and putting out books clearly have a leg up over those toiling away in obscurity, just making their diners happy.

– Last, why do restaurants typically have such crappy websites? Even among the top-50 restaurants in Latin America, the websites are mostly close to useless. Besides fundamental structural problems (slow load times, keyword problems, still not https), they often have no location map, few photos of what they’re serving, and only a hint of what makes the place special. Sometimes there’s not even a menu (or a hint of one) and there’s no info on opening hours. More than a few on the best restaurants are dead links because someone forgot to pay the hosting bill while they were busy editing their chef photos on Instagram. Several have copyright dates at the bottom of 2017 or earlier. Sigh…

It’s time to pony up the price of one diner bill to hire a website designer or find someone on your staff who knows how to use WordPress. With your restaurant so hot now, you can probably even do a barter deal!

The Best Restaurants in Placencia, Belize

Fine Dining at the Velas Resorts Around Puerto Vallarta
Share it!