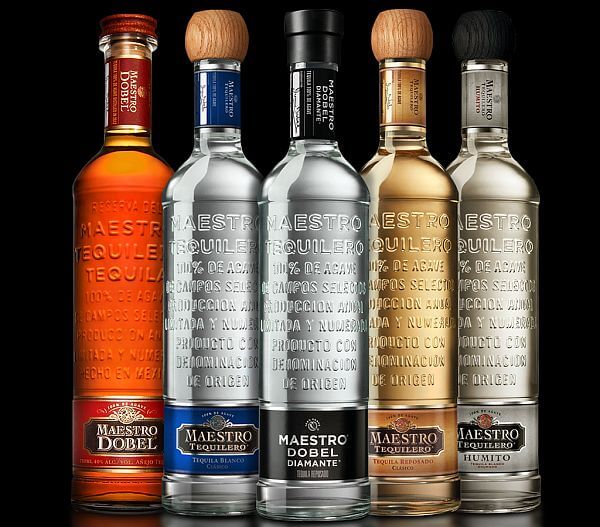 The Maestro Tequila brand has a complicated back story and depending on which version you reach for, you get something traditional or something manipulated like Dobel Diamante.

“They make that brand too?” It’s a common refrain in the gift shop of the Jose Cuervo distillery in the town of Tequila, which you can reach by car or train. The world’s biggest producer of the spirit is known for its worst “Gold” brand, which you should avoid at all costs, but it also produces 1800, Centenario, Tradicional, Reserva de la Familia, and Maestro Tequilero. What makes the story more complicated with the last brand though is they’ve woven in another name that started out as independent: Dobel.

This is a brand with a convoluted history. The original Maestro Dobel Diamante was an obscure side project at Cuervo from one of its master distillers, a lab-concocted aged tequila that still looked clear like a blanco. They combined some barrel-aged tequila of different ages, stripped out all the color through a filtering process, and presented it as a clear aged tequila. 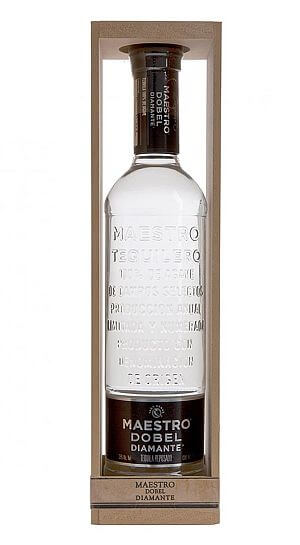 Why? At the time I thought it was a ridiculous idea. At first, I was right. Nobody in the market really seemed to want this odd lab rat and sales were minimal. It left customers scratching their heads, especially since the main product endorser was Perry Farrell, the James Addiction singer who was well-known decades ago. It was hard to find any information at all about the brand online, just an air of mystery.

Perhaps the timing was early though, or just the marketing, because eventually the idea took off and now there are lots of imitators like Don Julio 70, one from Herradura, and others. I still don’t get the point personally since everything just seems to be off from a sensory standpoint when a barrel-aged spirit is whitewashed to become blander so it will look prettier in cocktails. The official website touts “an unwavering drive for innovation” and “the spirit of innovation permeates everything we do.” Spoken like a product designer at Proctor & Gamble or Unilever.

To my taste, Dobel Diamante tastes more like something from a beaker than a still and barrel. It’s like the agave and oak have been removed from the nose and the finish is more alcohol than barrel notes. Tequila for people who don’t really like tequila? To get  something closer to flavorless vodka?

I’m not the target market though. The Millenials seem to eat up this smoothed-out Maestro Dobel Diamante lab monster, so it’s a success. The name may be a little different depending on where you buy it: in many English markets it is packaged as Maestro Dobel Diamond.

It’s still one step removed from Cuervo in the marketing though. The official website only mentions Proximo Spirits, an importer in New Jersey. If you go to the Mexican Cuervo site though, it’s listed as one of their brands and shares the same embossed letters on the bottle as the other versions. 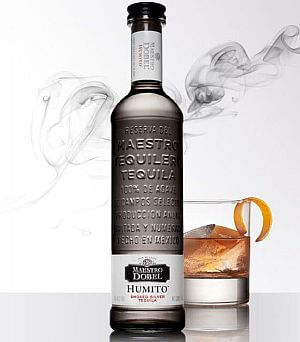 Speaking of alterations and jumping on a trend, the newest entry from the Maestro Tequila company is their Humito “smoked” tequila. They are spinning this as an homage to the 16th-century methods when some of the smoky taste from the roasting fires would make their way into the taste of the tequila, but don’t we already have a modern equivalent of that called mezcal? Sure, mezcal uses a slightly different version of the agave plant family, but mezcal and tequila are simply two brothers from the same mother: one is oily and smells like smoke, the other is more cleaned-up and refined.

I haven’t tried this Humito tequila–and really don’t want to spend any of my own money doing so–but I guess I’ll get my chance when this becomes the next big marketing ploy. For now, if I’m going to drink something Mexican where the maker is duplicating a 16th-century village without a proper oven to keep the smoke out, I’ll drink some traditional mezcal from Oaxaca.

Call me old school, but if I’m going to reach for some tequila, I want something not concocted by a team of MBA grads and chemists working hand-in-hand. Thankfully, the other three Maestro options come in much more traditional styles: silver (blanco), reposado, and premium añejo. Do we really need anything beyond that?

I got a chance to try all three at once when I was at a big Mexican tourism fair, back when there was nothing dangerous about getting thousands of people together in a convention hall. There were very mixed reactions among the people there who don’t drink this spirit neat on a regular basis, especially some surprise that the añejo version was so good for sipping. That was my favorite of the bunch as well. It’s not quite going to transport you and move you the way Reserva de la Familia does, but it also costs about half as much: positioned in price between 1800 (usually $35 to $45) and the $120 and up Familia.

To my palate, the reposado was terrific as well, a fine sipping tequila that hits all the right notes and feels well-structured. This is a brand being overseen by a master distiller with decades at the helm, and the long-term expertise shows. For me though, an expensive blanco seems like a waste: most people are only going to use an unaged white tequila that in cocktails. But for those who prefer the raw, agave-forward taste of a good silver, this one goes through multiple distillations and is about as smooth as your going to get while still retaining plenty of spice and citrus from the roasted source fruit.

Whichever version you choose, you get a beautiful box and bottle, so this is a good one to give as a gift, especially for tequila lovers who have tried a lot of more famous brands already. The embossed lettering on the bottles gives it a step up over brands that simply print designs or labels on theirs and there’s a nice stopper at the top.

Last time I was at the Cuervo distillery, they were offering an option to try your hand at blending your own batch of Maestro Tequilerio spirits, on one of their special tours.

Jose Cuervo gets a bad rap because their flagship brand is such a low-end concoction that uses food coloring and sugar, but once you get beyond that, they produce a quality product across the board. Although I’m not a fan of the Dobel tequila gimmicks, this is a good portfolio of options to consider as a gift–especially if the recipient is under 30…