For a lot of good reasons, many people are still isolating at home, playing it safe and putting off those future vacations. In the case of some nationalities, they don’t really have a choice in the matter: the borders are closed and flights are on hold. This has meant a rash of great rates for the future in many countries though, including the ones we cover, so this is the time to plan that Belize vacation for later in the year. 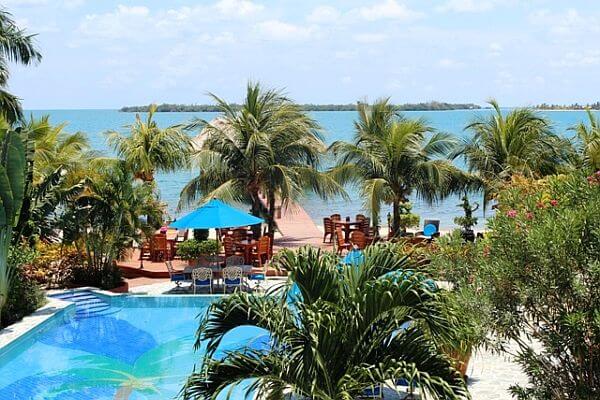 While your assumption may be that resorts are sitting empty with no bookings for the future, that is definitely not the case. Belize has been open for months, with lots of safety protocols in place, and flights have been operating internationally and throughout the country. Sure, you have to follow the rules and arrive virus-free, but once you do that you can be relatively sure there’s minimal risk of contracting anything within the country since Belize case numbers have been low every month.

Belize received the “Safe Travel Stamp” from the World Travel & Tourism Council (WTTC) and you’ll probably find that their safety precautions there are much higher (and better enforced) than in the location you’re coming from. Hotels needed to pass a “Gold Standard” inspection and checklist to even open again and all transportation providers had to be approved as well.

Some intrepid travelers have taken advantage of this and enjoyed a Belize vacation with lots of staff attention, empty beaches, and easy distancing. As I type this, there are more people on their way there this week, taking advantage of the certified hotels’ great discount deals, even at the high-end resorts.

If last summer is any indication, drive locations in the USA and Canada are going to be packed with visitors, especially places near national parks and outdoor attractions. Summer in Belize is typically less busy than the winter, however, so your vacation could actually be less crowded here than if you stayed in your home country.

Lock in Belize Vacation Deals for the Future

Many frequent travelers have been hesitant to book a future trip because of the uncertainty. Much of the risk is out of the equation now, however, since airlines, hotels, and tour companies all have generous credit or refund policies in place. You could book a trip now for May or December and be assured you’re not going to lose your deposit or flight cost either way. According to Larry France at Chabil Mar Villas in Placencia, many savvy travelers know this and have been taking advantage of it.

“We are receiving increased reservation inquiries for March and April and into the summer. We are at about normal for June, July, and August reservations on the books at this point compared to previous years. We have many Christmas 2021 reservations already and November is 50% booked.” 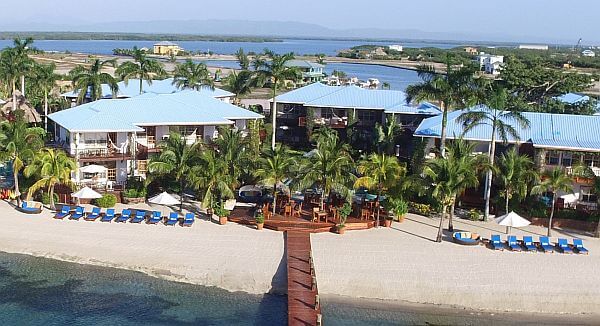 It probably helps that Chabil Mar has been offering a “book four nights, get the fifth free” promotion that they’ve extended almost until Christmas of this year. Once weeks start getting sold out though in November and December, they’ll be rolling back the end date. Make those reservations now and you’ll have a Belize vacation to look forward in the future when more of the population is vaccinated and the virus threat subsides.

There’s mounting evidence that travelers are going to make up for lost time eventually. A recent survey from IHG Hotels and Resorts found that “More than half the travelers surveyed said they have now rebooked canceled trips or plan to rebook them.”

No matter when you arrive, the water will be warm, the air will be warm, and you can explore the world’s second-longest coral reef, which goes along the whole coast of Belize. The math is easy when using the local currency too: two Belize dollars equals a $1 greenback. This is the only country in Central America where English is the official language.

Getting Tested Before Returning Home

Some travelers are worried about the new U.S. requirement–common in most countries now–that returning vacationers need to get tested before getting back on a plane. While this is an extra chore to put on the vacation list, it’s not a daunting one. 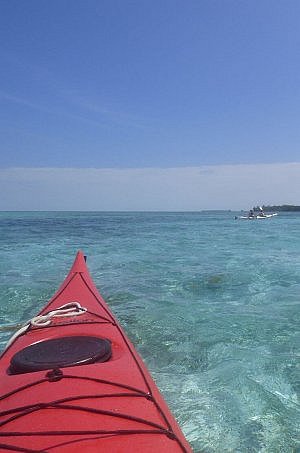 “The Belize Government has already set up testing sites throughout the country to get a rapid test completed prior to departing,” Larry says. “There is one in Placencia and the test can even be done at Chabil Mar with a reservation.”

As long as the test is negative, you’re on your way as planned. If it is positive, you will have to extend your vacation in Belize. Hey, there are worse things that could happen…

See the Chabil Mar website for packages and room rates for their spacious villas. See our review of the property here and check our other Belize luxury resorts reviews if you want to combine your stay in Placencia with a jungle lodge or private island resort. If you’re going to reward yourself after a year of being sheltered at home, make the most of it and stay a while!

You can fly to Belize direct or via hubs in these cities. Search flight prices from your home airport here:

A Vacation in Belize on Us!

Take a Video Tour of Your Belize Vacation in Placencia

Safe Travel in Belize After Re-opening