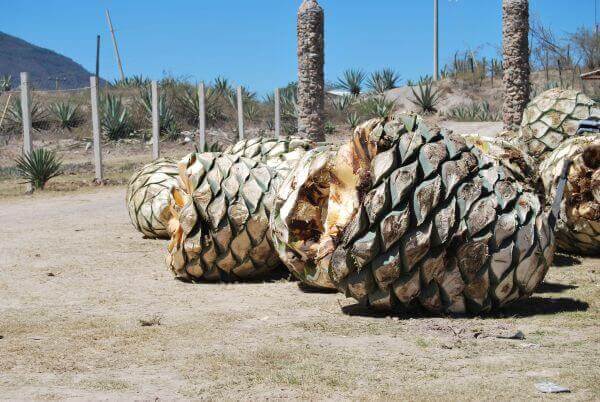 From the mid-2000s Mexico has burst onto the international scene with a huge range of wine, spirits, and craft beer. While these libations all have deep ancestries in Mexico, they are now winning awards both at home and abroad and competing with the world’s most prestigious beverages for accolades and fans.

Nowhere is this more apparent than in the world of mezcal brands. A distillate once dismissed as backwoods hooch, this ancient elixir has been made by rural Mexicans for over 500 years. Only in the last decade or so has the world suddenly taken notice of this complex and smoky distillation and it is suddenly the liquor to be seen drinking if you want to impress friends and strangers alike.

But what is mezcal? And which should you buy so as not waste your time and money on anything less than the best? Here is a little background and a few tips if you want to be a pro at choosing and drinking Mexican mezcal. 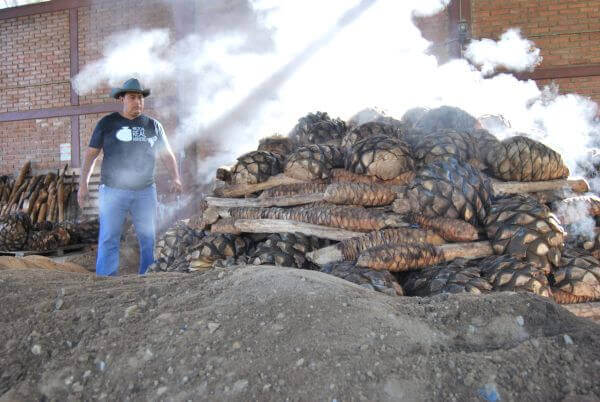 Agave hearts coming out of the oven

The perennial question that always gets asked when talking about mezcal: Is mezcal tequila?

The answer is no, tequila is mezcal. Mezcal is a much wider category of spirit that includes any distillation made from agave in any region of Mexico (although there is recent talk about creating a denomination of origin for mezcal similar to tequila or champagne.) Tequila can only be made from a single plant (blue agave), and only in certain areas of the country, most famously, of course, is the town of Tequila.

The most important and notable difference between these two spirits is the way the agave ‘hearts’ (the core of the agave plant once its leaves have been removed) are cooked. For tequila, the blue agave hearts are cooked in steam ovens, in mezcal making, agave hearts are slow-smoked in an earthen pit, giving the spirit its trademark smoky flavor. Both types of hearts are then mashed, fermented, and distilled.

There are very few small tequila producers out there anymore, overrun as they are by folks like Jose Cuervo and Herradura, but there are hundreds upon hundreds of artisanal mezcal makers. With the latter, there are a few ways to distill (in clay pots, with copper pots) and a handful of ways to ferment (in wooden barrels, in leather slings) making each local mezcal not only different from its neighbor but also different from the previous batch. In that way, tequila is a much more standardized taste experience and mezcal much more full of surprises. 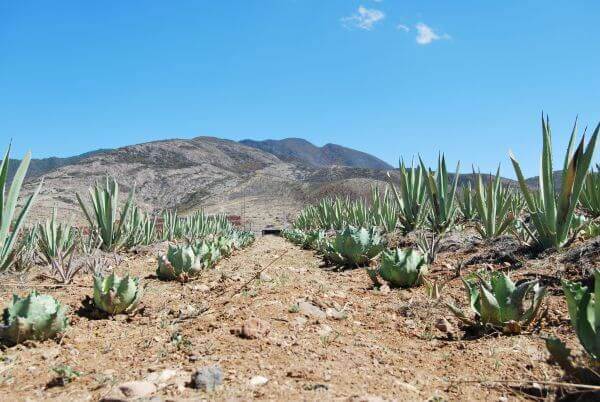 There are also dozens of different agaves used in mezcal. To name a few: espadin (one of the most common agaves), jabali, americano, tepeztate, and tobalo. Regional agave diversity and local soil are other elements that add to each mezcal’s unique flavor.

Once distilled, mezcal is around 45 to 50 proof. Mezcales that you find on the market with a much lower alcohol content (like 400 Conejos the mezcal brand from Bacardi which is 38% alcohol) have a lot of water added to the final product. That might make them more palatable for some drinkers but serious mezcal lovers tend to go for 45 proof and up.

The worm at the bottom of the bottle, which in popular culture is associated with tequila, is actually a mezcal tradition. The mezcal worm began as a way to distinguish mezcal from tequila and was transformed into an added element of flavor, especially for older mezcal drinkers that see it as tradition. The worm, which is found in the agave plants, adds a touch of acidity or saltiness according to its fans.

So what are the best mezcal brands to buy?

There are hundreds of brands on the market and dozens of different agaves to choose from. Should you pick up a bottle of George Clooney’s mezcal Casamigos or something with a little more traditional? Should you go with an espadin? Or a cuishe? Should you choose a more standardized commercial version or a wildcard artisanal blend? If you are just starting out on your mezcal journey the best first stop is Oaxaca, the home of mezcal in Mexico.

One of the bigger brands in the area around Oaxaca City is Los Amantes, a hotel-distillery project started by Oaxacan artist Santiago SuÃ¡rez. Los Amantes won two bronze awards in last year’s World Spirits contents, and they are popular in both Mexico and the U.S. Their mezcals are on the lower end (42-40 proof) but they still have their charm and the Los Amantes distillery and tasting room is one of the most beautiful in Oaxaca.

The Real Minero brand has been built on generations of fine mezcal making and expertise and is now run by mezcal masters Graciela Angeles and her brother Edgar. They currently export to some bars in Washington state in the U.S. and overseas in Germany, but their main market is in Mexico. Rey de Zapoteco is another family-run distillery in Oaxaca whose mezcal can be found in several bars, restaurants, and specialty liquor stores in and around Los Angeles, as well as in Colorado. The family’s matriarch, DoÃ±a Juanita, is still producing mezcal at 71 with her three sons. 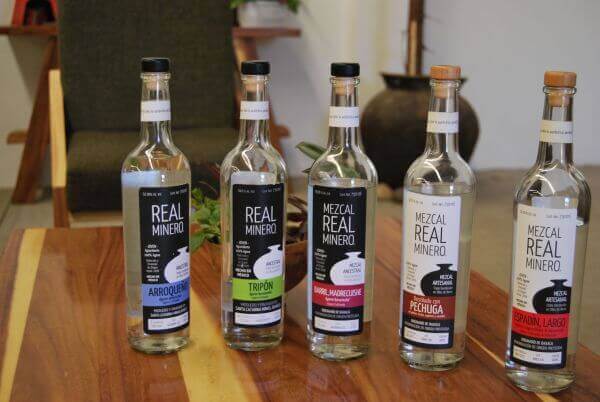 Alipus is another recommendable brand found in the States and Mexico, made in Santiago de Matatlan by the Los Danzantes restaurant group, who own two great Oaxacan restaurants, one in Mexico City’s Coyoacan neighborhood, and another in Oaxaca City. They work with local producers to create their extensive line of Alipus mezcals and the word on the street is they treat them right.

Popular brands like Oro de Oaxaca, MonteAlban, Union, and Zignum (which also won a bronze in last year’s World Spirits contest) are all big, industrial outfits that buy from producers and are not considered very traditional by local standards. These brands are easier to find in the U.S. because unfortunately small-batch, artisanal mezcal is hard to export for reasons both legal and logistical.

Where to Buy Mezcal 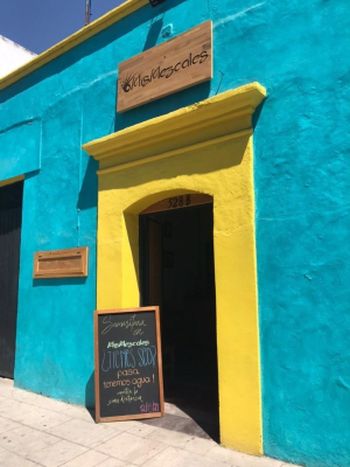 However, one way to get your hands on some is by joining the mezcal club Maguey Melate, which sends two bottles of small-batch mezcal out bi-monthly to its subscribers. The club isn’t cheap (it will run you about 120usd a month) but if you really want to dig into mezcal and can’t yet get to Mexico, it’s one way to experience some of the more off-the-beaten-path, traditional producers. Along with your bottles, you get tons of information about the mezcal itself and the producers.

In and around Oaxaca City there are hundreds of small distilleries you can visit. Santa Catarina Minas, Santiago Matatlan, Sola de Vega, and other small towns have long histories of making mezcal and distilleries there are happy to have travelers come by and taste some of the local spirit. Ask around and you might find yourself weaving down back roads and into the desert – like some throwback to prohibition days and moonshine stills in the woods.

If you are in Mexico City or Oaxaca City we recommend you stop by Mis Mezcales, a specialty mezcal shop whose owner is an endless source of information and whose shelves are stocked with small-batch, traditional producers that we guarantee are worth your time to try.

What about mezcal cocktails? 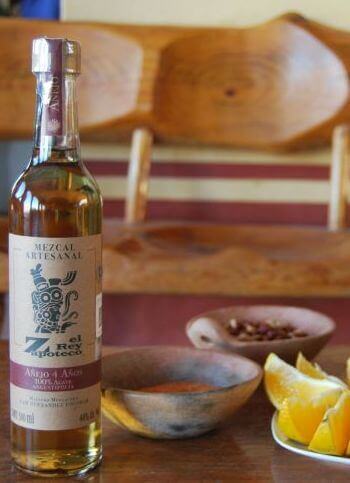 We should warn you that according to experts the proper way to serve mezcal is simply in a glass (particularly one of those small mezcal cups made from a hollowed-out gourd called a jicara). There are times when a slice of orange on the side with a little chile salt sprinkled over it is acceptable, but most of the time mezcal is the star of its own show. Both mezcal and tequila are considered sipping drinks in Mexico, even though Senor Frog’s has tried to convince us otherwise.

That said, there has been an explosion in both the United States and Mexico of hand-crafted cocktails with mezcal as the base. These smoky concoctions can be found in the hippest bars across both sides of the border and, not surprisingly, are adding to the clamor for mezcal around the globe.

While some purists (of both Manhattans and mezcal) would scoff at a mezcal Manhattan, mezcal does have a certain allure as the spicy base for a mezcal mule with ginger beer and lime or the smoky counterbalance to tangy grapefruit in a mezcal paloma. As someone not particularly fond of complicated drinks or sugar overload, my mezcal cocktail of choice hands down is a mezcal & tonic â€“ the carbonation of the tonic and the splash of lime giving the mezcal a boost but won’t hide its true nature under a bunch of sugar. If you’re in Mexico City, the birthplace of hip mezcal mixology, try the Limantour bar, which has won awards for its mezcal cocktails or Fifty Mils bar in the Mexico City Four Seasons, voted one of the world’s 50 best bars in 2018.

Lydia Carey is a writer and translator based in Mexico City. She is the author of “Mexico City Streets: La Roma,” and writes about food, travel, spirits and history for a wide range of international publications.

Oaxaca Spanish Language Classes With a Side of Food and Excursions

Restival 2018: Ringing in the New Year in Oaxaca, Mexico
Share it!