When it comes to Mexican spirits, there is one heavy hitter known around the world and one coming on strong, but the others jostling for attention are mysteries to most people. While staying at the Four Seasons Punta Mita in Mexico, I got to sit down with a bartender who knows a lot about Mexican liquor to give my taste buds an education. 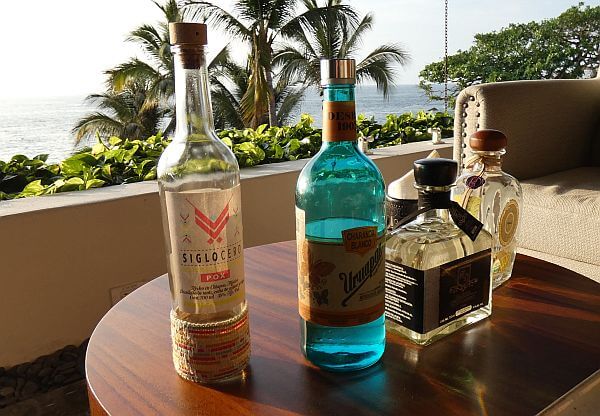 This was not some special VIP experience it got, but something you can schedule yourself if you stay there. If you’ve already done the requisite tequila tasting and/or mezcal tasting at a beach resort or city hotel, this will be a way to expand your horizons. Just book the “Guide to Mexican Spirits Experience” with the concierge or at the Dos Catrinas Restaurant to get a guided tour of Pox, Raicilla, Charanda, and Sotol.

The guide for our journey through four traditional Mexican alcohol types was a man with four names, but we’ll go with what his friends call him: Antoñus Roja. You can see him in the accompanying video with some of his explanations. Here’s what we drank.

We started off with Pox (pronounced “posh”), a spirit I had never even heard of previously, much less tasted. I don’t really think I’ve been missing much though. This is an unaged, rather rough spirit that supposedly dates back to Mayan times. It is made from sugar cane, corn, and wheat in Chiapas. Yes, a lot like what backwoods moonshine was made from in the USA in prohibition years (and still is in parts of Appalachia), but is 38% alcohol. Like that other spirit, it desperately needs some kind of mixer to smooth out the rough edges if my tasting was any indication.

The revival of this liquor started out in San Cristobal de las Casas and spread around the region. There are even “pox bars” now where this is a featured serving. In one of the indigenous languages it means “medicine” and Antonus told us that local people in Chiapas will drink it straight “to scare away the bad spirit inside” or mix it with raw milk as a cure for what ails you. The other way to drink it socially is with orange slices or berries in it and that sounds a lot more appealing.

The brand we tried was Siglo Cero and it’s available in some U.S. stores like TotalWine if you’re curious. It comes in a nice bottle, but if you’re not used to sipping spirits straight from the distillation process with no aging, you might want to mix it with something that will be a sufficient match for it.

I have written about Charanda before and it has been a Mexican spirit I’ve drunk rather often lately since I live in Guanajuato, just up the road from Michoacan where it comes from. It is made from distilled sugar cane juice but unlike most rum, not from molasses.

Charanda comes in unaged, reposado,  añejo, and extra añejo versions with escalating price points. It has been around in some form since the 1700s.

There are six or seven companies making Charanda but this traditional Mexican alcohol mostly comes from one distillery putting out the brands Tarasco and Uruapan. Tarasco is crazy cheap in stores and still is more interesting than most other spirits on the shelf. It has a whole different taste profile that is truly unique.

We tasted the silver Uruapan Charanda at the Four Seasons and found out that the bartenders there often use this in place of the Brazilian spirit Cachaça for mojitos and caipirinhas. This was a much easier one to drink neat than the Pox for both of us.

Raicilla is like the under-performing younger high school brother of Tequila, the kid who has to follow in the footsteps of his prom king, football star brother with the stream of girlfriends. While people from this part of Mexico drink Raicilla a fair bit, especially at festivals, not much of it makes it outside the region.

A few locals have told me that lack of popularity is for a good reason. Much of what’s produced is rough hooch drunk from big plastic jugs secured from some farmer with questionable distillation processes. There are  some bottled brands that are more reliable though. There are also two versions: a highland version from mountain towns and a Pacific version, though both are from Jalisco. The one from the highlands is more fruity and floral but I’ve only tried that once and my memory is hazy.

This Pacific one in a fancy bottle from Hacienda Divisadero we tried is 41% alcohol, but it tasted more of alcohol than plants to me. I did like it more than Pox though and could manage to drink this straight a bit longer. Again though, the unaged version would work better in a cocktail and it does actually figure into a lot of forward-looking cocktails now in this region of Mexico for those who want to try something different.

Raicilla is made from agave just like Tequila–this version was from 100% agave like the good Tequila brands–but it’s not the same blue agave version of the plant that is cultivated so widely in Jalisco.  There is also wide variance in how the juice from the fruit is extracted. Some producers roast the fruit in ovens and let the natural tastes shine, while others bury the fruit in smoky pits and try to come up with something that tastes more like Mezcal. 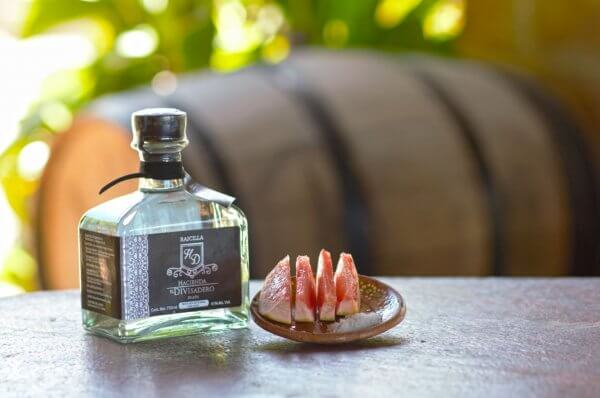 This Raicilla had some natural tang, citrus up front, and the kind of smokiness you would expect from an Oaxaca spirit. If you live in Jalisco or Nayarit, where Raicilla is cheaper than Mezcal coming all the way from Oaxaca, making cocktails with this would be an easy flavor substitution, thanks to its similar preparation and taste profile. Try before you buy though because you’re never quite sure what you’re going to get.

I’ve written about Hacienda Sotol before, when I tried it in the Copper Canyon, and I like this Hacienda de Chihuahua brand a whole lot better than the 47% alcohol one I’ve tried from Durango and a few others that were too smoky for my tastes. That’s a personal preference thing though I’m sure: I like bright and citrusy Tequila sipped neat about 10X times more than I like most campfire-tasting (to me) Mezcal sipped that way.

Let your own preference be your guide. Quick rule of thumb: Scotch whisky lovers tend to love Mezcal. Those who like Irish, American, or Japanese whiskey better tend to make a wincing face instead when drinking a smoky Mexican spirit neat. 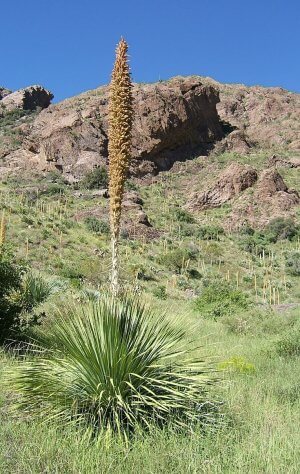 Sotol is made from the Desert Spoon plant that grows all over the desert areas covering northern Mexico and the southern USA. The spirit is not made from a fruit, but rather from the root, like ginger.

This Hacienda brand is the market leader for Sotol so maybe they are trying to put out something with a wider appeal. Since this was the one and only aged spirit we tried in this tasting experience, it felt far more refined and balanced that any of the other wild children in the mix. It tasted like a real sipping spirit instead of something some guy in a cowboy hat handed us at his daughter’s quinceañera party at a ranch.

I’m taking shots at some of these shots, but I’m not complaining though. I enjoyed this tasting experience and the background info from our host at the Four Seasons Punta Mita. It was like a short master class. We got to try some things we probably never would have ordered on our own and we could cleanse our palate in between with a few snacks and pieces of fruit laid out.

With the sun going down over the ocean as we sipped, it was a nice experience with a connection to the culture of Mexico. This was our view: 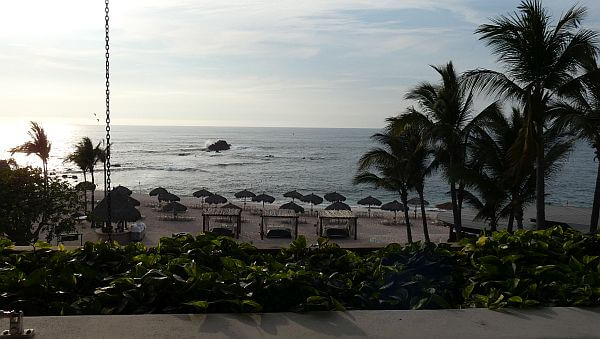 In the future, I’ll keep drinking Charanda and if I visit Chihuahua again, I’ll be sure to order some Sotol there. I’m declaring pox on the Pox though unless it has been infused with some fruit so it tastes less like moonshine. This experience with Raicilla reinforced my view that it’s usually a better cocktail spirit than something drunk straight. If I find a barrel-aged version at some point, I’ll report back on how that turned out because I’ll be happier to sip that from a shot glass.

Side note as I work on my future updated review: the Dos Catrinas Restaurant had some of the best true Mexican food I’ve had at a luxury resort anywhere. They aim for an authentic experience, Mexican street food with a better presentation flair, and they have nailed it. The salsas and the churros alone would make most Mexican grandmas proud if they came from their kitchen.

See more on the dining and drinking options, including this Mexican spirits tasting, at the official Four Seasons Punta Mita website.