In most cases, when you hear premium tequila described as coming in “a beautiful bottle,” that bottle is usually glass. There are a few that are packaged in real Mexican pottery though and the Clase Azul packages are real works of art. Made by hand on a pottery wheel, fired, and hand-painted with fine glazes, these are gifts that will create a lasting impression on the lucky recipient. This is not a tequila bottle you want to hide in a closed bar cabinet. It’s something to put out on display like a beautiful vase. 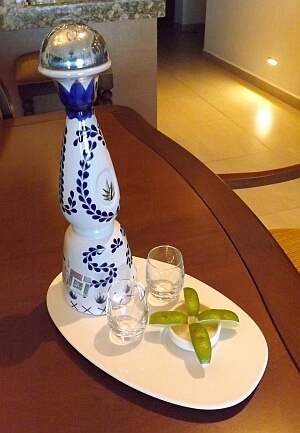 Probably for that reason, this is the kind of tequila I’ve received the most as some kind of welcome gift at a high-end luxury hotel or villa rental. The first time was at Rosewood Las Ventanas in Los Cabos, recently when checking into a grand vacation rental from Agave Villas. It makes a great impression at first sight, but it also impresses when you go to sip it after a pour.

You won’t normally buy an expensive bottle of liquor just for nice packaging, which is why Clase Azul is so satisfying. This is not one of those tequilas where the bottle and marketing hype justify the price more than what’s inside. This is a premium spirit that would really stand out in a blind taste test and it’s approachable enough that you don’t have to be a connoisseur to enjoy sipping it straight.

This premium tequila is from a small operation where the master distiller chooses the organic agave fruit at the height of maturation and cooks it with steam in traditional brick ovens. He distills it three times in copper stills, and stores it all at least eight months in oak barrels.

The result is simply divine, a pleasant sipping experience from start to finish. Even in a shot glass, there’s a pleasant agave nose that effectively buries the alcohol. The first impression is of sweet, ripe agave and as it rolls past your tongue, a whole array of complex tastes come out, from the dark and earthy to the bright and flowery. This is some of the most interesting and balanced tequila I’ve every tried (and as a tasting editor who lives in Mexico, that’s a lot).

This is a true highland tequila, with more going on in the mouth and a much smoother finish than the more famous, high-volume brands you see on every bar shelf from the town of Tequila and its surroundings. As you would probably guess, it’s for sipping, not mixing. Save the more clumsy mass-market ones for your cocktails.

The taste lingers on far after you’ve swallowed and it’s a pleasant, sweet finish that almost feels like the aftermath of indulging in dessert. Clase Azul Reposado is sweet enough on the finish, in my opinion, that it could take the place of a liqueur as an after-dinner drink. But it’ll be an after-dinner drink with a lot more complexity that some of the syrupy things that often show up on that section of the menu. It’s also darker than a lot of reposado tequilas, thanks to more time in a barrel. 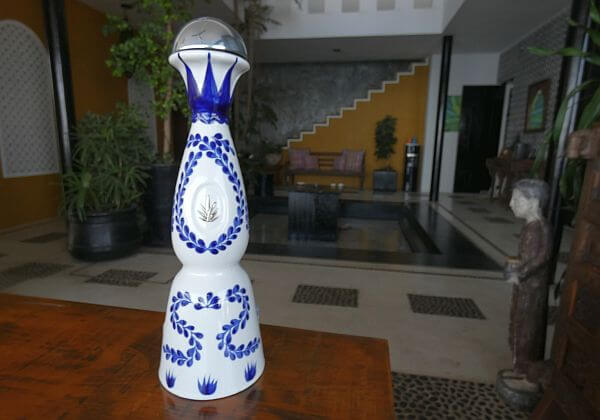 This tequila is also differentiated in where its blue agave is from (the highest points in Jalisco) and how the big fruits are roasted (72 hours in traditional brick ovens).

But hey, you don’t have to take my word for it. Clase Azul Reposado has won gold awards in beverage competitions and gotten scores in the high 90s from known spirits reviewers. It pulls this off year after year too, in blind taste tests, so nobody is being swayed by the pretty bottle in those cases.

If you want to go for the aÃ±ejo version, you’ll pay a lot more for that, but for a reason. It’s aged for five years in barrels that used to hold sherry. I have only gotten to try that once, in a tasting round with a few others, but even with that brief encounter I could tell it was something quite special.

The plata version is not a good value though, in my opinion. There’s no aging, the (glass) bottle is not as pretty, and the price is about the same as the reposado one in U.S. There are better values out there for silver/plata tequila in fancier bottles at that price point if you prefer unaged spirits with no barrel notes.

Back to the reposado decanters, because they’re almost as important as what’s inside. In the town of Santa MarÃ­a Canchesda, the workshop of pottery makers and painters has grown to more than 350 artisans. They craft each bottle by hand, so none of them are exactly alike. The company says that each bottle takes two weeks to complete. Two weeks! 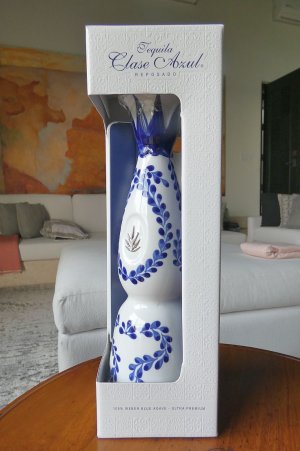 Now that Clase Azul price of around $150 in the USA, $90 in Mexico seems like a bargain. You could easily pay that much for a piece of quality talavera pottery in Puebla, but in this deal you’re getting reposado tequila inside that’s way above some higher-priced brands as well.

The hand-painted pottery is topped by a silver-plated dome and cork, crowning the decanter with a gleam. If you’re looking for a special holiday gift for an important business client or tequila lover, you can’t go wrong with this one. If you can’t tell, Clase Azul tequila is one of my clear favorites.

You can find this brand in good duty-free stores at airports, so it’s an easy one to pick up on the way home, but you’ll probably pay less if you pick it up in a Mexican liquor store or supermarket. It’ll probably be in a locked section and not out on the regular shelf though, so ask if you don’t see it. You can also order it from many online spirits sellers in the USA and elsewhere.