Will you drink better tequila if you buy from a family company that hasn’t sold out to the suits? That’s certainly open to debate, based on our extensive tasting research over the years, but it’s always a thrill to discover an independent company putting something great into its bottles, which is what we found with Tequila Cascahuin. 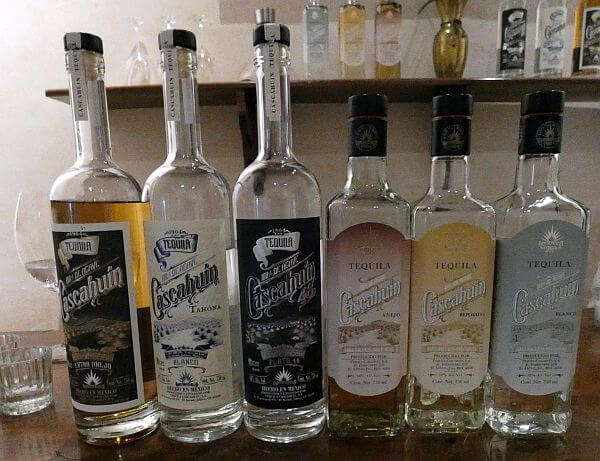 If you’ve sipped a fine tequila lately or ordered a cocktail at a nice bar, chances are you drunk something from a corporate conglomerate. Over the past 15 years, one after another of the tequila distilleries based in Jalisco has teamed up with the likes of Diageo, LVHM, or Constellation Brands. Or they’ve gotten bought out completely and are now just employees of a multinational, keeping the factory running.

That’s not a slam on tequila really. It’s just a reality of the marketplace. Consolidation has also rocked the commercial beer industry, wine industry, and spirits companies producing Scotch and Bourbon as well. It’s hard to say no when someone offers you enough money to set your family up for generations.

In fairness, investment, standardization, and repeatable systems are not always a bad thing. Cuervo and Don Julio consistently put out some great products, despite all the bean counters. We’re not purists: for us what’s in the glass is what really matters.

It’s often a happy surprise to find a family-owned, artisanal tequila distiller still doing it alone, however, a company ignoring those bags of cash dangled in front of them if they’d just give up a little control. We recently went to a tequila tasting in Guanajuato’s Los Campos all-Mexican liquor and wine store for Cacahuin (CascahuÃ­n technically), conducted by one of the family members.

This company was established in 1904, giving them plenty of cred in Jalisco, with several generations building up the company and contributing to its success. You won’t be blown away by their bottles as they want the emphasis to be on what’s inside, but they do have nice artistic labels and there’s a subtle designation on the back of the label for all their bottles showing which lot they came out of in the production line.

Cascahuin produces two main product lines, which differ in the way they were produced. The main one follows the usual modern path with commercial machinery and controlled processes. The other uses more traditional methods, including a tahona lava rock wheel to crush the roasted agave after it roasts in brick ovens. The latter process is less efficient and takes longer, so naturally, the bottles from this method cost a bit more. So we’ll get to those in a minute.

Either way, you’re getting 100% blue agave tequila that’s produced from plants in the immediate area. “Many of the largest tequila producers buy the agave fruits from wherever they can get them,” explains Salvador “Chava” Rosales Trejo, grandson of the original founder. “There’s no terroir, no sense of place because the fruits are all thrown in together and blended.” Cascahuin takes a different approach, staggering the plants across their lands since they take so long to mature, ensuring that they’ve got a fresh crop each year. You don’t get massive this way, but it does ensure that you can produce a distinctive tequila that will stay someone consistent without getting homogenized. 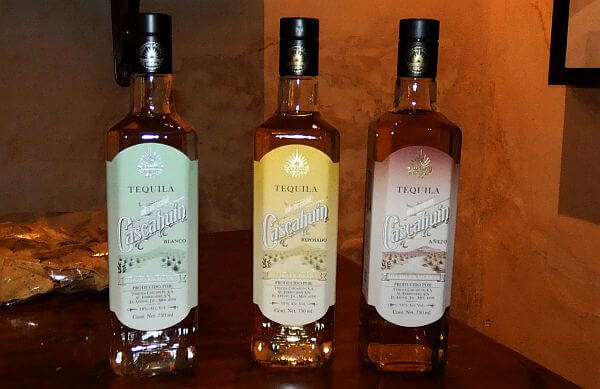 The regular line is pegged at the standard 38% alcohol for Mexico and it is consistently good across the blanco, reposado, and aÃ±ejo styles. The blanco is a standout, a much better option for sipping than you’ll usually find with what comes straight out of the still. You can smooth out some imperfections with barrel aging, but when the tequila is good from the start with none of that, it’s a good sign that you’re getting good quality throughout the process.

I usually drink reposado though, so I ended up buying a bottle of that to take home after really liking what I tasted. It’s a well-balanced tequila with just the right amount of sweetness and complexity, working well from nose to finish. It’s less of a “hair on your chest” tequila than many of the lowland versions around Tequila town, everything working in harmony with no extra alcohol burn that’s going to make you wince. It spends 6 to 8 months in used bourbon barrels before bottling.

Usually, when the first two versions are good, the aÃ±ejo one with the most aging is going to be too. That was the case here, though if you’re going to spring for that, I’d advise going all the way for their premium option. If you really like oak though, they have an extra anejo version that spent four years in barrels.

The premium tequila line from Cascahuin comes in at a higher alcohol level (42%) and as mentioned earlier, is processed with a big stone lava wheel crushing the agave fruits instead of a mechanized steel grinding machine. In theory, it shouldn’t make much difference, but I can testify that the tequila I’ve tasted across multiple brands that uses this slower process is always more interesting. The agave seems to burst through stronger and there’s more of a sense of the soil and plant in the final product. 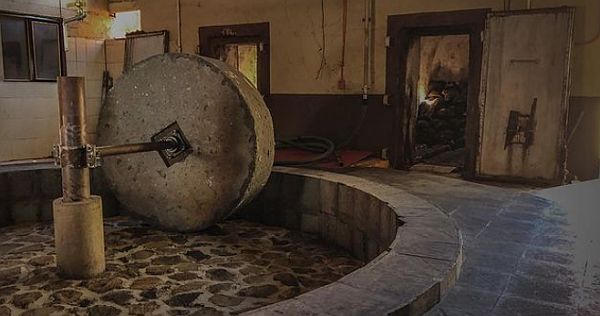 The regular Cascahuin blanco tequila is one of the best I have ever tasted, one of the few I’d be happy to sip for hours without looking for a mixer and some ice. The tahona version is the “and then some” option, a bit more intense and with more flavor profiles in the mix. In my experience, it’s best to let it breathe and settle a bit in the glass before that first sip because it’s pretty intense.

The nose is surprisingly mild though, despite the higher alcohol, and it’s worth savoring before you dive in. It’s sweet, spicy, and citrusy, pleasant enough that it could be a summer perfume. Then when you take a sip, you’re hit with a wide-ranging palate of flavors, including some you don’t normally experience in an unaged spirit. There’s the normal first alcohol impression you’ll get with anything that hasn’t spent time in a barrel, but then there are waves of anise, cloves, and green pepper joining the usual citrus notes.

This tahona version is not for everyone though. The people in my tasting group overwhelmingly liked the regular blanco better: it’s more approachable if you’re not used to drinking unaged spirits straight. If you are looking for something more intense though, check this one out. This was the second bottle I ended up buying.

We moved on to the reposado, which was terrific, and thought it would stop there. The host decided to share a bit of his premium option though and it really was something special. I’m not one to go out and spend $80 on a bottle of tequila in Mexico on a regular basis, but if you’re a tequila connoisseur or you’re buying a gift for someone who cares more about taste than the fancy bottle, seek this one out when you’re in Mexico. They only produce 380 liters a year of this extra-aged tequila, so it’s truly something exclusive and special.

For more information, see the official website in English and see this page for where they’re located in Jalisco.